Paul Arden, an eccentric, revered creative responsible for some of the U.K.'s most popular advertising during his 14 years as Saatchi & Saatchi's executive creative director, died Wednesday of a heart attack.

Mr. Arden, 67, left Saatchi in 1993 to start a film production company, Arden Sutherland Dodd, but continued to influence younger creatives with his first book, "It's Not How Good You Are, It's How Good You Want To Be," a best-seller published in 2003. 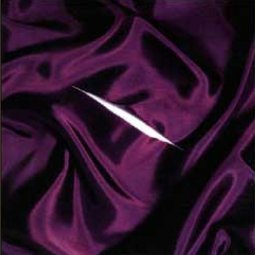 At Saatchi, Mr. Arden was known for the long-running Silk Cut cigarette campaign, and work for British Rail, Toyota and The Independent newspaper ("It Is. Are You?") The Silk Cut work, all variations on a piece of slashed, or cut, purple silk, was one of the few campaigns Charles Saatchi continued to work on personally, and Mr. Arden was pleased with the simple way the campaign's daring concept was approved back in 1983?Mr. Saatchi sold the idea directly to the chairman of Gallaher, maker of Silk Cut. For years, readers saw ads with cat's claws rending a piece of silk and synchronized scissors high kicking in front of a silk curtain. Everyone knew what the ads meant, but there was no copy or cigarette imagery, a perfect strategy as restrictions on tobacco advertising grew.

"Paul Arden was one of the most exceptional creative directors I've known, with an individualism and passion for perfection that resulted in some of the best advertising of the 80s and 90s," said Anthony Simonds Gooding, chairman of U.K. awards show D&AD, in a statement. "His idiosyncrasies made him unforgettable and his generosity and encouragement to students and young creatives is an example to all."

Mr. Arden was such a perfectionist that he was often maddeningly over budget, insisting that the smallest details be perfect, such as searching for a certain pair of wildly expensive spectacles to achieve just the right look on a face that would be seen briefly in passing in a TV spot.

His public appearances were talked about for years. In one industry talk, he stood silently next to a woman playing the cello. Another time he gave a speech with a naked man on stage, demonstrating that a person is a blank canvas. And he once hired an actor to babble onstage while Mr. Arden displayed meaningless charts. His point was that although no one in the audience knew what was going on, they would never forget it.