The interactive, annotated project celebrates 60 years of the show
READ THIS NEXT
10 latest creative trends in the time of coronavirus 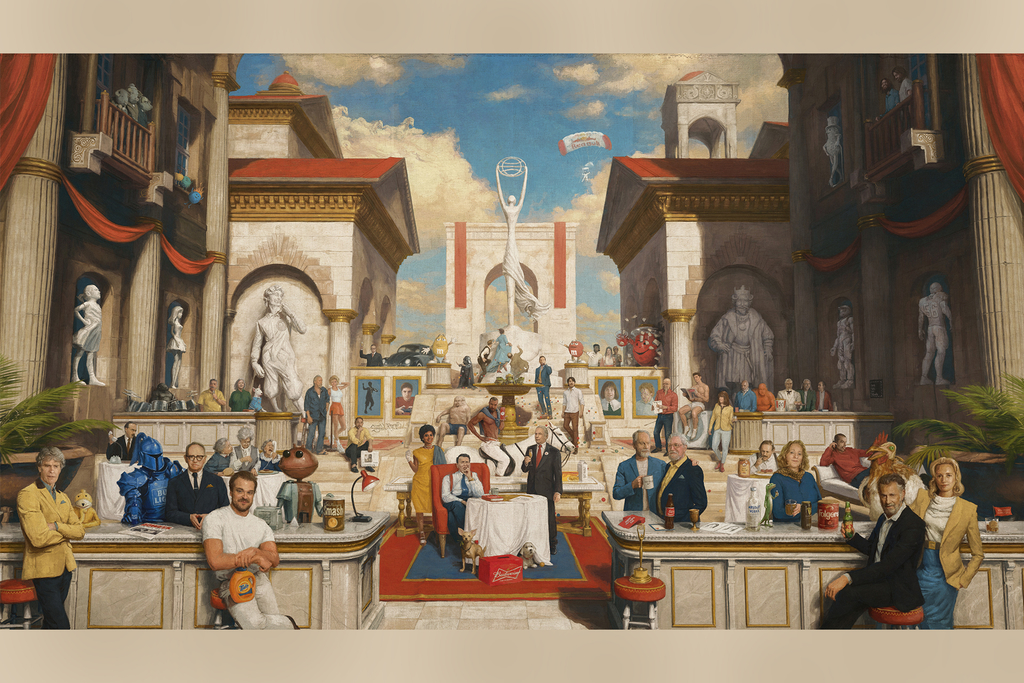 For 60 years, the Clio Awards have charted the ebb and flow of advertising. Each year’s awards act as a snapshot of the industry, honoring many of the most famous campaigns of all time and anointing the most successful players and agencies. The show has even made history itself a few times. (The storming of the stage in 1991 is a tale worthy of Kanye and Taylor Swift).

To celebrate six decades of awards, Clio commissioned an interactive, digital mural in the style of a Renaissance painting featuring influential ad men and women, brand mascots and homages to iconic campaigns ranging from understated (a simple can of Guinness, perched in front of Wieden & Kennedy Chairman Susan Hoffman) to eye-catching (the unblinking eyes of the Subservient Chicken).

The mural is a mashup of generations and genres, smashing the fourth wall much like the Kool-Aid Man in the background. Fearless Girl and Barbie adorn alcoves along with Burger King’s The King and Ronald McDonald in a “David” pose. Pioneering adman George Lois stands holding the “Esquire” cover he designed featuring Muhammad Ali. Behind him, the Levi’s Laundry Guy from BBH’s 1985 ad sits in casual undress atop a dryer.

A massive Clio Award rises above the gathering, as impatient hopefuls rush at it, enshrining the the 1991 debacle into the mural itself and linking to a 2016 parody of the event by Nick Offerman and Megan Mullally.

The painting, conceived by BBDO Los Angeles and illustrated by Brooklyn-based artist Sam Spratt, is digitally annotated. Viewers can mouse over each reference, highlighting individual people and items. Clicking through reveals more information—a biography, a bit of history or the actual ad to refresh dusty memories. And for even more Renaissance-inspired ad portraits, check out Creativity's 2008 effort.