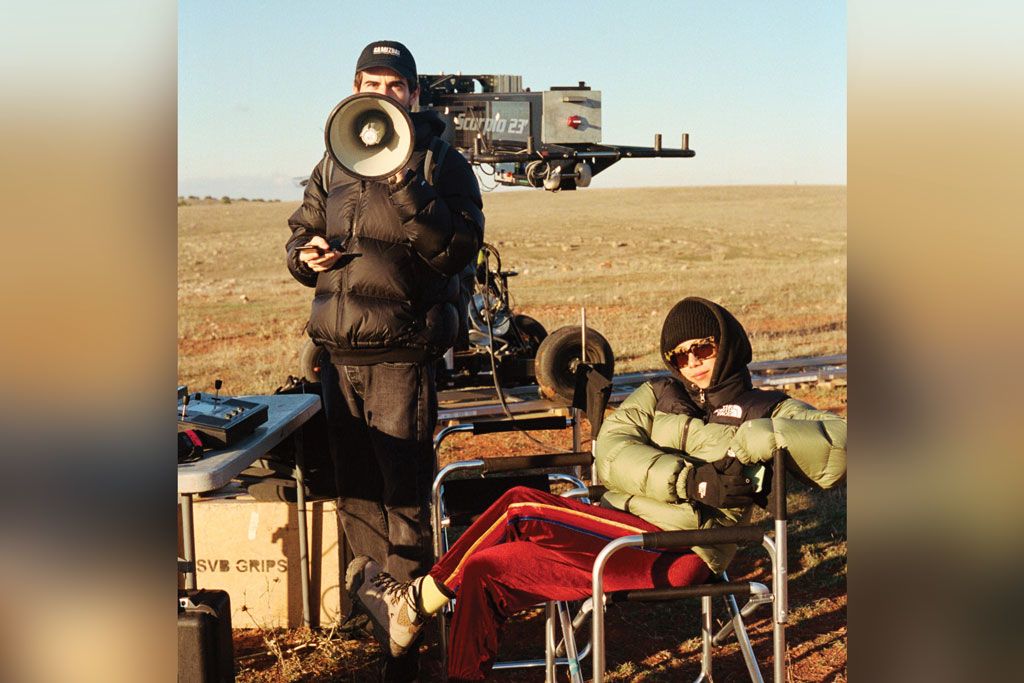 Though directors Diana Kunst and Mau Morgó each helm work independently, when they partner it results in trippy, fiery worlds. Kunst was behind A$AP Rocky’s “Fukk Sleep” video featuring FKA twigs, which followed the artists on a raucous rampage through dystopian New York City—a project which Morgó joined in the post process. The pair then went on to team on the painterly, otherworldly clip for Spanish singer-songwriter Rosalía’s track "De Aquí No Sales.”

The musician’s flamenco-infused pop comes to life against the plains of La Mancha, with the windmills that inspired Miguel de Cervantes’ “Don Quixote” —but in this case, they serve as the backdrop for a man who sets himself on fire. That work led to a project with Madonna: the video for “Medellin,” the first for her album “Madame X" as well as a video for James Blake's "Barefoot in the Park."

Kunst, who was raised in Spain by her Filipina mother and Basque father, began her career as a photographer while Morgó started as a graphic artist before moving into more experimental terrain at the intersection of art and tech.