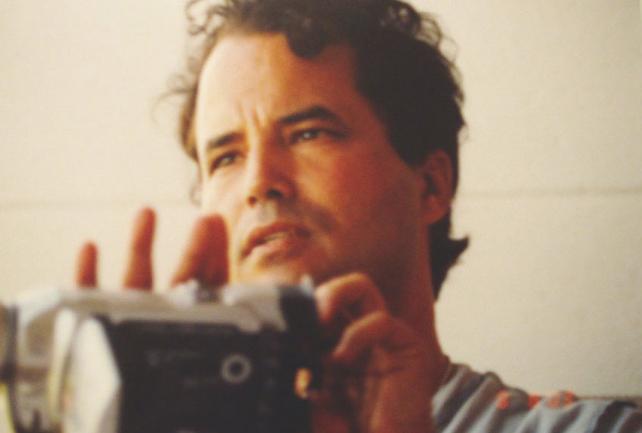 The ad industry has lost one of its shining lights with the death of Jeff Labbe. The creative vet-turned-director passed away on Tuesday in New Orleans. He was 53 and leaves behind his wife, Andrea, son Cadow and daughter Bronte, brothers Lane Paul and Ty, as well as many in the creative community still mourning his loss.

If you ever had a chance to meet Labbe in person, he was an unbridled creative force. And even though he admitted, "I'm not sexy, I'm not cool, I'm not hip," the Louisiana native was passionate about ideas and making them shine. And it showed in his work.

Before he turned to directing in 2003, he had already carved out a place in ad history, as an art director on notable spots like the poignant Nike "Beautiful," directed by the late Frank Budgen and which he created with his then-partner Mike Folino; the Grand Prix-winning "Beware of Things Made in October" campaign for Fox Sports and memorable ads for Levi's including "Badger" and "Crazy Legs" via TBWA/Chiat/Day. There was also a classic Nike spot that made the words "Chicks dig the long ball" a lasting part of baseball vernacular.

"I'm really going to miss that little motherfucker," Folino told Ad Age. In a post on Facebook, he also recalled, "I loved his big, passionate, generous, heart-stomping, uncontainable, take-no-prisoners talent … When I was too sentimental, Jeff brought edge. When I was too logical, Jeff 'fucked; the idea up' (in a really, really good way). And when I was too timid, Jeff gave the work bravery. As well as beauty. And energy...that unstoppable Jeff Labbe energy. I used to think I worked hard, until I worked with Jeff."

"I miss that madman," says creative vet Kash Sree, who was another of Labbe's partners at Wieden and then when the pair became creative leaders at Leo Burnett Chicago. " Jeff had no concept of other people's barriers. He would just push and push until he got his way. But he did it with such charm and energy that you just get sucked up into it and would just wonder how you got arrested afterwards. He was relentless and driven by emotion. it showed in his film."

Outside of the office, "I remember when we first moved to Chicago Jeff kindly babysat my 4-year-old son," Sree recalls. "Shaman showed us the 6-foot tall wall Jeff let him walk along. He also described the best night ever of rolling around in tickets on the floor of Chuck E Cheese's."

The Community co-founder Jose Molla, who had also been his colleague at Wieden, adds, "Jeff was a force, a great spirit that always energized everyone around him. We worked together for many years, not as partners, but in the same agency, and we stayed in touch for many years after. We were actually talking about doing a project together soon. His smile moved mountains, and it is the first thing you remember when you think of him."

"Jeff loved life and he loved work," adds long-time Wieden Creative Director Hal Curtis. "There was a joy he brought to anything and anybody he was around. His smile and his laugh were always there."

"We were good friends and worked for a long time together, and he was a really special creative both at Wieden and at Chiat with me," says Cutwater Founder Chuck McBride. "He really helped shape the agencies and the work we did. One thing I will always remember is we went out on these indie shoots and I was directing at the time, and he was so much fun. He'd be sitting there with his camera, taking pictures and really just became part of the shoot at the end of the day, which is one of the reasons I believe he became a director. He saw how much fun it was to photograph and make these images. I just let him go off with the camera men and he came back with some really lovely stuff and he was one of the few guys you could really trust with an execution."

Once Labbe stepped behind the camera to direct, his work continued to shine, on spots for KFC, Heinz and on risk-taking moves for the likes of Barnardo's, among others.

He was repped most recently out of Furlined in the U.S., Academy Films in the U.K. and Sweetshop in Australasia.

"It has been an honor and privilege to work with Jeff in an official capacity this last year," says Furlined's founder Diane McArter. "Our relationship runs so much deeper. A friend, colleague and partner to many of us for some 20 years. Jeff's lust for life, his artistry, his passion and uncompromising drive to tell stories in work and life is unmatched. Jeff's love for his family, Andrea and Cadow and his pride for his community in Louisiana made Jeff a unique spirit, tough, compassionate, darkly funny, loyal and deeply caring.The industry has lost a trailblazer and the world has lost a truly great human being."

And words from Academy Films, his production shop in the U.K.: "Jeff was a hugely talented writer, director, and photographer, and an intensely passionate, funny, loyal and loving man with an infectious laugh, and a heart as big as his beloved Louisiana. He will be desperately missed by all who were lucky enough to have known and worked with him. The industry has lost a true maverick and we have lost a true friend."

A memorial service will be held on Saturday in Louisiana. In lieu of flowers, Labbe's family has requested donations be made to help support 11-year-old son Caddow's schooling and college education.

His former partner Folino also notes, "I can hear Jeff's voice saying, 'You're all getting too mushy. Do something for crissakes,'" so he encourages friends and loved ones to share their funny Jeff stories on Facebook.

See more of Labbe's work on his Vimeo page.