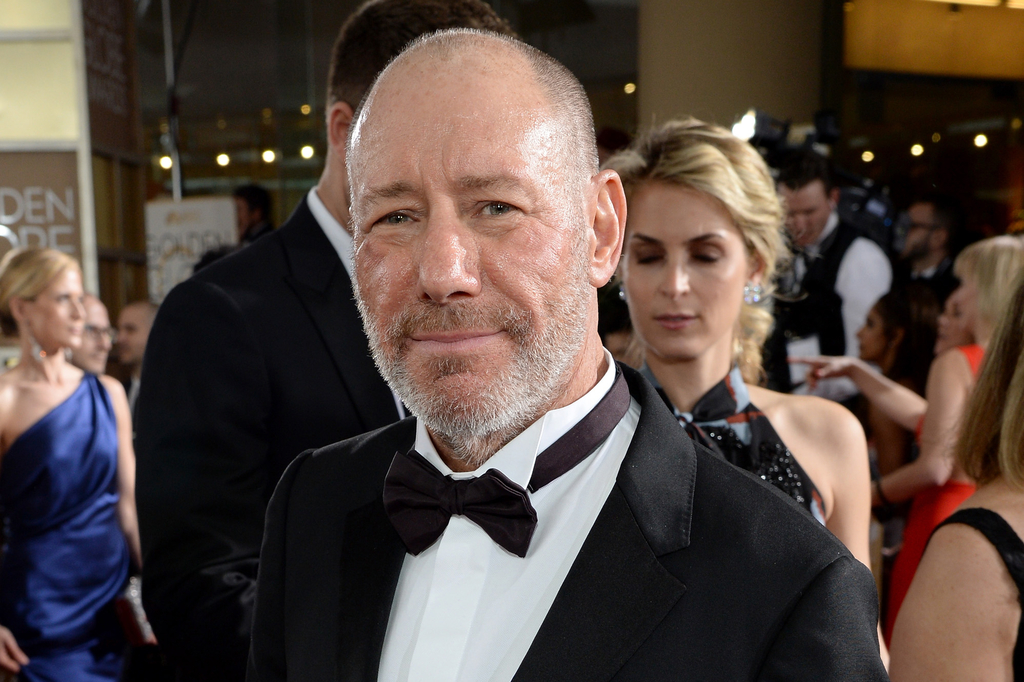 The advertising and entertainment and worlds have lost a giant. Steve Golin, founder of production firm Anonymous Content, passed away in Los Angeles at the age of 64 on Sunday, following a years-long battle with cancer.

A veteran Hollywood producer, his numerous critically acclaimed and award-winning features include ”Babel,” “Eternal Sunshine of the Spotless Mind,” “Being John Malkovich,” ”Spotlight,” and “The Revenant,” and TV series such as “True Detective” and “Mr. Robot."

Golin also made an indelible mark on the advertising world.

As co-founder of Propaganda Films, which opened in 1986, he helped to inject advertising with the cutting-edge creativity and energy of MTV-era music videos. The company was arguably the first big “brand” in ad production and boasted a unique talent-first model that helped to launch the careers of directors including Spike Jonze, David Fincher and Michael Bay. In 1999, Golin went on to open Anonymous Content, the advertising and entertainment production firm that pioneered the integration of talent management and production.

Anonymous became home to some of the industry’s most impressive ads, including Nike’s “Write the Future" and Procter & Gamble’s “Best Job"—both directed by Alejandro González iñárritu—and, most notably, BMW Films’ “The Hire" out of Fallon Minneapolis. Named to Ad Age’s top campaigns of the 21st century, the seminal branded-content series raised the bar on how marketers would interact with consumers going forward.

The 2001 project famously brought together Golin and director David Fincher as producers, and behind the camera were John Frankenheimer, Ang Lee, Wong Kar-Wai, Guy Ritchie and González-Iñárritu.

“He was the buffer of reason and sense,” says David Lubars, chief creative officer, BBDO Worldwide and chairman, BBDO North America, who steered the project while chief creative at Fallon Minneapolis. Throughout the challenges of working with different creative personalities, “Steve kept the machine oiled and running smoothly. It was a never-done-before project, so that’s more important than you can know. He was the epitome of class and integrity.”

“He was instrumental in creating a whole new genre with us,” adds Bruce Bildsten, the former Fallon creative director who now serves as executive creative director at Best Buy’s in-house agency. “The original idea was a long film delivered in chapters, but together, Golin and Fincher recognized that it would make more sense to divide it into individual films and were confident we could get top directors to take part that way. It was brilliant because you were able to get great names, but it wasn’t such a massive time commitment. That made it easy for them to say yes.”

The campaign went on to inspire the Cannes Lions to introduce the Titanium Award, honoring ideas that push the industry in new directions yet defy categorization.

Golin also had an eye for talent.

Jeff Baron first worked with Golin at Propaganda and then for more than a decade at Anonymous Content. He's now managing director at Stink. Golin “was a model of professionalism and a daily source of inspiration," says Baron. "He didn’t mince words. ... At the same time, he always had time to ask about family and kids. His office was always open and made time for anyone that needed his advice and attention."

"He was an extraordinary human being,” says Michael DiGirolamo, founder of production company Hey Wonderful, who also worked with Golin at Propaganda and then at Anonymous. “With integrity, confidence and kindness at his core he often said, ‘Listen to the directors’ vision and what they want, and never forget it always comes down to good material.'"

Sally Campbell, co-founder of Somesuch, says she and husband and company co-founder Tim Nash "idolized him. He was our mentor. He made you feel everything good was possible no matter who you are or what your stature within the film industry. ... And he gave us advice that changed the structure of our company."

“Like many, my partners and I looked up to him—of course for his exceptional achievements and phenomenal taste but as importantly for his honesty and gentleness," says Charles-Marie Anthonioz, founder of Iconoclast, who partnered with Golin on advertising projects and features, including Gus van Sant’s “Don’t Worry He Won’t Get Far on Foot” and Harmony Korine’s “The Beach Bum.”

“Steve said to me recently, ‘Where do you want to be in five years?’ I said, ‘I want to be you!’" says Kerstin Emhoff, co-founder of Prettybird. "He built a multidisciplinary powerhouse of a creative company that is enviable to all.”

When BMW revisited BMW Films for its 15th anniversary, the company tapped some of the original team, including Anonymous Content and Bildsten, to make it happen.

“As soon as they gave us the thumbs up, we called Steve and Eric Stern [Anonymous Content partner and managing director, respectively] and they were on a plane the next day to New York,” Bildsten says. “Here’s Steve, juggling all these films and series, and he sat down, rolled up his sleeves and got right into it as always.”

Former Fallon director of broadcast production Brian DiLorenzo, who now runs his own company Ming Studios, saw the project as a “full-circle” moment. “When I was a young producer, [Golin] was the ultimate producer to aspire to,” he says. During the BMW anniversary job, a decision had to be made on a crucial production issue. “If there was ever a chance to demonstrate to Steve my well-honed production battlefield chops, this was it,” DiLorenzo says. He shared his thoughts on where the project should go, and Golin said, “I agree,” he recalls.

“Those two words were literally transcendent to me,” DiLorenzo says. “The world’s greatest producer said I was right!” He says Golin then added, “‘Look. 50% of the time you’re right and 50% you’re wrong. Let’s see what happens.’ Got me. Though I’m 100% certain he was right more than 50% of the time.”

Ahead of the last presidential election, Golin leveraged his connections and influence to pull together a wide-reaching celebrity-filled campaign encouraging Americans to get out and vote. Voting for him had been a passion project since the '90s, when he had worked on Rock the Vote for MTV.

“I’ve always been interested in people having their voice heard and being politically active," he told Ad Age at the time. "Our effort is more important this year than ever before, especially with what’s at stake with the Supreme Court."

“Steve created a family—he meant the world to many of us and will leave a lasting impression on our lives,” said the partners at Anonymous in a statement. “Together, we will continue to build upon the immense legacy Steve has left us.”