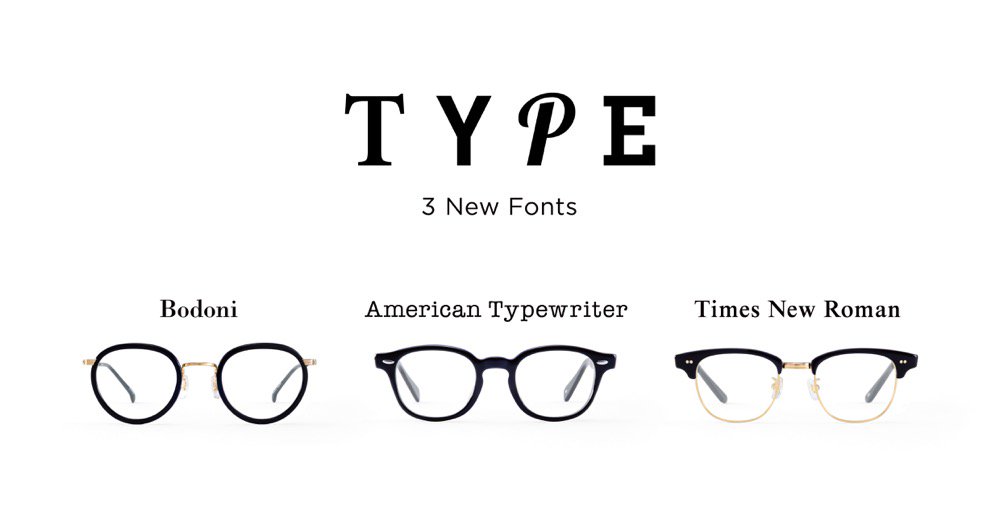 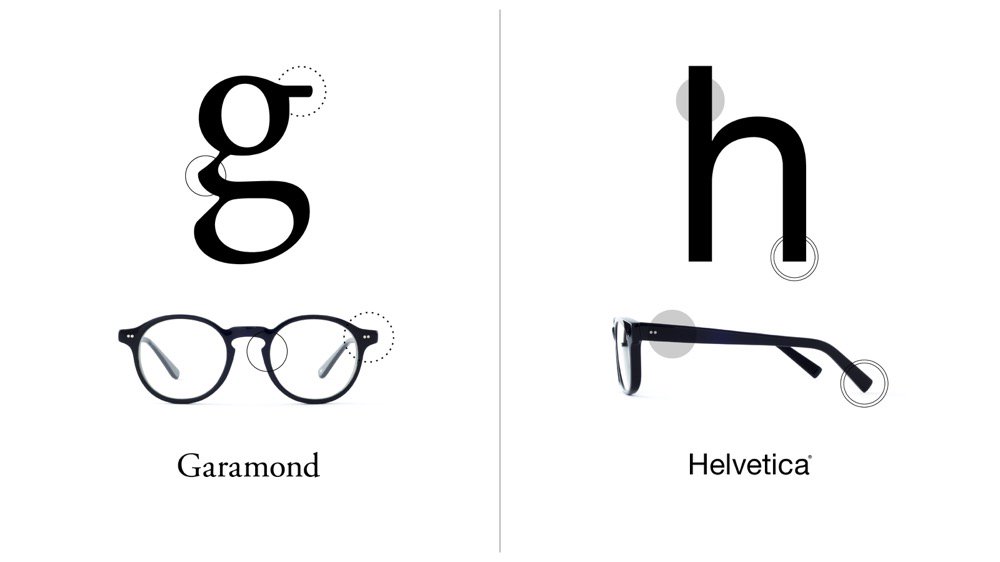 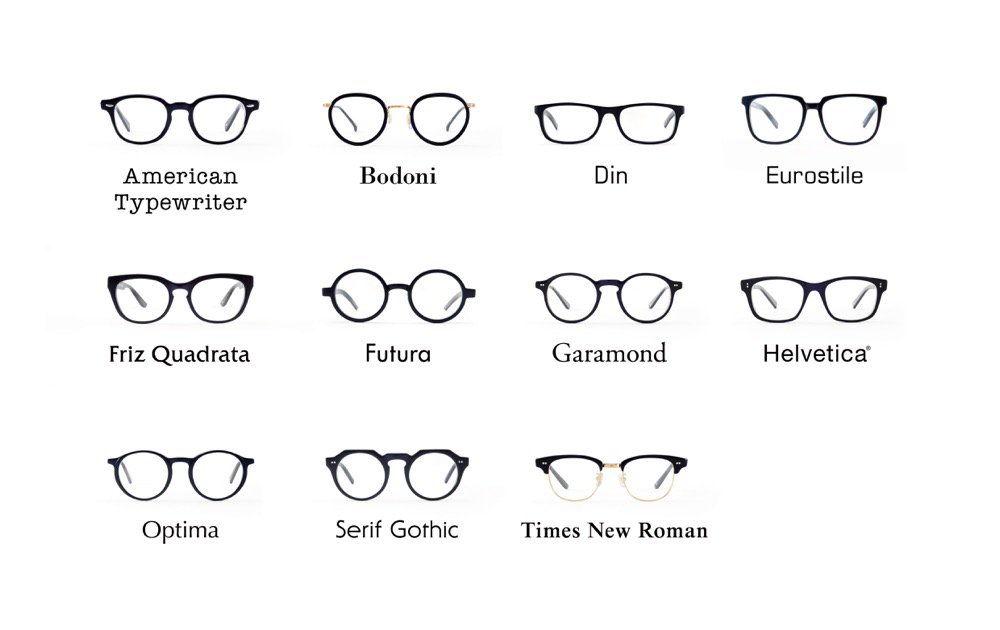 It's unusual enough that an ad agency helped design a brand of eyeglasses, but what's really surprising is the basic concept: spectacles inspired by and named after different typefaces.

Over the last 20 months, Wieden & Kennedy Tokyo and a Japanese online retailer, Oh My Glasses, have released eyewear inspired by fonts ranging from Futura (cool and round) to Times New Roman (geekishly chic).

The first offerings of their brand, called Type, were Garamond and Helvetica, in January 2014; this month just brought Bodoni, Times New Roman and American Typewriter. Like real typefaces, the frames come in light, medium and bold. Like typical specs selections, the glasses come in clear and tortoiseshell, not just black, and there's an option for sunglasses.

The brand doesn't do italic versions, although Wieden made an April Fool's joke on that front. And despite speculation about what (butt of designer jokes) Comic Sans might look like as frames, people will have to keep wondering.

Ad Age spoke with W&K Tokyo Executive Creative Director Tota Hasegawa to find out more about the making of the eyewear brand that has captured the attention of bespectacled typeface aficionados around the world.

Ad Age: Glasses inspired by typefaces is a pretty unusual idea. How did you get there?

Mr. Hasegawa: We kept looking at portraits of people wearing glasses and noticed that there is a certain tendency between their types of glasses and their avocations. For instance, a lot of graphic designers wear glasses, and there is something in common between the characteristics of their glasses and the style of their work. A designer who creates delicate designs tends to wear simple thin frame glasses. And then one day we realized that glasses are actually very similar to fonts.

Mr. Hasegawa: Glasses express a personality the way a typeface expresses a message. If you think of someone's personality as a message, different glasses change how that message is going to be delivered.

Ad Age: You're an agency, not glasses designers. So what was the design process like? 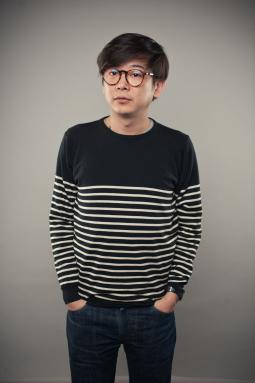 Mr. Hasegawa: We were introduced to two eyewear glasses designers. We briefed them on the history of a typeface, the shapes, where it fit in to the world of typefaces. And then they took our brief and came back with a sketch. We made suggestions and had three or four sessions to finalize the design. We learned quite a lot. Every millimeter is very crucial for them. On paper things might not look like much of a change, but when you try it on your face you can really see the difference.

Ad Age: Some of the typefaces are easier to see in the glasses than others. Bodoni is pretty obvious; Helvetica not so much. Why is that?

Mr. Hasegawa: Some of the glasses are more impressionistic interpretations. Helvetica has a lot of parallel lines. At first we wanted to have really parallel lines on the arm of the glasses, but that would have been very uncomfortable on your ears. Helvetica is a very simple and plain font, so we tried to give priority to how that simplicity would look in glasses rather than following the shape literally. We tried to balance between the adaptation of the shape and the cultural and contextual background of the font.

Ad Age: It's interesting that this concept comes from Japan, where you use a different writing system. Do you think that influenced how you view Latin typefaces?

Mr. Hasegawa: I haven't really thought about it. But when I'm reading a kanji, the meaning comes first. An English character looks like an abstract shape at first glance if you are not used to it. Maybe that way of looking at English characters helped me to find similarities between the shapes of glasses and typefaces.

Ad Age: Did you have to worry about copyrights on typefaces?

Mr. Hasegawa: We researched that, and all were clear except for Helvetica. It's linked to [typeface company] Linotype so we had to work that out with them to use Helvetica as a product name.

Ad Age: The brand is available only in Japan for now. Will that change?