In the eight-plus months since Marissa Mayer became Yahoo CEO, the company has spent a lot of time trying to win over consumers, new hires and entrepreneurs. Just this week, it continued a months-long acquisition spree in mobile, buying Summly, a mobile news app created by a 17-year-old wunderkind.

Yet while Marissa Mayer goes on the "Today" show to talk about Yahoo's new homepage and talks to Wall Street about the portal's "daily habits," its advertising clients are growing tired of waiting for both attention and insight into Ms. Mayer's vision, according to about a half-dozen senior executives at big holding-company-owned media shops. 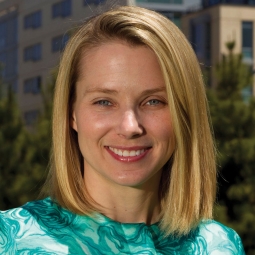 Wall Street certainly has confidence in Yahoo under Ms. Mayer; the company's stock price is up more than 50% since she became CEO. At the same time, many in the industry feel that the displeasure among ad agencies will catch up to the company in the long run, if not remedied soon. A key part of that remedy will surely be the executive it hires to run its Americas business -- that search is the focus of much industry interest. But some execs warn it can't afford to wait.

"It's crucial. Absolutely crucial," said one senior agency executive, who would only speak about what he described as a deteriorating relationship with Yahoo on a condition of anonymity. "I don't know what their strategy is, but if it includes agencies then they are going to have to fix what they currently have."

This executive said that Ms. Mayer and COO Henrique De Castro have made it clear that they have little interest in building relationships with media agencies -- the outfits that decide where big advertisers spend their advertising dollars. Mr. de Castro, for example, has been known to ignore important emails from senior agency executives.

Many in the industry were also disappointed with his speech at the recent Interactive Advertising Bureau annual meeting; several execs in attendance said he presented an elementary Yahoo sales pitch more appropriate for consumers who knew nothing about how the company makes money than agencies looking for real updates.

"I continue to be astonished at how lackadaisical they are in dealing with us," the exec said. "And not just Henrique; Marissa too. They don't think agencies are important."

There's a certain amount of ego at play here; media agencies -- especially ones in control of the biggest budgets -- are used to publishers catering to them. They want to feel like partners, instead of just clients that help to pay Yahoo's bills. It's a game as old as the industry. And it doesn't help that many agency executives had extremely close relationships with Ross Levinsohn, the former Yahoo Americas chief and interim CEO.

Former Google engineer Ms. Mayer has re-fashioned Yahoo as a "tech company," and part of that appears to mean doing away with the chummy relationships agency execs expect from media companies. Indeed, in their roles at Google, neither Ms. Mayer nor Mr. De Castro worked closely with agencies, and thus far at Yahoo have felt no need to start.

Yahoo sales leaders below the C-level don't have much information to share yet on future Yahoo consumer and ad products. And they await a new leader in the yet-to-be-hired Americas chief who will be the highest-profile advertiser liaison; one person familiar with the situation told Ad Age Yahoo doesn't appear to be close to making that hire. This person also said that Ms. Mayer is expected to become more visible on the ad industry circuit in the coming months.

In the past, Yahoo was big on giving ad agencies a look at their product roadmap and drumming up support for what they were building, according to Adam Shlachter, senior VP-media at Digitas. But in the last eight months, that hasn't happened much, he said.

Rob Norman, chief digital officer at GroupM Global, the giant WPP media group, said Yahoo's problem with agencies and advertisers doesn't emanate from who is leading the company, but rather from the lack of compelling sales narratives beyond the size of its audience.

"Yahoo has become less central to the way people think about online marketing," he said. "When that happens, you have to recover relevance. The challenge for Yahoo management -- a business challenge and a communication challenge -- is to make yourself relevant again. I'm much less worried about the 'who' than the 'what.'"

Yahoo has to be able to sell advertisers on how they can help solve their biggest business problems. Right now, that's not happening, Mr. Norman said. He also said that the new messaging from Yahoo about being the place for "daily habits" may be a good internal rallying cry, but is too portal-sounding as an external message.

Briefed on the details of this article, Yahoo issued the following statement: "Our relationships with advertising agencies and holding companies, as well as advertisers, are critically important to Yahoo. We've recently built out a team to specifically focus on our relationships with agencies, and we're working to present our capabilities in a more integrated way. We also built our team around vertical industries so we can move fast and meet the specific needs of our customers no matter what business they're in. We are very committed to developing lasting partnerships going forward."

Despite growing impatience across the holding companies, there are some executives who think the company's approach is refreshing. Jeff Lanctot, chief media officer at Publicis Groupe agency Razorfish, believes Ms. Mayer and other Yahoo management are focusing on the right things.

"My view is that if Yahoo can win over entrepreneurs, it will help drive innovation," he said. "If they innovate, that will help win over consumers. You know what agencies flock to? Innovative companies that consumers flock to."

Steve Katelman, exec-VP of Global Strategic Partnerships, Digital at Omnicom Media Group, is another agency leader who is still cautiously optimistic. Ms. Mayer, he said, deserves the benefit of the doubt as she fixes problems internally.

"If she would have come out right away saying 'Here's how we're going to do everything,' I would have been extremely skeptical of that," he said.

"But if you call me back in six months and things haven't changed," he added, "I'll be way far on the other side, saying 'Time is up.'"