READ THIS NEXT
What happens if Microsoft buys TikTok, and where brands go if the app is banned in the U.S. 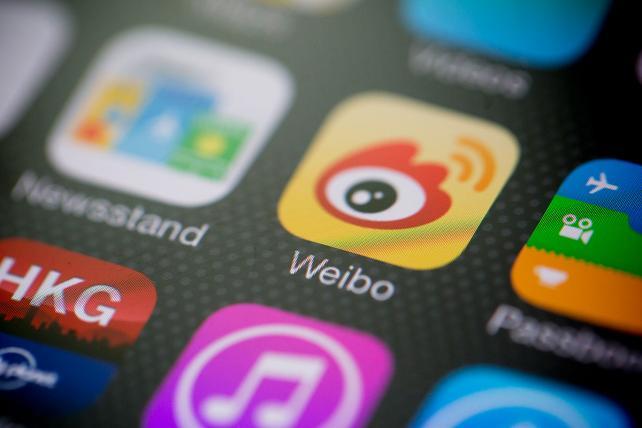 China's Weibo microblogging service has been making a comeback, as witnessed by its 2016 annual results. The platform's efforts on video content and live streaming helped boost 2016 ad and marketing revenue by 42%.

Weibo is China's answer to Twitter -- except that it's on the up-and-up, while Twitter's ad revenues fell in the most recent quarter. Weibo is worth more than Twitter by market capitalization, and its user numbers are now almost on par with Twitter's. The Chinese platform said it had 313 million monthly active users in December, up 33% from a year earlier. Of those, 90% were on mobile. Twitter had 319 million monthly active users globally at the end of 2016. (Like most Western social media, Twitter is blocked by China's Great Firewall, so most of the mainland can't access it.)

One key to Weibo's success is that it has worked with TV networks and Youku, the Alibaba-owned video streaming platform, to get more video content on its platform. The NFL recently began streaming its games live on Weibo, including the Super Bowl. CEO Gaofei Wang said on an earnings call that daily video views on Weibo had increased about sevenfold in December from the previous year.

Weibo has also enticed more user-generated video, and it introduced live streaming, which became one of the breakout trends of 2017 in China, fueled by fans sending virtual gifts to live streamers that can be converted into real money.

Internet celebrities and influencers discuss topics from fashion to cars on Weibo, and the company said it would help its online stars better "unlock their monetization potential" with advertising, subscriptions and e-commerce. It has also worked to guide influencer traffic more seamlessly to Alibaba Group's e-commerce platforms. Alibaba is a shareholder in Weibo.

In the year ended in December, advertising and marketing revenue at Weibo increased 42% from the year earlier period to $571 million. Total net revenues were up 37% to $655.8 million, and net income rose 211% $108 million, said the company, which spun off from internet company Sina Corp. in 2014.

Weibo has spent several years in the shadow of WeChat, the all-purpose Chinese mobile app that has transformed how people in China communicate (it has replaced texting), but also how they pay in restaurants, book taxis and hotels or order movie tickets. WeChat, launched by Chinese internet giant Tencent Holdings, has 846 million monthly active users, most of them in China. It has treaded carefully on monetization to prioritize user experience. Though it has been steadily boosting its ad revenues, it puts limits on how often brands can reach out to their followers, and ads show up sparingly in users' news feeds.

For marketers, there are some advantages to Weibo. In a report on 2017 Chinese social media trends, China-focused social media agency Totem noted Weibo's comeback and said that "for brands trying to build awareness/reach, Weibo may be more effective than WeChat. It's also more measurable." The ties to Alibaba's e-commerce universe also boost its attractiveness to brands.

Weibo, like all Chinese social media, is closely monitored and censored. Earlier this week the platform made headlines when a feminist group in China said its account had been suspended for 30 days. The group, Feminist Voices, said it believed the move was sparked by a post about the women's strike planned for March 8 in the United States.