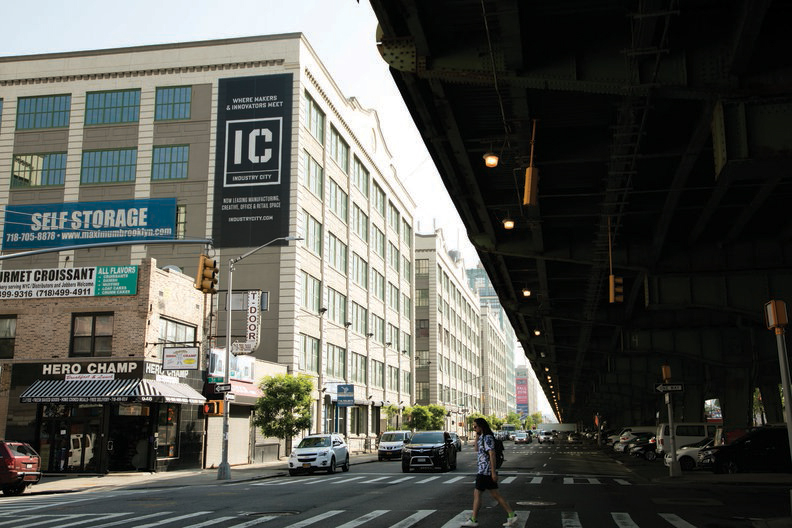 The ecommerce behemoth is searching for a massive space where it can operate a logistics facility that lets it quickly deliver orders to customers, several sources familiar with the company’s search say.

One location the nearly $1 trillion company is considering is in Industry City, a sprawling campus of buildings situated along the waterfront in Sunset Park.

A spokesman for the partnership of real estate investors that own the 35-acre property, including Jamestown, Belvedere Capital and Angelo Gordon, said the group would not comment on the potential deal.

It wasn’t immediately clear how much space Amazon is seeking. But a source said the company could rent as much as 1 million square feet, with options to expand.

Industry City isn’t the tech giant’s only option in Brooklyn. Nearby, the city’s Economic Development Corp. has been seeking a developer to build a large distribution facility on a parking lot at the Brooklyn Army Terminal, which the EDC operates. It wasn’t immediately clear if Amazon was considering that site as well. EDC led the initially successful effort to land Amazon's second headquarters project, which the company planned for Long Island City but abandoned in mid February.

Amazon has grown its logistics facilities rapidly in the city in recent years, leasing a nearly a million square foot warehouse in Staten Island last year and earlier this year leasing a more than 100,000 square foot space in the Bronx. A real estate source familiar with Amazon’s thinking said the company anticipates needing millions of additional square feet as it continues to grow in the city.

However, the firm has yet to establish a large presence in Brooklyn, a borough with millions of square feet of former industrial spaces that can be re-purposed for logistics.

An Amazon spokeswoman said it has not signed a deal at Industry City nor committed to any spaces elsewhere in Brooklyn.

She said the company wouldn't comment if it were considering or negotiating for space at Industry City, stating that Amazon declines to discuss speculation. “We don’t have anything confirmed in Brooklyn," she said.

On Feb. 14 Amazon dropped its plans to build a 4-million-square-foot second headquarters in Long Island City after encountering opposition from neighborhood groups and elected officials.

Daniel Geiger
View all articles by this author