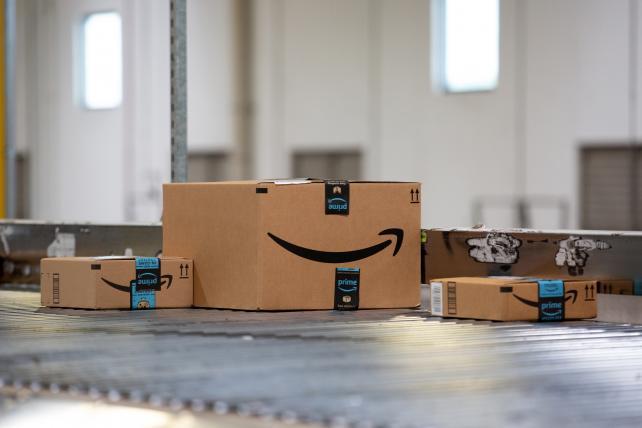 Amazon.com cracked down on fake reviews two years ago by prohibiting shoppers from getting free products directly from merchants in exchange for writing reviews. It was a major turning point for the world's largest online retailer, which had previously seen "incentivized reviews" as a key way for consumers to discover new products. Amazon changed course because it realized some merchants were using such reviews to game its search algorithm, undermining faith in the customer feedback that helps drive e-commerce.

Amazon instead used its "Vine" program, in which Amazon serves as a middleman between prolific Amazon reviewers and vendors eager for exposure. Amazon would still allow freebies in exchange for feedback so long as there was no direct contact between its retail partners and reviewers, theoretically lessening the chance of quid-pro-quo. Amazon would select shoppers eligible for the program, and Amazon vendors would pay a fee and provide free products to participate. But there was an important group excluded from the Vine program: independent merchants who supply about half the goods sold on the site.

Now those excluded merchants and review watchdogs are alleging Amazon is guilty of the review manipulation the company said it was trying to prevent. Amazon uses Vine extensively to promote a fast-growing assortment of its own private-label products, distributing free samples to quickly accumulate the reviews needed to rise in search results and boost shopper faith in making a purchase. It gives Amazon a big advantage when introducing its own brands over third-party merchants who are more vulnerable to Amazon's private-label competition than prominent brands already in stores.

The merchants' complaints have taken on heightened importance amid a European Union antitrust probe into whether Amazon advantages its own merchandise over rival products on the site. The explosion of Amazon's private-label brands is a key focus of inquiry, according to questionnaires regulators sent to Amazon merchants and reviewed by Bloomberg News.

Marketplace merchants introducing new products can use Amazon's Early Reviewer Program to get reviews. This program prohibits the distribution of free products, is far more restrictive than the Vine program and gives reviewers fewer rewards. An Amazon shopper writing a review for the Early Reviewer Program can get an Amazon gift card worth up to $3 as a thank you. Those selected for the Vine program can accumulate thousands of dollars in free merchandise.

Private-label brands aren't unique to Amazon, of course. Big-box retailers and grocery stores use their own brands to appeal to price-conscious customers and keep brand names from raising prices too high. But Amazon is in a unique position given the vast consumer data it has collected covering a broad range of categories. A typical big-box store carries about 100,000 products while Amazon sells hundreds of millions. Amazon's private-label products include batteries, diapers, phone chargers, tortilla chips, dresses, foam mattresses and even microwave ovens. Its own brands will grow to sales of $25 billion in 2022, according to SunTrust, Robinson Humphrey Inc.

Amazon has more than 120 brands, about 100 of which were introduced over the past two years, according to TJI Research. One is Amazon Basics motor oil. Less than three months since its July debut, the product has a 4.5-star rating based on about 100 customer reviews. That's almost as many reviews as a similar Valvoline product sold on the site for six years. More than 80 percent of the reviews for Amazon's new oil came through the Vine program; the Valvoline oil had zero Vine reviews.

This is a distinction lost on many shoppers who simply eyeball the overall product rank. Amazon labels each Vine review with a green icon, but only those scrolling through pages and pages of reviews see the full extent of how Amazon uses freebies for reviews.

The abundance of Vine reviews makes Amazon motor oil's 4.5-star ranking meaningless, says Saoud Khalifah, whose Fakespot monitors online reviews. The Amazon oil reviews were written predominately by professional reviewers in it for the freebies who give generic positive feedback and little useful information, while the 108 Valvoline reviews were left by "gearheads that are really into their cars," he says.

"It's a night and day difference in content," Khalifah says. Fakespot, which grades reviews for Amazon products, gave the feedback for Amazon motor oil an F and reviews for Valvoline an A.

A review of Amazon customers in the Vine program reinforces Khalifah's point. One customer named "Smart4" wrote reviews for nearly 40 products—all received for free through the Vine program—in a single day. The merchandise, which included toys, strollers, clothes and electronics, was worth more than $3,000. Amazon doesn't limit the number of products Vine reviewers can sample.

Even though Amazon says Vine program participants aren't required to leave good reviews, the people getting free products probably feel obliged to, especially when the freebies are Amazon brands and Amazon is the one that sends them so much valuable merchandise, says Tommy Noonan, founder of ReviewMeta, another site that monitors customer reviews.

"The whole reason the Vine program was supposed to work was because Amazon would run it itself and make sure the brands are not cherry-picking reviewers or complaining to reviewers about critical feedback," he says. "Now that they are putting their own products through it, it's no longer a neutral third party. It seems like a potential conflict of interest."

Several merchants selling goods on Amazon say their sales fell after Amazon introduced similar private-label products that were heavily promoted on the site, both through Vine reviews and through sponsored search placement on the site. Amazon is increasingly a pay-to-play platform, giving prominent page presence to paid advertisers, including its own brands. The merchants spoke on condition of anonymity, fearing retribution from Amazon.

Antitrust regulators are unlikely to find that Amazon's practices are hurting consumers by driving up prices, says Justin Johnson, an economics professor at Cornell University who specializes in antitrust issues. Yet they could find that Amazon stifles competition by pushing its own brands on a platform it controls, discouraging merchants from developing and posting new products on the site. Such findings would be sufficient to levy fines and force the company to change its behavior, he says.

"You can certainly tell a story of competitive harm if you find examples of driving out competition and stifling innovation," he says. "If you're going to introduce new regulations and levy fines, I'd hope there would be some evidence of consumer harm and not just a bunch of unhappy merchants."