Amazon under fire in Europe as Germany adds antitrust probe 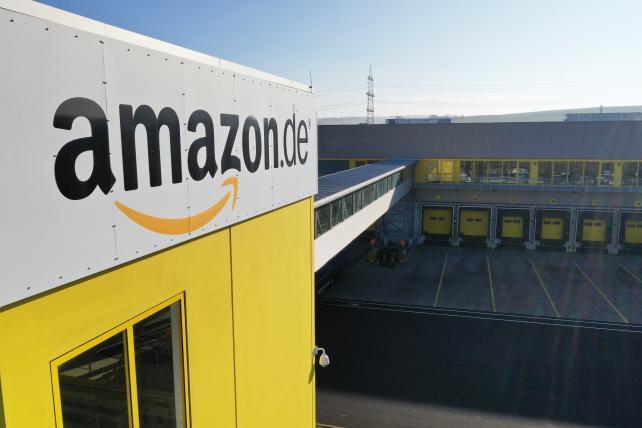 Amazon's "double role" as Germany's largest retailer and biggest online host for smaller stores is the target of an antitrust probe into the terms the company sets for other sellers, the German Federal Cartel Office has announced.

The investigation into Amazon's biggest market outside the U.S. adds to European Union scrutiny of whether the company gathers information on rival sellers' successes to help launch its own products. German regulators said they'd received "numerous" complaints from sellers.

Europe is a tough regulatory landscape for big technology companies, with fines raining down on Google, a hefty back-tax bill for Apple, and the threat of new laws to straitjacket how online platforms handle their customers. Facebook is also being probed by the German antitrust authority over whether it imposes unfair privacy terms on users.

"Amazon functions as a kind of gatekeeper for customers," said Andreas Mundt, the head of the authority, the Bundeskartellamt, in an emailed press release. "Its double role as the largest retailer and largest marketplace has the potential to hinder other sellers on its platform."

Amazon "will cooperate with the Bundeskartellamt and continue working hard to support small and medium-sized businesses and help them grow," the company said in an emailed statement.

Mundt will be looking at terms of business and related practices that breach antitrust rules. That includes liability provisions that could disadvantage sellers, contract clauses that restrict where sellers can take lawsuits against Amazon, rules on product reviews and the "non-transparent" process of blocking and closing seller accounts. The probe will also look at withholding or delaying payment and clauses that assign rights to use information a seller must provide on the products it offers and the terms of business for delivery.

The German authority must prove that Amazon holds a "dominant position" or that the sellers are dependent on the company. "There are indications of both," it said in its press release, adding that it saw "a possible market for marketplace services for online sales to consumers."

If regulators prove their case, they would be putting online platforms in the firing line for how they treat users, moving away from an older way of looking at buyers or sellers.

EU governments largely backed new draft rules Thursday for how online platforms should treat customers fairly, including setting clear terms of service and improving how they handle complaints. They must still negotiate the final version of the rules with EU lawmakers, who still have to vote for what they want to see.

It's unusual for a smaller European antitrust authority to take a similar probe to one handled by the EU. The German Cartel Office insisted its case supplements the EU's early-stage inquiry.

EU Competition Commissioner Margrethe Vestager said the German case is "totally different" from the EU's focus on "the question of sensitive data on sales" by other vendors and how Amazon might use that to its own benefit.

"We've received lots of data to do that, among others from Amazon themselves" and sellers, she told reporters at a Paris conference. "We haven't opened a case with Amazon. We're still in the days of finding out if we have a case from the data we get."