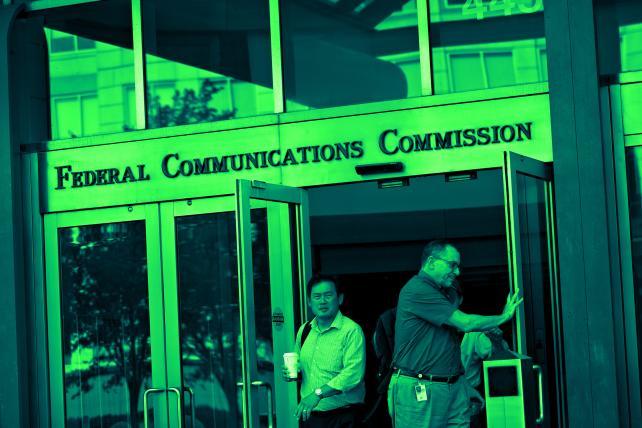 Twenty years ago, automakers won exclusive rights to use a portion of U.S. airwaves for ultra-safe "talking cars" that would communicate with each other wirelessly, seeing around corners and averting collisions.

That future hasn't arrived. And now with just one talking vehicle on the roads -- a lone Cadillac model -- cable providers want to loosen automakers' hold on the frequencies.

NCTA-The Internet & Television Association, a trade group with members including top U.S. cable provider Comcast Corp., on Tuesday asked regulators to open those airwaves for use by Wi-Fi signals that will shoulder more and more of cable subscribers' traffic.

"Use of this band has failed," the NCTA said in a petition to the Federal Communications Commission. The U.S. "can no longer afford" to allocate those airwaves exclusively for vehicle-to-vehicle communications "with the hope that the next twenty years will somehow be different than the last two decades of stagnation," the group said.

The NCTA wants the FCC to begin a new proceeding to allocate all or a large portion of the 5.9 gigahertz spectrum for so-called unlicensed use by Wi-Fi devices to alleviate a shortage of available bandwidth.

The request reflects a scramble by industries for wireless footholds as digital technology transforms everything from cars to video feeds and household appliances. The competition to serve millions of connected devices, including mobile phones, has placed a premium on controlling airwaves.

Automakers led by General Motors Co. and Toyota Motor Corp. have been major proponents of the technology that relays data about vehicle speed and direction wirelessly between cars and roadside infrastructure to prevent collisions.

"Automakers support preserving the 5.9 GHz spectrum band for transportation safety applications intended to prevent crashes and save lives," said Scott Hall, a spokesman for the Alliance of Automobile Manufacturers, a trade association for a dozen carmakers including GM and Toyota.

"Any unlicensed use in the 5.9 GHz band should not be permitted unless it is proven it will not cause harmful interference to these safety systems," Hall added.

Under the Obama administration, the National Highway Traffic Safety Administration proposed requiring so-called vehicle-to-vehicle radios on all new automobiles by 2023, citing agency research projecting that it could prevent 80 percent of all non-impaired collisions.

The mandate has stalled under the Trump administration. NHTSA has taken no action since a comment period on the proposed mandate closed in April 2017.

"Without the 5.9 GHz band, we lose many of the life-saving benefits of connected vehicles," Shailen Bhatt, president of ITS America, a trade association, said in a statement. The group supports reserving the spectrum for connected vehicle safety technologies.

Cable providers for years have asked the FCC to allow broader use of the so-called talking car airwaves. That particular swathe is ideal for carrying Wi-Fi traffic that handles an increasing portion of cable subscribers' data, according to cable providers.

Proponents of expanded Wi-Fi capacity hope to take advantage of the auto industry's limited progress getting vehicle-to-vehicle safety systems into the marketplace.

Industry, government and university researchers have done extensive testing of the Wi-Fi-like vehicle-to-vehicle communications signals, but only GM produces a car with the technology. Toyota and Volkswagen AG have announced plans to equip vehicles with the technology in the coming years.

In addition, some carmakers including Daimler AG, BMW AG and Ford Motor Co., want to use cellular signals, rather than the special technology at the heart of "talking car" efforts by GM and Toyota and NHTSA.

"We view CV2X as being the better solution," Phipps said in an email. Representatives for GM, Toyota and other auto industry groups were unable to offer immediate comment Tuesday.