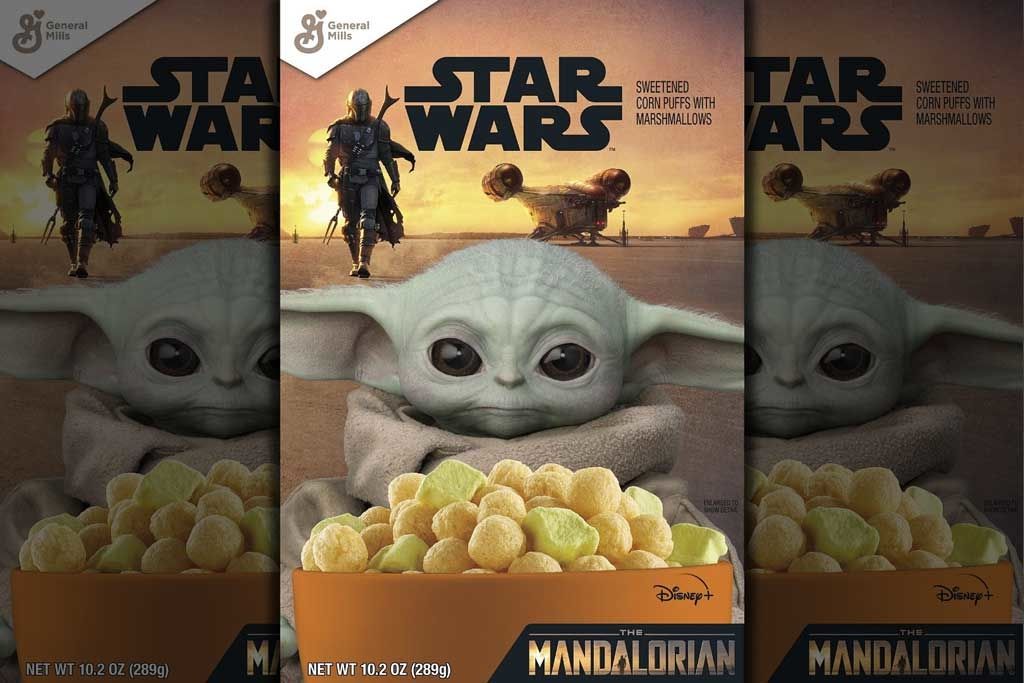 General Mills made marshmallows out of Baby Yoda for Star Wars appreciation day.

OMD wipes up with Clorox

Clorox is one of the few brands increasing its media spend during the pandemic since its products are in such high demand. Disinfectant wipes, Pine Sol and bleach are necessities people can’t seem to live without during the health crisis.

“The needs of our businesses and consumers have shifted,” said Clorox Chief Marketing Officer Stacey Grier in a statement. “As a result, we have identified a single media partner to lead us into our future.”

OMD already controlled some of Clorox’s advertising on digital channels like Hulu, but now it’s all consolidated under the agency’s roof. Clorox’s yearly advertising amounts to an estimated $550 million.

Marketers out in Force

May the 4th was Star Wars appreciation day, and marketers made the most of it. General Mills created a cereal based on “The Mandalorian” series, and it features the sweetest Baby Yoda ever—Baby Yoda marshmallows.

Disney also took the opportunity to announce that Taika Waititi will direct a Star Wars film, NBC News reports. Waititi has become a fan favorite for his work on “The Mandalorian” and the Marvel Studios hit “Thor: Ragnarok.”

Meanwhile, Ad Age "media guy" Simon Dumenco takes readers back to 1977 to see how Ad Age covered "Star Wars," and retells the story of how creator George Lucas was pressured, unsuccessfully, to change the title of the space opera.

Andy Lack, the veteran NBC News chairman, is leaving sooner than anticipated in an executive shuffle at the media company. Lack was supposed to finish what was his second tour at the helm of the news division at the end of the year, but stepped down on Monday. Cesar Conde, the chairman of Telemundo, will sit atop a new division, NBCUniversal News Group, Ad Age reports.

In 2015, Lack had returned to NBC News to provide stability. But in 2017, reports emerged that network star Matt Lauer had engaged in improper sexual behavior. The news division’s leadership was also accused of burying an exposé of Harvey Weinstein.

The news division will look for a fresh start as it consolidates media properties under Conde, who will oversee NBC News, MSNBC and CNBC.

Meanwhile, Mark Lazarus, who heads NBC’s sports division, will preside over all of NBCUniversal’s entertainment offerings, including the newly released streaming app, Peacock.

Andrew Swinand, CEO of Leo Burnett, talks with senior editor Jeanine Poggi on Monday’s “Ad Age Remotely.” Swinand discusses the trauma felt throughout the industry and how he tries to keep employees safe.

Swinand says he encourages managers to check in with workers often. He is especially concerned about young workers isolated in quarantine. “A lot of the younger employees,” Swinand says, “who, you know, moved to the city and are by themselves in an apartment that was a place to sleep, and now has become a place to sleep, eat, work and live.”

Tim Bray, a well-known Amazon engineer, departed the company on bad terms after disagreeing with how it handles worker relations. In a scathing farewell blog post, Bray says that “chickenshit” is one adjective he would use to describe Amazon’s response to workers concerned about coronavirus.

Bray was a VP for Amazon Web Services, which is not a division that works closely with the workers in warehouses and stores, but he still stood up to protest how those employees were treated. Bray says he left about $1 million on the table by quitting. “It’s that Amazon treats the humans in the warehouses as fungible units of pick-and-pack potential. Only that’s not just Amazon, it’s how 21st-century capitalism is done,” Bray said in his torching goodbye.

Amazon did say last week that it planned to spend $4 billion, all of its potential profits in the second quarter, on improving health and safety measures for workers.

The chicken marketer wants to make some hit songs, too. The restaurant chain will give out-of-work musicians a chance at fame by soliciting jingles that will be used in commercials, if chosen. The company put out a call to musicians to riff on its famous melody, “Love That Chicken From Popeyes.” “Popeyes is asking musicians to submit their recordings through social media with the hashtag #LoveThat Jingle,” reports Ad Age’s Jessica Wohl.

TikTok discontent: Have some sympathy for the TikTok generation that is struggling to create videos and pay the bills. Vice gets to know some of these starving social media artists in a report that delves into the economics of internet fame.

‘Mourning in America:’ The Lincoln Project, a conservative group that opposes President Trump, is pulling at heartstrings in the heartland with an ad that plays off Ronald Reagan’s “Morning in America” commercial.

Subscriber exclusive: Ad Age subscribers can view the PDF of our May 4, 2020 print edition online.

Don’t miss: Today is the last day for entries to be accepted for Ad Age’s Women to Watch awards. To enter, click here.