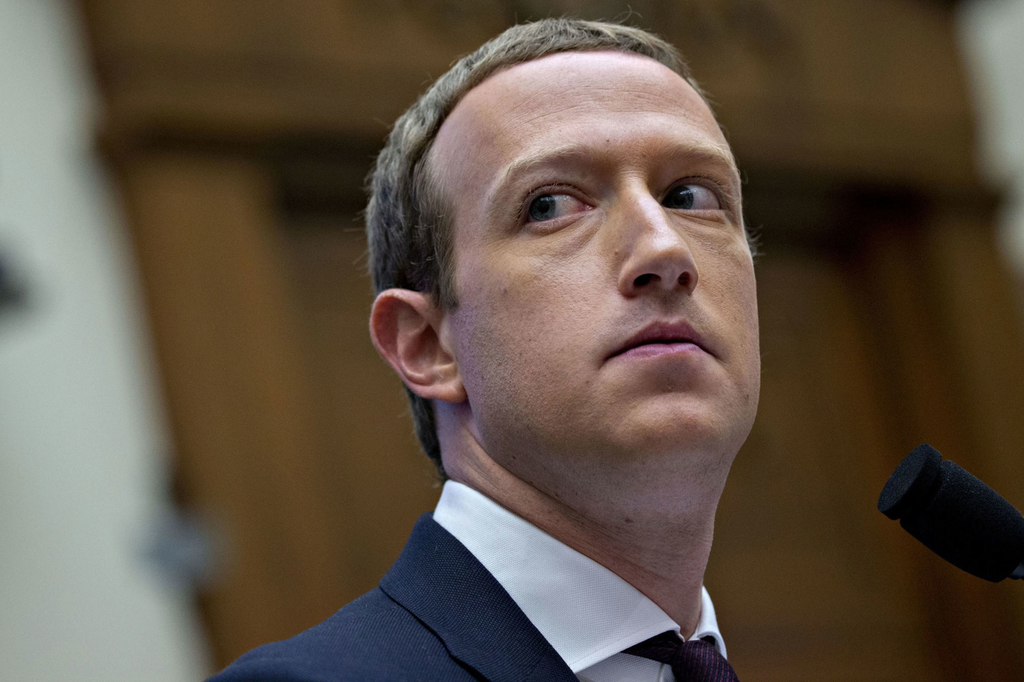 A new trove of more than 7,000 internal Facebook communications offers a fresh look into the company’s deliberations about privacy and data, and repeats allegations that the social network rewarded partners with access to consumers' information while thwarting rivals by limiting their ability to play on its platform.

Documents released Wednesday comprise the second round to come from a court case playing out in California, in which an app developer called Six4Three is suing Facebook for allegedly restricting its ability to use the platform by cutting off access to data available to other developers.

On Wednesday, thousands of pages of court documents and e-mails were released online, providing the opportunity to peer further into Facebook deliberations from approximately 2008 to 2016, a period that included the company’s push to go public in 2012, when it needed to grow revenue.

In one communication, Facebook CEO Mark Zuckerberg worries about upcoming messenger apps piggybacking on Facebook to grow their service in 2013: “I think we should block WeChat, Kakao and Line ads,” Zuckerberg wrote. “Those companies are trying to build social networks and replace us. The revenue is immaterial to us compared to any risk. And I agree we should use ads to promote our own products, but I’d still block companies that compete with our core from gaining any advantage from us. I’d also keep blocking Google but otherwise wouldn’t extend the block to anyone else.”

As if on cue, California’s Attorney General Xavier Becerra on Wednesday filed a case against Facebook, appealing to the state’s supreme court, to enforce a subpoena against the company. Becerra is among dozens of state attorneys general investigating Facebook’s data-sharing practices.

Becerra said that Facebook has been uncooperative turning over internal documents related to the case. “Facebook is not just continuing to drag its feet in response to the Attorney General’s investigation, it is failing to comply with lawfully issued subpoenas and interrogatories,” according to Becerra’s petition.

Becerra is requesting e-mails and other internal documents from Zuckerberg and Sheryl Sandberg, Facebook’s chief operating officer. The attorney general wants to see how Facebook executives crafted its data policies between 2012 and 2015. Becerra is interested in whether Facebook leveraged data to benefit partners, and whether it ever used data as an incentive to drive ad revenue.

The attorney general is asking for “All communication from 2012 to 2015 regarding conditioning access to user information on advertising spending or other payment,” among other documents.

For the most part, the new Facebook court documents illuminate typical concerns about rivals and protecting business. Many of the topics were already brought to light last year, when a British lawmaker disclosed them during the U.K.’s investigation into Facebook. The U.K. is among many governments pressing Facebook over privacy lapses and proliferation of disinformation, particularly from Russia.

The documents also show how Facebook worked with big-name brands—and against scrappy rivals—offering a rare glimpse into the strategy of one of the most valuable companies in the world.

Attorneys for Six4Three are trying to tie the case to larger concerns about Facebook collecting data on users. The case attempts to draw a direct line from Zuckerberg drafting privacy policies on the fly as the company was rushing toward a public stock offering in 2012, to data abuses in 2016 by companies like Cambridge Analytica. That was the third-party data firm accused of illicitly accessing consumer information on up to 87 million Facebook users. Cambridge Analytica was accused of using the data to sway public opinion during the U.S. presidential race.

Six4Three built an app called Pikinis, which Facebook users could install on the social network to view pictures of their friends in bathing suits. In 2014, Facebook shut down Pikinis’ access to its application programming interface (API) which provided the data that allowed it to search friends’ photos.

This fight over swimsuit photos strikes at the heart of the API access that allowed companies like Cambridge Analytica to access so-called “friends data,” and build profiles on millions of unsuspecting users. Cambridge Analytica distributed personality quiz apps to millions of people, and when they downloaded the apps they would give permission to also access lists of friends, and those friends’ Facebook data.

Facebook updated its policies in 2014 to prevent developers from tapping into friend data. After the privacy problems uncovered from the fallout of Cambridge Analytica, Facebook overhauled all API privileges, clamping down on third-party access to the platform and reviewing partners' data practices.

Six4Three argues that Facebook misled developers to build services on the platform, only to unfairly change its policies and hurt their businesses. “At no time did Facebook manage its Platform as a level competitive playing field,” the company charges.

The internal e-mails from Facebook are meant to show that Facebook wasn’t so much concerned about privacy as revenue. The plaintiff claims that Facebook dangled access to consumer data to partners that spent money on ads and other exchanges of value. Meanwhile, rivals were being denied the same level of support.

Facebook has not commented on the latest emails, but has said earlier leaked documents misconstrue the facts. The documents “... are only part of the story and are presented in a way that is very misleading without additional context,” Facebook told AdAge at the time of the first e-mail leak.