Some of the hottest web startups of the past decade are going public, including Groupon, Zynga and, soon, Facebook. A company whose concept predates all of them is about to join the club: Glam Media. 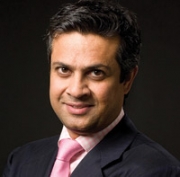 Glam was founded in 2005 by former Apple exec Samir Arora and funded at $130 million by a glittering coterie of Silicon Valley venture capitalists, including Tim Draper. Its business model is as old as advertising itself: Place big, lush display ads where users will see them. In this case, that means 2,500 websites -- mostly geared toward women -- you've probably never heard of , such as Women's Forum, SheFinds and 101 Cookbooks.

Glam was billed as a next-generation media company back when traditional media still mattered on the web, before digital media was subsumed by social, casual gaming and group buying. But just because Glam's model isn't new doesn't mean it doesn't work, and the company has completed a bake-off for banks vying to take it public.

Multiple sources close to Glam said that its North American business became profitable in fourth-quarter 2010 and that it will file to go public in the second quarter of 2012. The company is considering Goldman Sachs or Morgan Stanley to lead the offering and Bank of America to underwrite it.

Glam's offering will also demonstrate Wall Street 's appetite for a true digital-media IPO. Vertical properties such as Zillow or WebMD typically trade at a premium compared with broad-based portals or ad networks, according to an equity research analyst covering digital media. (He asked not to be identified, as his firm could be looking to get in on the deal.)

Thus, its share price could benefit from Glam's being considered a vertical media company owning the women's space. But it "will probably still be impacted by the perception that it is at least in part an ad network or a content network," the analyst said.

Glam CEO Mr. Arora enjoys talking about how Glam is No. 1 in reach and revenue among properties targeting women. "We don't have any competitors in the women's space, not even close," he said. Glam was the 10th most-trafficked U.S. web property in November, with 83.9 million unique visitors, according to ComScore.

Like many startups that set out to turn long-tail blogs and small websites into gold mines, Glam got big by signing up publishers, selling their inventory to advertisers and splitting revenue down the middle. It doesn't own most of its content but has publishing rights on its owned sites: Glam.com, Brash.com (men) and Bliss.com (health).

The possibility that publishers may bolt is one risk of "renting" content, and Glam is trying to become more of an owner. Last summer, it introduced GlamCreate, a content management system that publishers can use. They don't pay hosting costs in money but in intellectual property , giving content ownership to Glam.

Ownership opens the door to revenue from syndication, although just 200 authors within the Bliss.com vertical are using GlamCreate. Mr. Arora said the company is developing a Hollywood-inspired "residuals" model to compensate writers whose work is republished.

Glam can operate like an ad network for display or video campaigns but also develop custom editorial around a product for a higher CPM. It has long walked the line between selling content to advertisers and creating thinly veiled advertorial. "They operate more like a marketing organization than a media organization," said Dave Marsey, senior VP-media practice lead at Digitas.

Glam bought Ning, a platform for building social communities, for a reported $150 million late last year. Jason Rosenthal, Ning's exec VP-general manager, said a product is in the pipeline to help users "discover, find and curate some of the best content" across Glam's verticals.

While at least one site within the Glam publisher network has 20 million unique visitors a month, the company's stated focus is still on the long tail. The network comprises small operations, such as 101 Cookbooks, a recipe journal that had 1.2 million unique visitors in November; and substantial ones like Women's Forum, a content network with 60 sites, six full-time employees and a freelance editorial staff -- but, thanks to Glam, no full-time sales team, said CEO Mark Kaufman.

There are publishers who come to feel they've outgrown Glam, which was the case for Apartment Therapy, a prominent home-design-focused site that was in the network from 2008 to 2009. Co-founder and CEO Maxwell Gillingham-Ryan said that Glam offered a contract that ensured monthly revenue regardless of how many ads were sold, which helped Apartment Therapy weather the recession. He signed with Federated Media when the contract ended, and has now moved on to Say Media, which will sell inventory on a single vertical, while his in-house sales team handles the rest.

But Glam has reached such a scale that the bolting of individual publishers doesn't necessarily land a heavy blow. According to Mr. Arora, there are about 1,000 publishers and content creators on the waiting list to join its network.