How brands are using Apple, Google, Facebook and texting to chat up consumers 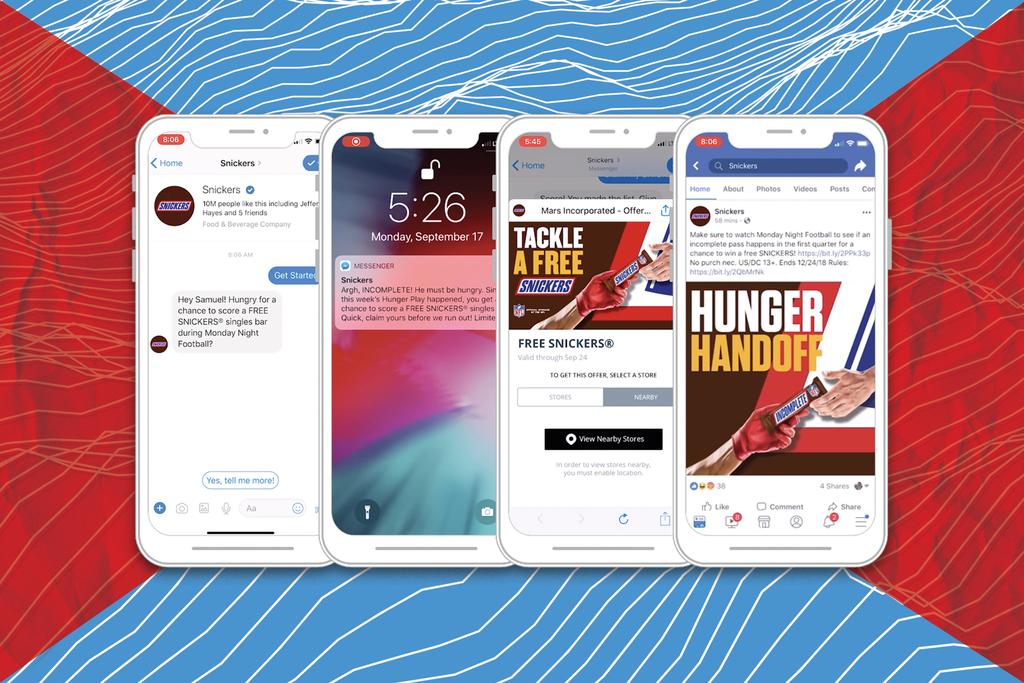 “TD Ameritrade, please help me.” Scott Steiner tweeted this plea on Jan. 31 as he attempted to place a buy. “Is there any way you could push a deposit through. I would really like to buy shares of this company before the weekend."

The bank replied within the hour: “They won’t be able to clear the funds, but you may be able to ask them to rescind the deposit so you can then deposit via wire or Apple Pay.”

The customer service was playing out for all to see on a public channel. When the conversation veered into more sensitive details around the financial transaction, the bank moved it to a more private setting. “Please chat through Apple Business Chat,” the bank said, sending a link to its direct line on the iPhone.

This is the new face of customer relations. It’s more personal than a Frequently Asked Questions page on a website. Faster than an e-mail exchange. And often less fraught with friction than a call.

Mobile marketers say direct messaging is poised to replace apps as the channel of choice for brands. It’s hard to get consumers to download an app, but 23 billion texts are sent daily around the world, according to mobile marketing firm mGage. Meanwhile, texting also tops e-mail: People read 95 percent of the texts they receive from brands, whereas they open emails from brands at a rate closer to 20 percent, according to Dennis Becker, CEO of Mobivity.

The new messaging standard is expected to reach the phones of more than 60 million people within the next year, according to the mobile operator trade group GSMA. That would still be a fraction of Google’s monthly active user base of 2 billion people who access its Play app store. But eventually those billions of consumers on Google Android devices will see the messaging upgrade. Meanwhile, Apple’s software—and Business Chat—already runs on 1.5 billion devices.

A direct message is a way to establish a personal connection with the consumer. The contact often starts with a scenario like the one above, with a customer looking for answers, and then the brand moves it to a channel that keeps things personal.

“What we strive to do is to turn what would be an ephemeral conversation into a persistent, long-term conversation,” says Mahi de Silva, CEO of Amplify.ai, a messaging technology platform used by more than 100 brands.

If they handle it correctly, brands gain an open line to customers. But there’s also a risk that they will wind up annoying consumers with spam, driving them to flip the “block” switch. “Once a channel is off, they never turn it back on,” cautions Don White, CEO of Satisfi Labs, a data and technology platform that develops artificial intelligence to help brands manage messaging services.

The high stakes make such marketing tricky. A consumer could ghost a once-beloved brand based on one messaging misstep. The potential for failure is growing, too, with the proliferation of platforms that serve as conduits between customers and brands.

Apple Business Chat launched in 2018, but it is still a highly restricted environment, available only to select brands including TD Ameritrade, Burberry, Home Depot, Hilton, Sprint, West Elm and others. Brands have to be approved for the privilege of opening such a direct line into people’s phones. Meanwhile, Google is working with phone carriers on the new standards for text messaging.

Outside of the mobile operators and software makers, social media companies like Facebook, Twitter, TikTok and Snapchat are creating new ways for brands to establish relationships with consumers. Social platforms in the U.S. are trying to deliver features that have been popular in Asia for years, where all-in-one apps serve as mobile wallets, e-commerce destinations, media and gaming portals and more.
For instance, in the first half of the year, Instagram is expected to offer a new direct messaging service for brands, according to marketing technology executives. Facebook, which owns Instagram, has already built customer relationship tools into Messenger and WhatsApp. Instagram users can already message a brand, but the company is working to upgrade the platform so that brands can do more in those chats.

That would link a product in an Instagram post to a representative of the company to get more details, White says. “Instagram direct messaging is going to provide that image-to-communication bridge,” White says. “You’ll be able to get a direct answer based on the product being promoted. It will enable you to literally chat with someone about an Instagram post.”

Brands can use software service companies like Amplify.ai, Satisfi Labs, Mobivity, Inmar Intelligence and others to build chat technology. These types of services integrate with platforms like Salesforce and Zendesk, which help manage customer relations across all the players in the space. Brands need these technology components to keep track of their customers, analyze the conversations, vet their contact lists and learn about their audience.

The direct message is not a new device in marketing; brands have engaged in this form of communication since the rise of texting. De Silva first worked with “American Idol” in the early 2000s helping build its text-to-vote feature.

In recent years, Facebook Messenger promoted the development of chatbots powered by machine learning. Chatbots have proved to be limited in what they can do, but the goal of AI-powered assistance lives on. There are new devices like Amazon’s Alexa-assisted speakers, Google Home, Facebook Portal and Apple HomePod. These are the new gateways to consumers as older methods have fallen out of favor or lost their power to draw attention, as e-mails get lost in the spam folder and unsolicited text messages are deleted. Advanced chat platforms and personal-assistant devices are the future, White says.

“Google Assistant is becoming a real advocate for you. It’s a companion,” White says, referring to Google’s Super Bowl commercial that portrayed an elderly widower using Google Assistant to surface memories of his wife. “That’s the type of product that’s going to be able to promote things of interest to you by looking at your calendar, your messaging, your voice requests to package things you need to be aware of.”

Leah Logan, VP of media products strategy at Inmar Intelligence, has worked with brands like Pepsi, Jameson, Snickers, Bose and consumer products companies to build direct-messaging components into campaigns. Logan says brands have to be careful with the power of direct messaging.

“What brands need to be really sensitive to is that as a consumer you’re allowing a brand the same access to you as you’re allowing friends or family,” Logan says. “When you decide to start chatting with them, it’s the same way you talk to your mother.”

However, brands often bungle the attempt, and can easily turn from a wanted contact to an untrusted intruder. Logan says she has had bad experiences as a consumer, too. Just recently, she was trying a keto diet, which is typically a short-term regiment of low-carb, high-fat foods.

She ordered food from a company that specializes in keto diets and she allowed the company to text her shipping updates. She later regretted giving that permission.

“As a consumer, I was very bothered by the fact that, yes I did opt-in to receive shipping notifications but this company basically continued to reach out,” Logan says. “That’s where many brands can go wrong. They feel like if they’re not constantly reaching out, that they’re going to be forgotten about or deleted, but I think it’s actually hurting more than it’s helping.”

Satisfi’s White says brands need to be explicit about what they will offer through their chats. One opt-in for a specific notification does not signal a customer wants to hear from you nonstop after that.

“When you automatically subscribe a customer just because they engaged with you,” White says, “there’s a real strong opportunity to destroy that channel and that customer.”

Becker, of Mobivity, has worked with brands like Subway on direct-messaging services. For Subway, his team developed a way for customers to create and order sandwiches directly in a chat.

Becker says that establishing a direct line of communication to people’s phones is a marketer’s best option.  “At some point, these conversations are going to take on a personality of their own,” Becker says. “And almost be like a human-to-human engagement.”

Correction: Mobivity says the rate at which people view direct text messages from brands is 95 percent. The rate was incorrectly stated as 99 percent in an earlier version of this story.