The deal is also a victory for Dish Network co-founder and Chairman Charlie Ergen
READ THIS NEXT
WhatsApp delays updated privacy policy after user confusion, backlash 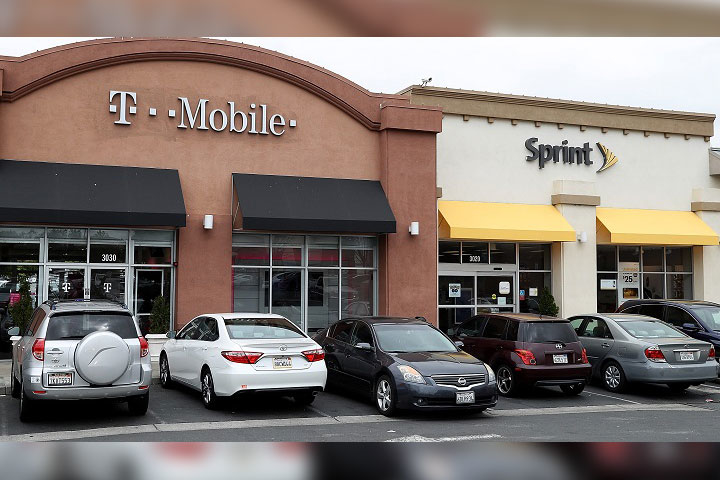 The federal judge who blessed T-Mobile US Inc.’s merger with Sprint Corp. said a group of state attorneys general didn’t persuade him that the $26.5 billion deal would have disastrous consequences for competition in the U.S. wireless industry.

In a decision made public on Tuesday, U.S. District Court Judge Victor Marrero in Manhattan rejected key arguments from the states: that the merged company would raise prices for lower quality service and that Sprint could remain as a viable competitor without the merger.

“T-Mobile has redefined itself over the past decade as a maverick that has spurred the two largest players in its industry to make numerous pro-consumer changes,” the judge wrote. “The proposed merger would allow the merged company to continue T-Mobile’s undeniably successful business strategy for the foreseeable future.”

The decision is a crucial win for T-Mobile and its owner Deutsche Telekom AG, as well as SoftBank Group Corp., Sprint’s parent. The companies had signaled they wouldn’t attempt to appeal if the judge ruled against them.

The deal is also a victory for Dish Network co-founder and Chairman Charlie Ergen, who is buying assets from the two carriers to set up a new wireless network. With his company’s core satellite TV business in decline, Ergen has amassed a trove of airwaves to build a state-of-the-art network.

The states had argued Dish, which doesn’t offer wireless service, wouldn’t be a strong competitor in the market. Marerro rejected that argument and said that he was persuaded by Ergen’s testimony that Dish will aggressively compete.

Marrero’s ruling is a stunning setback for New York Attorney General Letitia James and her California counterpart, Xavier Becerra, who led the litigation for states representing more than 40 percent of the U.S. population.

“Today’s decision marks a loss for every American who relies on their cellphone for work, to care for a family member, and to communicate with friends,” James said in a statement. She is considering an appeal.

The states argued without success that the merger would lead to billions of dollars in extra costs for consumers, with wireless customers in urban areas being hit particularly hard. They also said the deal wouldn’t work out as planned because Dish was unlikely to be able to follow through on its commitments to become a viable wireless competitor.

During the two-week trial, Marrero at one point expressed doubt that the new T-Mobile would “be so bold” as to raise prices after the merger without also offering better service, pushing back on testimony by an expert hired by the states who predicted that customers of the four biggest providers could see combined increases of as much as $8.7 billion, with $4.6 billion from T-Mobile alone.

The defense also presented evidence that Sprint couldn’t survive without the deal. T-Mobile CEO John Legere testified that Sprint would be “sold for parts” if the merger didn’t go through.

The states’ lawsuit was the last major hurdle to the deal after it was approved by regulators at the Federal Communications Commission and the Justice Department’s antitrust division. The states that sued had urged Marrero after the trial not to give any extra weight to the federal government’s decision, calling the government’s review of the deal “cursory.”

During the trial, the states showed that the head of the antitrust division, Makan Delrahim, took unusual steps to get the deal done, exchanging text messages with Ergen. At one point during negotiations, Delrahim suggested Ergen ask his “senator friends” to contact FCC Chairman Ajit Pai about the deal.

After the merger, T-Mobile will have more spectrum—the frequencies through which wireless signals are transmitted—than any other carrier. The larger capacity will give the combined company an advantage as the industry transitions to the much-faster 5G standard.