WeWork's Head of Visualization brings to life one of TV's most popular interiors
READ THIS NEXT
Google's defense against monopoly charges and Facebook fights News Feed demons: Tuesday Wake-Up Call 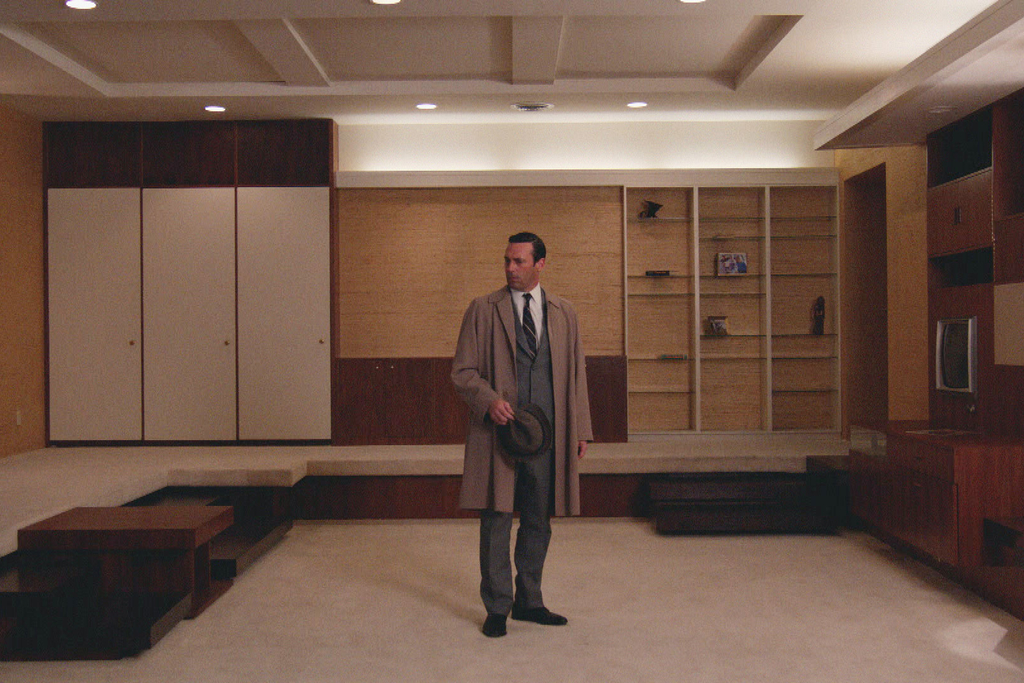 Don Draper in his empty apartment.

Don Draper’s swanky 1960s Manhattan apartment has particularly captured the imaginations of “Mad Men” aficionados. The apartment, fictitiously located at 73rd St. and Park Ave in the Upper East Side, is just as daring and dapper as Jon Hamm’s Draper, with its sunken living room, bright orange and blue kitchen cabinets, and warm aesthetic.

Greg Rogers, the head of visualization at WeWork, has crafted a precise 3D rendering of what the famous apartment would look like if it really existed. The mid-century upscale apartment comes alive in an online video. On the website, Rogers intersperses high-resolution images of the project and an interactive 3D image with Draper quotes like: “Make it simple, but significant” and “You are the product. You feel something. That’s what sells.”

The video slowly tours the apartment as sounds and music from the show play in the background. Details sprinkled throughout speak to the characters of the show. A stack of magazines from the era are placed on a table in the sunken living room. Rogers replicates a Time magazine with a young Julie Andrews on the cover. Packs of cigarettes lay around the apartment (although they’re not branded as Draper’s favorite Lucky Strikes) and vinyl records from bands like the Mamas and the Papas are laid near the TV. 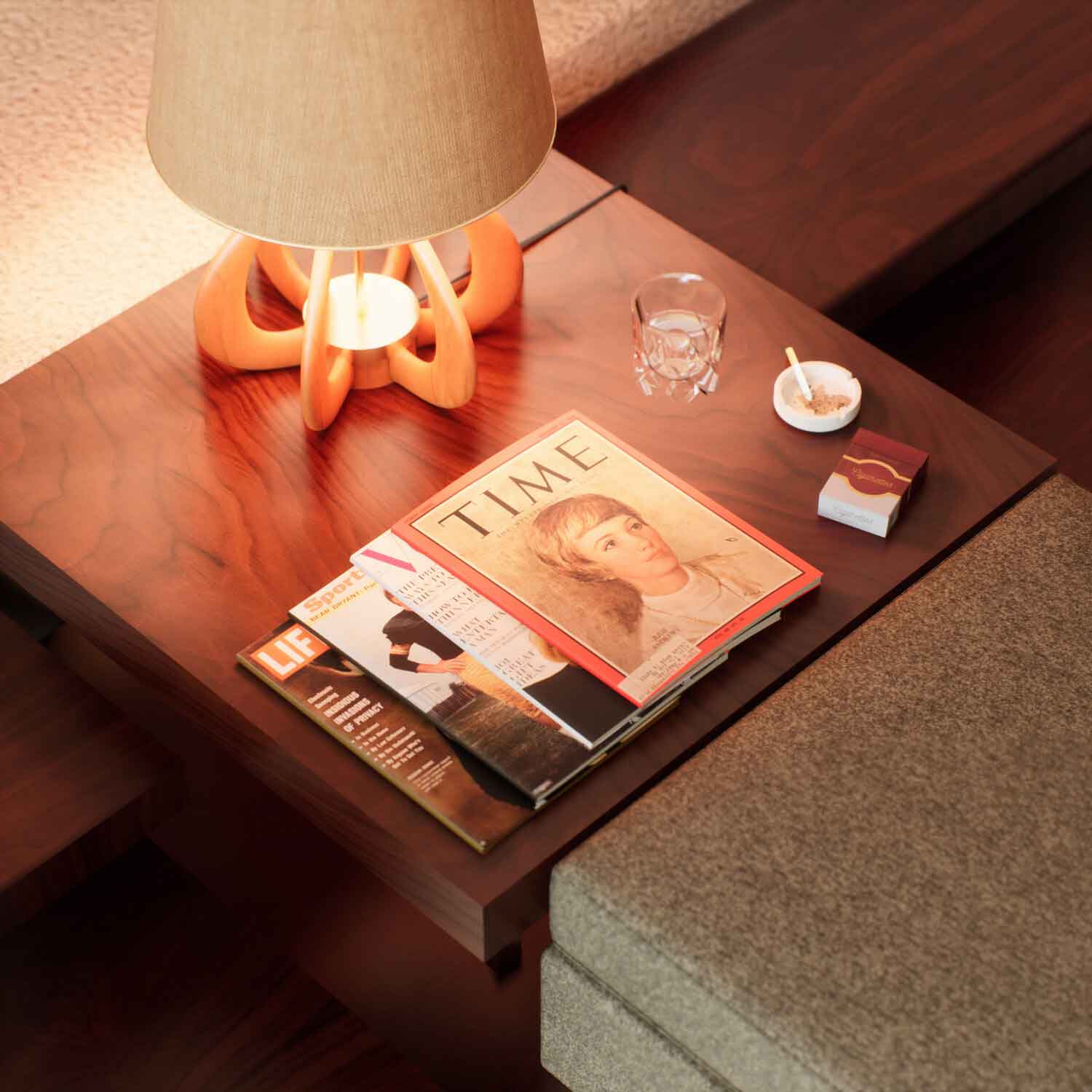 To create the retro apartment, Rogers used software called Unreal Engine, a 3D creation platform owned by Epic Games, which uses it to power its own popular game Fortnite. The software has also been used in TV shows like Disney’s “The Mandalorian” and for Audi’s digital showroom.

The idea to recreate Don Draper’s apartment came to Rogers as he was re-watching the series for the “hundredth time.” As he’s always been a fan of mid-century design, he decided to try it out. He also wanted to get his hands on a creative assignment. In his current position, he oversees a team of 11 creatives and so doesn’t get to work on many projects directly.

“I was losing some of my creative energy,” he says. “As you get older and take up more managerial roles, you actively have to seek that inspiration.”

Rogers says the project took him six months to complete, since he had to learn how to use the software from scratch. The journey also didn’t come without its hurdles—halfway in, he lost the entire project when his hard drive simply broke. “Everything is done better the second time around,” says Rogers optimistically. Now, he estimates it would take him one to two months to go through the process again.

He says the kitchen was the most difficult to recreate. “There’s not that much information to go off of,” he says. He only had Google images to reference and scenes from whenever he could pause the show. 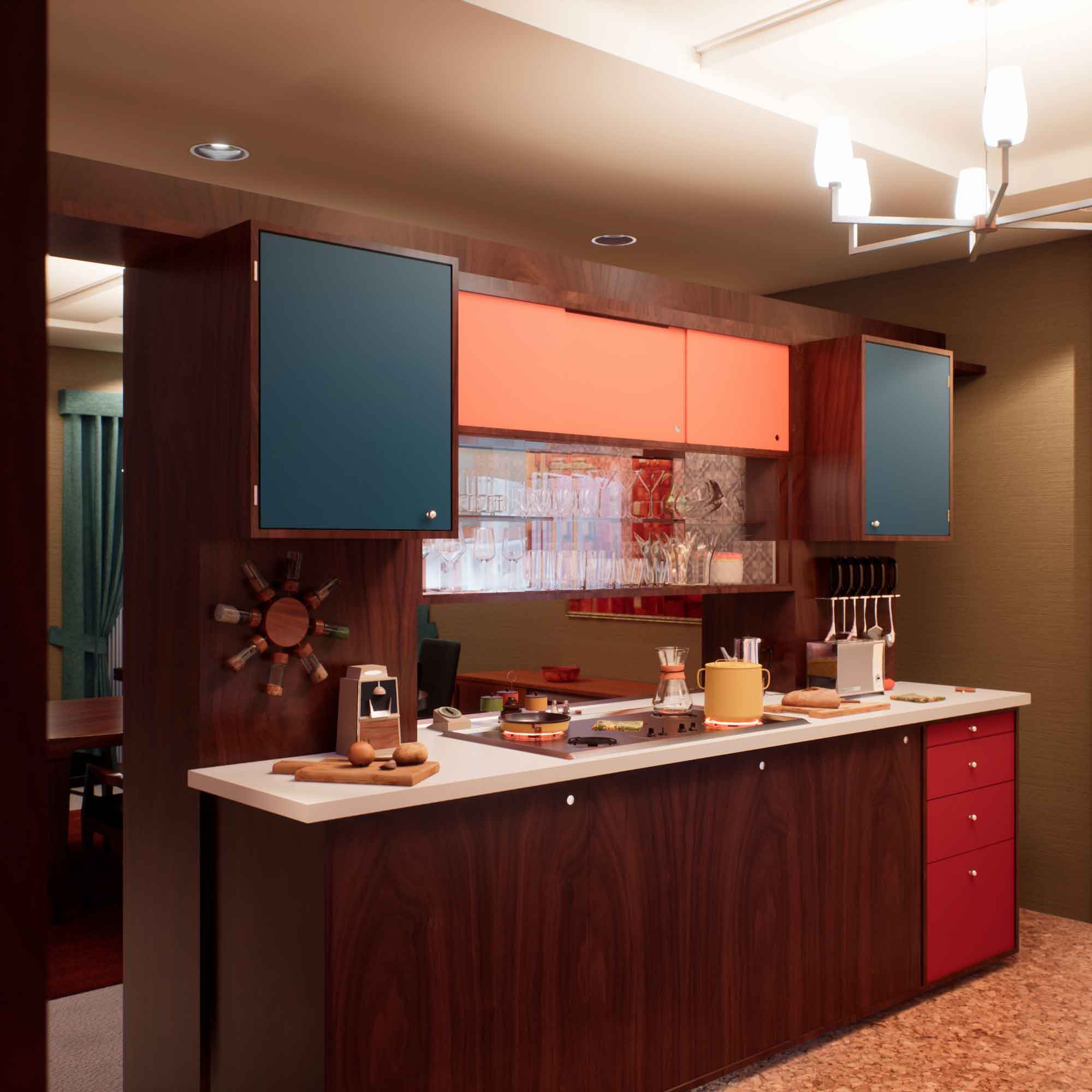 Rogers is likely not finished with his individual interior projects. Next, he expects he will use the software to design 3D renderings of the “Friends” and “Seinfeld” apartments.

For now, he hopes AMC might also reach out to him about the “Mad Men” rendering. As Draper himself said: “Success comes from standing out, not fitting in.”