New Year, New Zuck: What Facebook's CEO Really Wants to Say About the Year Ahead at Facebook | Ad Age
Skip to main content

New Year, New Zuck: What Facebook's CEO Really Wants to Say About the Year Ahead at Facebook 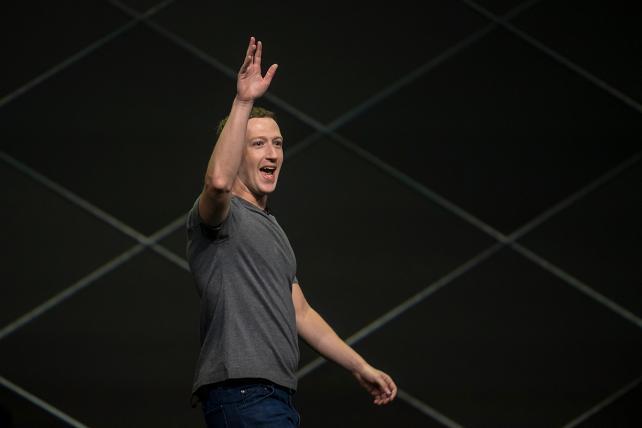 Mark Zuckerberg has issued his annual New Year challenge to himself, and it's a big one: Fixing Facebook.

The hoodie-wearing CEO, who has previously taken on learning Mandarin, reading books and visiting new parts of the country, is setting a less concrete goal in focusing on fixing important issues confronting his company.

Here is what Zuckerberg says about the year ahead, and what it really means for Facebook and the billions of people on it:

Every year I take on a personal challenge to learn something new. I've visited every U.S. state, run 365 miles, built an AI for my home, read 25 books, and learned Mandarin.

Translation: Well, actually I visited about 30 new states that I had never been to, like Nebraska, because I never needed to go to Nebraska before. Last year I needed to, and not because I want to run for president. Why would I run for president when I am the emperor of 2 billion people on Facebook? That would be like a demotion. Quite frankly it was that I was as shocked as anyone else by the election of 2016 and had to see for myself the country that was clearly on a different wavelength than me and most of my Silicon Valley buddies (not including Peter Thiel.)

Oh and Mandarin? What a waste. Like China is ever going to let us open up shop there after seeing what Facebook did to U.S. politics. Bùshuǎng.

I started doing these challenges in 2009. That first year the economy was in a deep recession and Facebook was not yet profitable. We needed to get serious about making sure Facebook had a sustainable business model. It was a serious year, and I wore a tie every day as a reminder.

Translation: Remember when I had to suck up to Wall Street and prove I was good at adulting? I showed them. We showed all of them. When they said, "Oh you can't do mobile," we fixed that, quick. Now look at us, a $500 billion-plus company that owns mobile.

Today feels a lot like that first year. The world feels anxious and divided, and Facebook has a lot of work to do—whether it's protecting our community from abuse and hate, defending against interference by nation states, or making sure that time spent on Facebook is time well spent.

Translation: The world has gone mad, let's face it. This place is basically just as crazy as it was back when there was a global financial meltdown, banks collapsing and threats of a super depression.

"Interference by nation states?" You know who I'm talking about, right guys? It's Russia, let's just say it. Russia. Oh that feels good, I've been avoiding saying that out loud for a while. But we all know who did what, and it was Russia.

My personal challenge for 2018 is to focus on fixing these important issues. We won't prevent all mistakes or abuse, but we currently make too many errors enforcing our policies and preventing misuse of our tools. If we're successful this year then we'll end 2018 on a much better trajectory.

Translation: I am not going to make any cutesy New Year resolutions to knit my own socks or learn to tie sailing knots, because frankly this shit is serious, and this is my serious face. We will fix this. No more foreign meddling, no more using my social network for hate. This is what I am working on.

This may not seem like a personal challenge on its face, but I think I'll learn more by focusing intensely on these issues than I would by doing something completely separate. These issues touch on questions of history, civics, political philosophy, media, government, and of course technology. I'm looking forward to bringing groups of experts together to discuss and help work through these topics.

Translation: I am ready to join the movement and get back to building technology that actually fixes problems not exacerbates them. Resist!

But today, many people have lost faith in that promise. With the rise of a small number of big tech companies—and governments using technology to watch their citizens—many people now believe technology only centralizes power rather than decentralizes it.

There are important counter-trends to this --like encryption and cryptocurrency -- that take power from centralized systems and put it back into people's hands. But they come with the risk of being harder to control. I'm interested to go deeper and study the positive and negative aspects of these technologies, and how best to use them in our services.

Translation: I am converting all my money into Bitcoin. O.K. maybe not all $50 billion of it, but I am telling you this blockchain stuff could work for Facebook.

This will be a serious year of self-improvement and I'm looking forward to learning from working to fix our issues together.

Translation: I told you this is my serious face.