Streaming giant says it's been preparing for Disney, Apple competition for decade
READ THIS NEXT
What 'scared' brands need to know about Facebook and Instagram's election ad changes 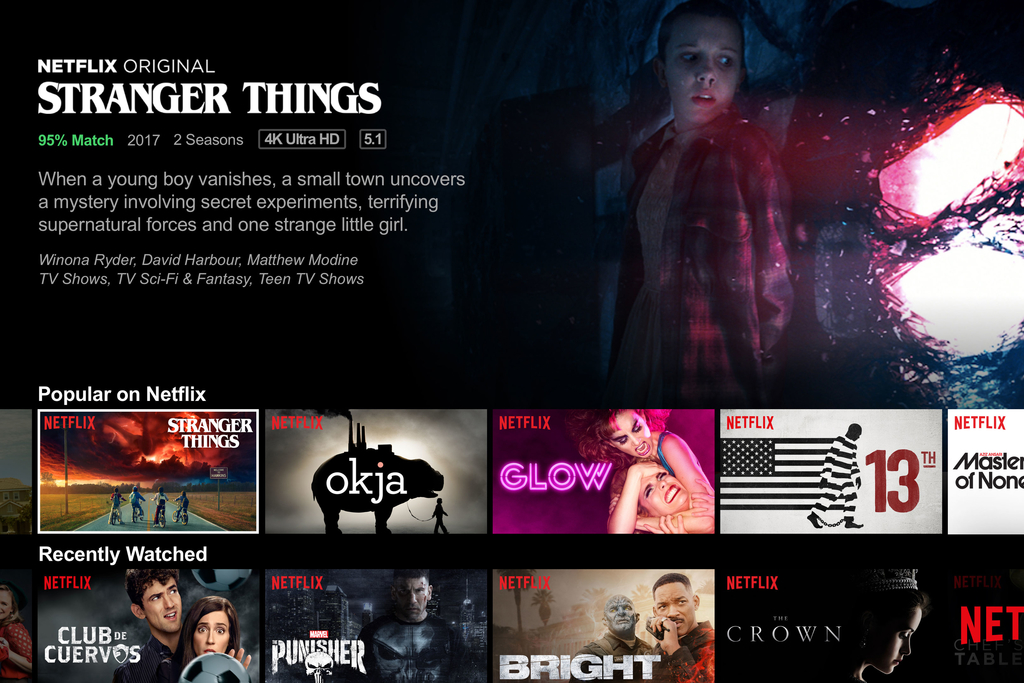 Netflix invested in originals like "Stranger Things" to prepare for rivals.

Netflix released its third-quarter results today, saying it has added 6.8 million total customers in the period, which increases the size of its audience to 158 million paid memberships. In the U.S. alone, Netflix added 500,000 paid members, compared to the second quarter when it lost subscribers. Revenue grew 31 percent year-over-year to $5.2 billion for the quarter.

Netflix demonstrated resilience in the face of pending competition from rival streaming services like Apple TV Plus, Disney Plus and HBO Max. Investors reacted by sending Netflix shares higher, up more than 7 percent in after-hours trading.

Netflix said it was prepared to compete with all the new subscription streaming services. “Many are focused on the ‘streaming wars,’ but we’ve been competing with streamers (Amazon, YouTube, Hulu) as well as linear TV for over a decade,” the company said in a note to investors.

In 2012, Netflix started creating original programs like “Orange Is the New Black” and “House of Cards,” a move to shift away from licensing movies and shows from potential rivals like Disney.

Now, Netflix expects to spend $15 billion this year on original programs. Meanwhile, Disney Plus is set to launch next month, with a library that includes hundreds of classic movies and new blockbuster shows based on Marvel and Star Wars characters. NBC Universal plans to debut its streaming service called Peacock next year.

In its earnings report, Netflix compared the proliferation of streaming services to the early days of cable. “Just like the evolution from broadcast TV to cable, these once-in-a-generation changes are very large and open up big, new opportunities for many players,” Netflix said.

Still, some analysts saw signs for concern, including eMarketer, which noted that subscriber growth was still short of the company’s goals. Last quarter, Netflix forecast subscriber growth of 7 million. “[Subscriber growth] spells trouble for the company ahead of heightened competition,” Eric Haggstrom, eMarketer forecasting analyst, said in an e-mail statement after Netflix released earnings. “The fourth quarter represents a completely new ballgame for Netflix as Disney+ and Apple TV+ will compete not just for subscribers, but for hit shows as well.”