Pinterest reports strong demand for advertising on its social-media service

The stock gained value on a second-quarter report highlighting revenue, users, and a 2019 forecast 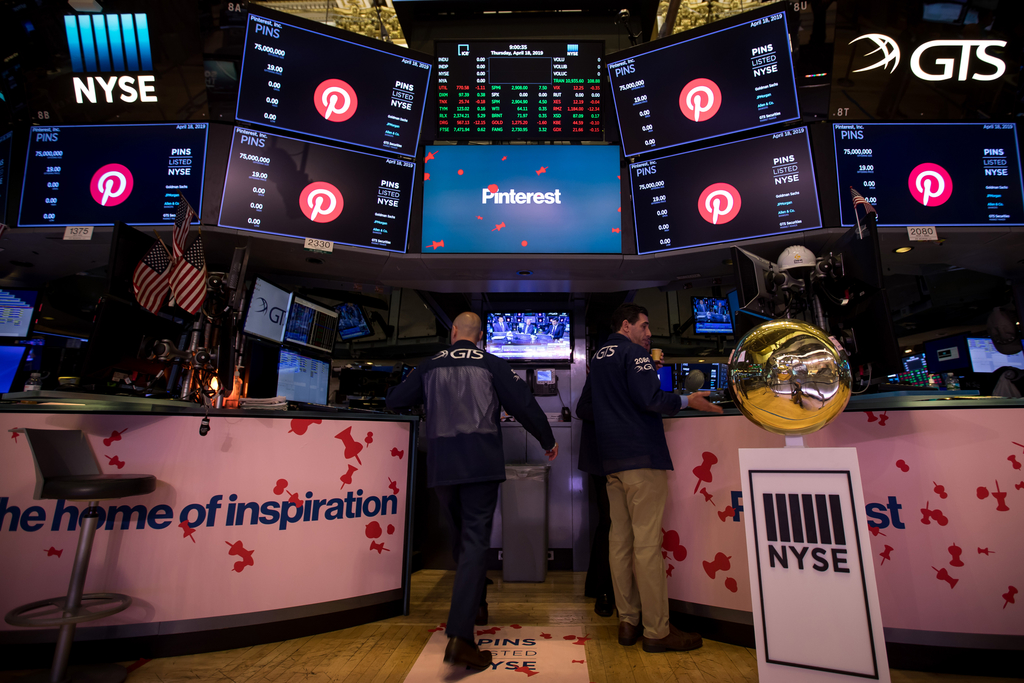 Pinterest Inc. reported better-than-projected revenue and user growth for the second quarter and boosted its forecasts for the year, citing strong demand for advertising on its social-media service. Shares jumped as much as 17 percent in extended trading.

Second-quarter revenue jumped 62 percent to $261.2 million, better than the $235.8 million analysts estimated on average. San Francisco-based Pinterest added 9 million monthly users in the quarter for a total of 300 million, up 30 percent from a year ago, according to a statement on Thursday. That was well above the 287.4 million monthly users expected, according to a Bloomberg MODL consensus estimate.

The digital scrapbooking company attributed the revenue gains to international and U.S. growth, and said its business was “positively impacted by the later timing of Easter.” Sales for 2019 will come in at $1.095 billion to $1.115 billion, Pinterest said, up from a range it predicted earlier and ahead of analysts’ projections of $1.08 billion.

Pinterest, whose website and app let users “pin” photos and ideas online, had a bit of a rocky start to life as a publicly traded company. After pricing its shares at $19 at the IPO in mid-April, Pinterest stock soared above $34 in its first few weeks of trading. But a weak revenue forecast in Pinterest’s first earnings report sent the stock tumbling back in May. Pinterest stock closed at $28.30 in regular New York trading, and climbed as high as $32.74 following the report.

It’s been a strong couple of weeks for the digital advertising industry. Pinterest’s upbeat report comes on the heels of similar beats from Facebook Inc., Google and Twitter Inc., all of which make the vast majority of their revenue from digital ads.

The company’s second-quarter net loss widened to $1.16 billion, or $2.62 a share, from a loss of $38.4 million, or 30 cents, a year earlier. Excluding the cost of share-based compensation and other items, the loss was 6 cents a share, Pinterest said. That compared with analysts’ average projection for a loss of 8 cents.