Potential ad pullback could give Facebook worst month since 2012 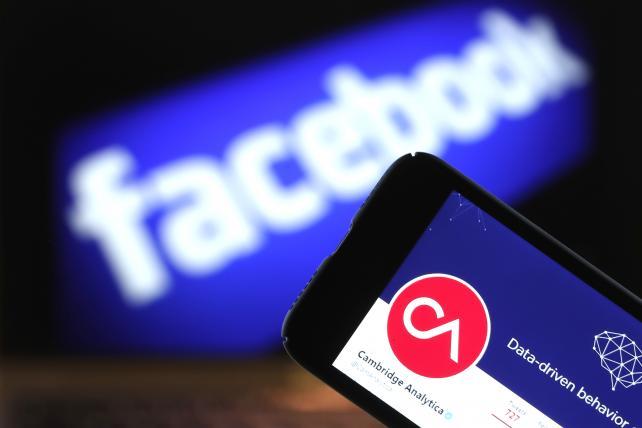 Facebook is heading toward its worst month in more than five years after an analyst report warned of a temporary pullback in advertising and the FTC confirmed it's investigating the social network's privacy practices.

The shares fell as much as 6.5 percent Monday in New York, bucking the broader positive direction of the markets and putting them on course for the worst month since August 2012. Facebook has lost about $100 billion in market value in the past 10 days.

Colin Sebastian, an analyst at Robert W. Baird & Co., wrote that the firm's latest social media survey indicates "some moderation in Facebook usage," and notes potential for brands and small and medium-sized businesses to "pause some Facebook campaigns until headlines subside." He lowered his price target to $210 from $225 while saying shares remain attractive for investors with medium to long-term time horizons.

Facebook CEO Mark Zuckerberg is facing one of his worst crises in public confidence yet after reports that Cambridge Analytica, a firm that worked for U.S. President Donald Trump in the 2016 election campaign, improperly obtained and then retained data from 50 million Americans.

The Federal Trade Commission confirmed Monday that it has an open non-public probe into Facebook's privacy practices, saying it "takes very seriously" recent reports about misuse. Bloomberg reported last week that the FTC is looking into whether Facebook violated terms of a 2011 consent decree over its handing of user data that was transferred to Cambridge Analytica without their knowledge.

Facebook deputy chief privacy officer Rob Sherman said on CNBC that the company remains "strongly committed to protecting people's information. We appreciate the opportunity to answer questions the FTC may have."

Even if some advertisers temporarily pull back on Facebook spending, Sebastian said he expects the move to be short lived "as there are few channels available that can match Facebook's return on ad spend."

Despite the stock drop—about 20 percent in the last week—and increase in regulatory scrutiny, Facebook still has 44 buy ratings and only two sell ratings.

Facebook is scheduled to report quarterly earnings on May 2, giving it just over a month before facing more questions on calls to discuss the results and analysts will see if they are willing to still hold on to their optimism.