Service was built for on-the-go moments but co-founder says stay-at-home mandate has forced some redefinition
READ THIS NEXT
Amazon's TikTok ban was a false alarm, capping off a whirlwind week of suspicion towards China-backed app 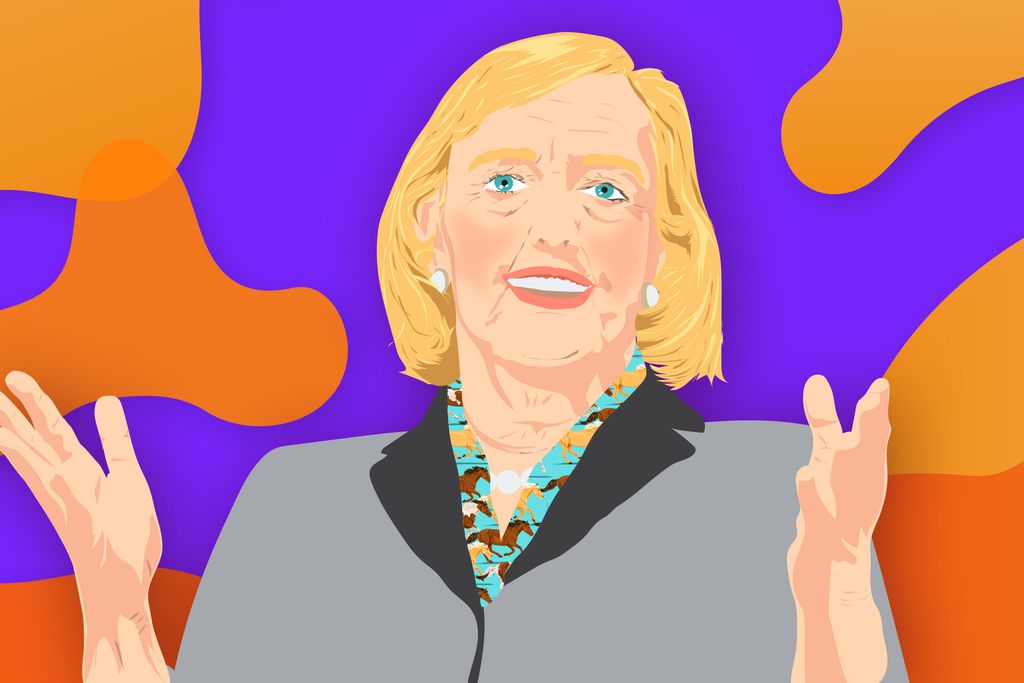 Quibi debuted on April 6, at the height of the coronavirus pandemic. When New York City shut down on March 14, it left founders Jeffrey Katzenberg and Meg Whitman scrambling to launch the service with their team working remotely, which involved canceling star-studded Hollywood events and helping advertisers swap creative.

Crucially, the virus also upended Quibi’s premise, which is to deliver quick bites of content that can be consumed in 10 minutes or less during in-between moments, like waiting in line at a grocery store or during a morning commute. Of course, much of the country is no longer doing those things and it’s unclear when those activities might resume. Quibi was downloaded 2.7 million times in its first two weeks, and Whitman says users nonetheless found in-between moments to consume its content, though not always when its founders expected. “I was talking to a friend who said, ‘I was cooking dinner for my family the other night and I was boiling pasta and I watched a Quibi while I was boiling pasta.’ I don't think that was the use case we initially intended, but that's one of them,” Whitman says.

In the days following Whitman’s interview with Ad Age, Quibi faced a new challenge: Hedge fund Elliott Management is funding a suit filed by interactive video company Eko, claiming Quibi is violating its patents and has stolen trade secrets. Whitman spoke to Ad Age from Sacramento, California, where her husband is chairman of the department of neurosurgery at UC Davis, about what it’s like navigating the pandemic as a startup. The interview is lightly edited and condensed.

We had to pivot in less than three weeks. So we took our live event and turned it into an Instagram Live event. We had to change our own media spend. We were going to have a big buy on the Final Four, the NCAA Finals. We bought five slots in that final game. So that all had to get redeployed and changed around. We were going to be a big buyer on the NBA Finals. And then we all had to launch the app from home. So the first question we had to ask ourselves was: Could we launch? We're built in the cloud, so from a technology perspective we could. Did we have enough content? We thought we did. Then, was it the right thing to do? Ultimately, we decided we could bring a little joy and distraction to our user base. So we went ahead.

Quibi has been promoted as a service for short-form content that can be consumed standing on line or during a commute. None of us are doing those things and we don't know when we'll resume such normal activities. Has that meant pivoting what Quibi means and its appeal to consumers?

Well, you're right. We were built for an on-the-go use case. You described it perfectly. By the way, people are not on the go. So the question was would people find other in-between moments while they are staying at home, and to some degree, they absolutely have. Whether it's in between interviews like this or in between Zoom calls or in between wrangling the kids or whatever it is that you're doing at home. There are those in-between moments, but it's probably not the perfect use case for Quibi.

Are there plans to stream Quibi on connected TVs with more people home?

There certainly is. We had always planned to build connectivity to the TVs. So we thought probably we would launch the ability to cast off your phone to your TV probably sometime in the summer.

The company announced it would stream three of its shows on YouTube. Can you talk about that decision?

What we're trying to figure out is, are there new ways that we can get people immersed in at least one episode of the content and then go from there? Have any of your advertising launch partners looked to pull out of their deals due to the virus? We launched with 10 launch partners who made a yearlong commitment to Quibi to have category exclusivity. Thus far, there's been only one who said, ‘Can we make any changes here given our set of circumstances?’ The rest have said, ‘We're all-in. We think this is great and we've made a commitment and we're going to honor that commitment.’ I'm not quite sure what will happen with that one. There's a fairly severe circumstance there, so we'll have to see.

Quibi made an aggressive marketing push earlier in the year with commercials during the Super Bowl and Oscars. You spoke about some other plans that got derailed, including NCAA March Madness and others. How are you looking at Quibi’s marketing moving forward? Where are you shifting media spend as big events like basketball and other types of live sports are off the air?

The biggest reliance we’ll have now, because we are a subscription service, will be on what we call growth marketing. That is where we basically really focus on building an audience for Quibi show-by-show and are very focused, obviously, on trials. The other big thing is we bought a fair amount of out-of-home because of our use case, right? Think about it—subways, bus shelters, those kinds of things. So some of it we were able to push out. We hope we’ll be able to push out more, but we had to make the best of it. We have a fantastic billboard in L.A. for Chrissy Tiegen’s show called “Chrissy’s Court.” So she went downtown, took her picture in front of the billboard and said, ‘Got to love these Quibi people. The billboard no one will ever see except through my social posting.’ Maybe more people saw the billboard than otherwise would have. As the virus gained steam we saw a lot of marketers pull their messaging and put out new creative directly addressing COVID-19.

Quibi has a turnstyle format, so you can watch both vertically and horizontally, which includes the ads as well. Does this pose any issue for advertisers who want to quickly change their messaging?

Well, absolutely it did because many of the ads that our partners had planned to run were shot quite far in advance. So many of them came to us literally between March 14 and April 6 saying we have to change out our creative, we cannot run what we did. So they had to scramble and redo advertising in that three-week time frame. Can you imagine? I'd say six or seven of our partners had to change out their advertising.

What kind of attribution or tracking capabilities are available to advertisers on Quibi today?

The two most important that launched were viewability with Moat and then also Nielsen tracking. So our advertisers know exactly what the viewability is, what the completion rate is, what the impressions are that they get from us. We will add more over time. The good news is, we have 97 percent viewability of our ads and 92 percent completion ratio rates of the ads, which I think is really, really good for a startup and, I think, good overall in the industry for a digital platform.

Do you plan to increase sociability of the platform?

Today you can share content from Quibi to your network and you can share it to a social platform or to someone by text or email. We will eventually, I think, experiment with how we make this platform more social. Should we have thumbs-up, thumbs-down? Should you be able to comment in real time while you're watching Quibi? I'm a big believer, however, in startups. You can only do a small number of things really well. I don't think we can create an entirely new social platform. That ship has sailed with YouTube and Facebook and Instagram and Snapchat and all the ones that are out there. But I think there are ways to engage users.

How are you taking advantage of being mobile-first?

I'll give you a perfect example. Steven Spielberg is doing a show for us that will come in the fall. He came to us with a scary story and he said, ‘I only want people to be able to watch at midnight because if you're watching at midnight, it's super scary—scarier than if you were watching it during the day.’ The creative team said, ‘Well, maybe we could launch at midnight in New York and it would be dark here.’ The engineering team said, ‘No, no, no, no, no. This phone knows exactly where you are. It knows exactly when the sun sets and when the sun rises, whether you're in New York or Chicago or L.A. or frankly around the world.’ So it ended up being called “Steven Spielberg's After Dark,” and when you're in New York, as soon as the sun sets, then Steven's show will come up on the app, and then the next morning, right as the sun comes up, you won't be able to watch until when the sun sets that evening.

Does Quibi have an interest in live programming?

Not right now. Live events are a whole other engineering challenge. You never say never, but I don't see it in the foreseeable future.