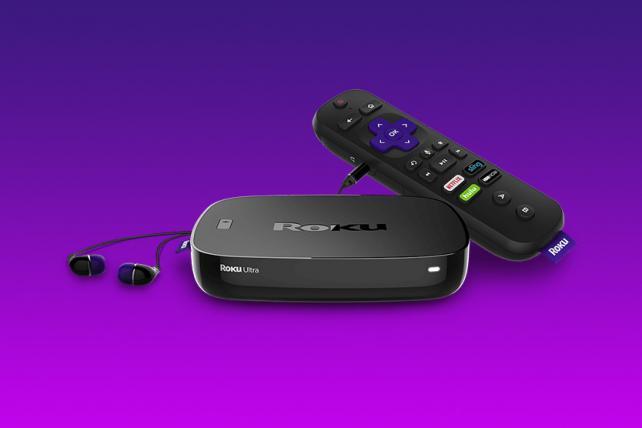 Roku's channel can now be downloaded in app stores outside its set-top box.
Credit: Roku

The Roku Channel is expanding beyond ad-supported programming into pay TV by offering subscriptions to networks like Showtime and Starz.

Roku announced on Wednesday that it would offer subscriptions to more than 25 video services, which viewers can access via its streaming channel.

The free Roku Channel, which debuted in September 2017, is filled with Hollywood movies, shows and live TV that come with advertising. The subscription packages would make paid programming, ad-free, available to stream from one main channel, with one bill, as opposed to subscribing to each service individually. It's a business model that Amazon has deployed through Amazon Prime, where viewers can subscribe to pay-TV channels like HBO, Showtime and CBS. Apple is also negotiating with media companies to provide subscription services through a one-stop channel on Apple TV.

Roku also announced that its channel is now available through an app that can be downloaded on Apple and Google Android devices. That means subscribers don't need to own a Roku box to access the Roku Channel.

Roku has 24 million subscribers through its set-top box, and it is one of the few companies successfully competing with the likes of Amazon, Apple and YouTube in digital streaming video. In the third quarter, Roku's "platform revenue," of which two-thirds comes from advertising, topped $100 million, growing 74 percent year-over-year.

The Roku Channel is a growing part of the business, too, and it is now a "top 5" channel on Roku's platform, according to the company.

Channels like Showtime and Starz are becoming increasingly reliant on streaming platforms like Roku to get distribution, which can be a double-edged sword. The channels have to split subscription fees with the platforms. In fact, Netflix just severed financial ties with Apple, not allowing subscribers to sign up through the Apple App Store, which had been siphoning more than $250 million a year.

There's also a concern about networks relying too much on these platforms for their audiences. For instance, last month a BMO Capital Markets analyst estimated that a third of HBO Now and Starz subscribers come through Amazon. Of course, that's also why the channels try to cast a wide distribution net on multiple platforms.

Roku did not include HBO in its announcement. Other networks available through Roku Channel include Nickelodeon's Noggin, Tastemade and the Smithsonian Channel Plus, among others.

While the company did not say what the cost of subscriptions will be and how much of a cut it would take from the fees, a spokeswoman said it is similar to the cost on other cable platforms. Showtime costs $11 a month through Amazon.

"By making it easy for users to discover, subscribe to and watch premium subscriptions, we believe this offering will result in increased subscriptions and user engagement for our subscription partners and an even better user experience," Rob Holmes, Roku's VP of programming and engagement, said in a statement.