Service Cloud sales increased 20% to $1.02 billion
READ THIS NEXT
How brands are making sense of measurement during a global pandemic 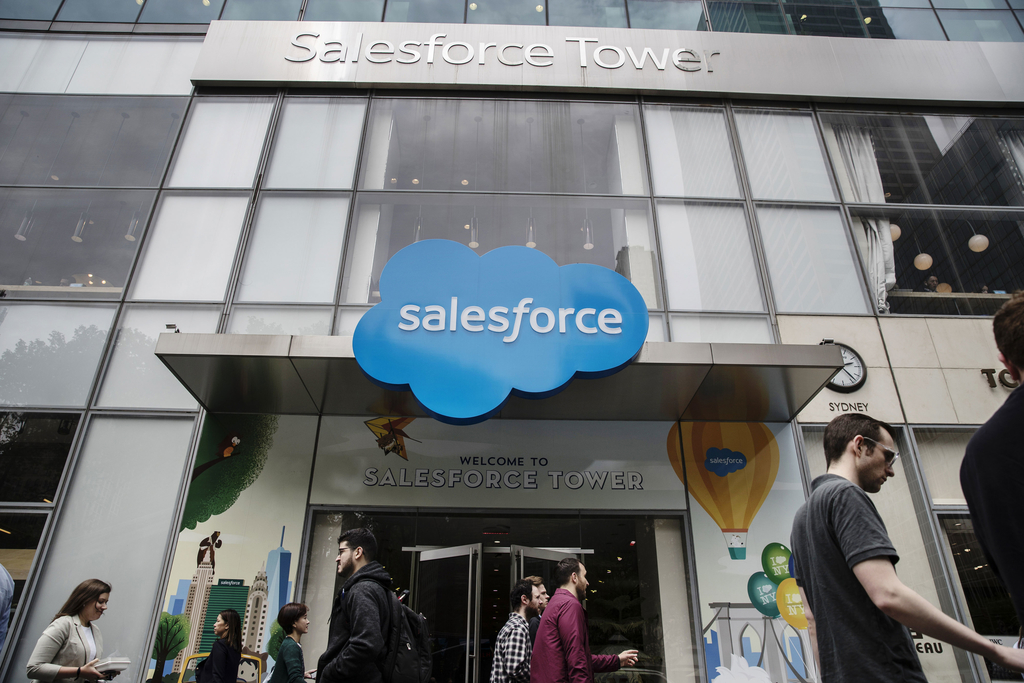 Sales will be $3.94 billion to $3.95 billion in the period ending in July, the San Francisco-based company said Tuesday in a statement. On average, analysts projected $3.94 billion, according to data compiled by Bloomberg. The company also raised its revenue projections for the fiscal year to $16.1 billion to $16.3 billion. Analysts estimated $16.1 billion.

Salesforce co-Chief Executive Officers Marc Benioff and Keith Block have chased new markets to reach an annual revenue goal of $26 billion to $28 billion by fiscal year 2023. The company announced last week that it would start offering blockchain software. Salesforce has also continued to expand by hiring more workers in offices around the world to sell its growing product suite for cloud-based sales tracking, customer support, productivity, and data integration.

Profit, excluding some items, will be 46 cents to 47 cents a share in the current period. On average, analysts projected 64 cents. Revenue increased 24 percent to $3.74 billion in the quarter ended April 30.

Shares rose about 2 percent in extended trading after closing Tuesday at $150.81 in New York. The stock has climbed 10 percent this year, amid investor concern that the 20-year-old business isn’t growing as quickly as it once did. Some of those worries may have been exaggerated.

The quarter “was slightly above average in almost every metric we track,” Richard Davis, an analyst at Canaccord Genuity, said in an interview. “This is one of the more unusual quarters I’ve seen in a decade of covering this company. People were really wound up about the billings and business momentum. It’s like sometimes when your kids wake up screaming and they think there’s a monster in the corner, and you turn on the lights and there’s nothing there.”

Revenue from Sales Cloud, the company’s flagship product, grew 11 percent to $1.07 billion in the fiscal first quarter. The pace of the business has been slowing and analysts were keen to see it maintain double-digit sales growth.

Service Cloud sales increased 20 percent to $1.02 billion. The unit has had loftier growth rates than the Sales Cloud as more companies adopt new tools for providing customer service and communicating with field workers.