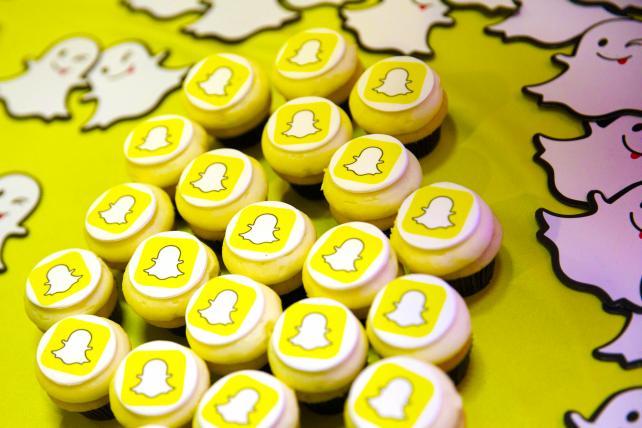 Snapchat has seen its audience decline since its redesign earlier this year.
Credit: Patrick T. Fallon/Bloomberg

Snapchat's finally bringing in more ads, but that might be turning people away from the platform.

On Thursday, the messaging and media app released its third-quarter results that showed another decline in daily users, but a welcome uptick in ad revenue to $298 million, an increase of 43 percent year-over-year. Snapchat also forecast a company record for ad revenue in the fourth quarter, projecting it will come in as high as $380 million.

The bad news is that Snapchat's user base declined to 186 million, from 188 million in the second quarter and 191 million daily users in the first quarter. The drop followed a mismanaged redesign of the app in the beginning of the year, and since then there has been a major overhaul at the top echelons of the company. Imran Khan, the company's chief strategy officer, is leaving as of next month, and his role is being replaced by two newcomers -- Jeremi Gorman, coming from ad sales at Amazon to be chief business officer at Snapchat, and Jared Gursud filling in as the next chief strategy officer.

"I am incredibly proud of our team and what we have accomplished in such a short time," said Evan Spiegel, Snapchat's CEO, in remarks following the release of the quarterly report. "We are excited about the future and we have just scratched the surface with respect to our long-term growth opportunities."

There are concerns that the quality of advertising on Snapchat could be harming the overall product, according to Rich Greenfield, media analyst at BTIG Research.

"The quality of Snapchat advertising has gone from incredibly high when [Snapchat] launched with a direct sales model to awful under programmatic," Greenfield wrote in a note for investors this week. The problem is that with Snapchat's self-serve automated ad platform is open to all comers which can diminish quality control.

In the quarterly report, Tim Stone, Snapchat's chief financial officer, said that the brand's ad impressions were up 278 percent year over year.

Greenfield also was critical of the redesign that created a separate space for professional media, called Discover. The media section had once been tightly controlled with a few select partners like Hearst, NBC Universal, Viacom, The New York Times and other top names in publishing. The Discover section is one of the main areas for Snapchat to deliver ads.

Last quarter, Snapchat unveiled new media products that brought in more partners, and the redesign helped increase the presence of so-called influencers, popular people on Snapchat, who can now appear in the Discover section.

Greenfield said that has led to a clickbait-like atmosphere with lower-quality posts that are light on substance but high on titillating headlines.

"It has now become a digital version of a supermarket endcap, featuring titles like National Enquirer, where clickbait and racy content rule," Greenfield said.

Still, Snapchat is making investments to improve the content. Last quarter, the company announced Snapchat Original Shows, producing 12 programs that are meant to offer advertisers a quality environment for their commercials.

"We believe Snapchat represents the best place for brand advertising on mobile, particularly for our young, highly-engaged audience," Spiegel said.