Walmart will do its first 'shoppable' livestream on TikTok, a holiday variety show to pitch apparel | Ad Age
Skip to main content
Sign In Register

Walmart will do its first 'shoppable' livestream on TikTok, a holiday variety show to pitch apparel 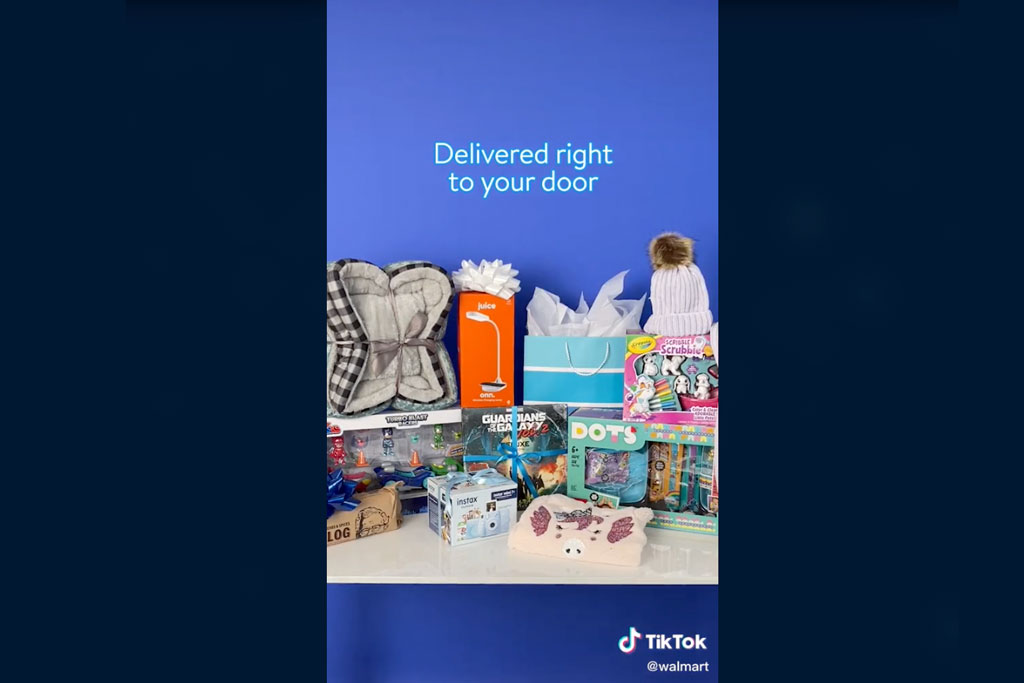 Tomorrow, Walmart will hold its first “shoppable” U.S. livestream on TikTok in a move that gives the giant retailer—which has a pending deal to acquire a piece of the platform—at least a temporary edge over competitors in e-commerce integration.

The one-hour “Holiday Shop-a-Long Spectacular” will be a variety show with 10 TikTok creators, led by Michael Le (@justmaiko) and his 43 million followers. They’ll showcase Walmart apparel brands, including Kendall + Kylie, Free Assembly and Sofia (Vergara) jeans in a major social commerce play. While Walmart has done plenty of shoppable advertising on social platforms, this is the first time it’s done a shoppable livestream, says U.S. Chief Marketing Officer William White in an interview.

The TikTok show will include peeks inside influencers’ closets, a living room runway show and fashion-themed dance-offs, during which people can buy featured items without leaving TikTok. Clickable “pins” will show up during that let people put items in their Walmart shopping carts either for immediate or later checkout without leaving the show, White says.

“We know our customers increasingly are on TikTok,” says White, who notes it’s Walmart’s fastest-growing social platform. “We want to shorten the distance from inspiration to purchase.”

White declined to comment on the equity deal beyond Walmart’s September announcement that it would join Oracle in taking a stake in the newly formed TikTok Global, encompassing TikTok’s U.S. operations. Under terms of the deal, Walmart would own a 7.5% stake and its CEO Doug McMillon would join the board of the company, which would have four out of five directors from the U.S. and be 80% owned by current owners of TikTok’s Chinese parent ByteDance until a public offering is completed within 12 months.

Walmart also would provide e-commerce, fulfillment, payment and other omni-channel services to TikTok Global. Trump administration gave the deal tentative approval in September but has yet to finalize it. Two federal judges subsequently have blocked the TikTok ban threatened by the Trump administration, which drove deal discussions. It’s unclear how the incoming Biden administration will deal with TikTok or the Oracle-Walmart-ByteDance deal.

“I would say TikTok is the hottest platform on the internet now, and we want to reach customers where they are,” White says. “That’s the much bigger impetus behind the why for us.”

Walmart has been on TikTok “a little over a year” with more than 436,000 followers, 2.5 million likes and several successful hashtag challenges, White says. “This is an evolution, but a pretty giant leap in that evolution to be the first ever to do a shoppable livestream within the platform.”

Programs come together fast on TikTok, White says, with this one happening “in weeks rather than months,” including a call with 40 people on Tuesday. Walmart did most of the work in house, but White says RadicalMedia is involved with the production and media shop Haworth is doing a relatively modest digital media buy behind the 8 p.m. Friday event.