How the Social Filter is Making the Campaign Mentality Obsolete
READ THIS NEXT
You Can't Stop Instagram Bots by Looking. Brands Have to Stop Buying Them
Eric Wheeler

We can all agree that we're increasingly social and because of that , the tables have turned. Power has shifted away from brands to consumers. If you have any doubt, consider two recent announcements: Facebook doubling its revenue the first half of the year to $1.6 billion and Nielsen's "State of Social" report that reinforces the massive amount of time spent interacting in online social environments.

If you told Don Draper that campaigns as he knew them would die in his lifetime, he would have fired you. Even today, in 2011, after being hit over the head with consumer empowerment, the ad industry is still reluctant to face a very stark reality: it's no longer the advertiser that controls the message, it's the recipient. The social consumer is so much more multi-dimensional than a seasonal retail push. But don't take my word for it, just ask the Back-to-School advertisers fighting over the .10 percent of ad impressions that actually get clicked.

Suddenly, it's no longer about the "campaign." Rather, it's about understanding the social influence of your own loyal consumers. What are these people interested in, what are they actually buying, and how can they be turned into a word-of -mouth marketing powerhouse? Advertisers have always known that an endorsement from a trusted source is the most powerful marketer. Just now they are coming to understand that they can decipher, court, and empower their "socially-influential" customers to do just that —a much more rewarding enterprise than simply trying to move a widget.

Campaigns may be dying; but brand-initiated "movements" are just getting warmed up. This holiday season, as retailers clamor for each and every dollar, bold brands will be launching holiday "movements" instead of the staid, expected campaigns of yesteryear. The day after Thanksgiving, smart marketers will care more about knowing how to motivate the customers they acquire to spread the word to others, as opposed to simply closing one transaction. In turn, these brands are tackling big questions:

Marketers can't afford to ignore the social dimensions and interests of their customers. Frankly, it's irresponsible and leads to a host of undesirable consequences:

From now on, brands must start with a marketing lynchpin of "who" versus the "what." By examining your business through a social filter, you'll not only cultivate social awareness, you will bring the inherent power of your brand graph into fruition; the ability to sell more during the holidays and to cast an even wider net for future sales. 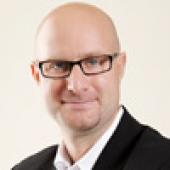 Eric Wheeler
View all articles by this author