Syndication and Multi-Platform Content Mastered, It's Time to Focus on Making Consumers' Life Easier
READ THIS NEXT
You Can't Stop Instagram Bots by Looking. Brands Have to Stop Buying Them
Zuobin He
There seemed to be no reason for Apple to launch a smaller version of the popular iPad after its enormously successful launch. But the secret sauce of Apple's products has always been to create convenience for consumers. The company soon realized that iPad had become an indispensable device in the consumer's bedroom right before we fall asleep. Research on second-screen viewing for the 2012 London Summer Olympics, for example, showed that people were watching in the bedroom with iPad. But the original device was too big and clumsy to hold comfortably in bed. A smaller version was a welcome addition. This is the principle of convenience consumption, and it has guided every successful brand from Apple to Google and Hulu. It's about making people's lives more convenient.

To a certain extent, building an Apple-like online experience is more complex than packaged goods, a combination of arts and science. It starts with mining the right metadata and building the right taxonomy in CMS. The next step is consumer-facing presentation -- landing-page design. Each step is data-driven. Success is tied to how convenient it is for the consumer to navigate and consume content.

When Hulu.com was launched in March 2008, the entertainment industry considered it just another distribution venue. But Hulu turned into a bigger opportunity and threat than people originally thought. They have since been trying to emulate the look and feel of Hulu.com, but with little success. When viewers come to hulu.com 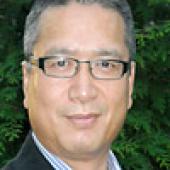 Zuobin He
View all articles by this author