Ad Blocking at the Network Level Undercuts Consumers' Ability to Control Content
READ THIS NEXT
You Can't Stop Instagram Bots by Looking. Brands Have to Stop Buying Them

The internet is creating an open-source revolution -- a bottoms-up change in human habits across the globe, driven by hundreds of thousands of technologists, content creators, and business leaders to create nearly unlimited entertainment, news, information, commerce and services unimaginable in other eras.

But something insidious has begun to threaten the free web as we know it.

Armed with powerful tools that block advertising from appearing on websites, new and old players in the ad-blocking and mobile operator industry are threatening to strip ads at the "network level" from websites, in some cases seeking revenue-sharing agreements from the very companies whose ads are being blocked.

What does that mean for consumers? Simple. Ad blocking at the network level undercuts consumers' ability to control the content they see and don't see, which is a bedrock principle of the world wide web.

Shine Technologies, backed prominently by Horizons Ventures and based in Israel, offers ad-blocking technology that allows companies to block ads at the network level. And last September, Jamaica-based mobile carrier Digicel announced that it would begin to implement Shine's technology on its network, blocking ads across all mobile display, apps and mobile video. Although there is an opt-out mechanism, by using Shine, Digicel is indiscriminately blocking ads for all customers by default, without offering a real choice or any transparency into their actions. Exactly how Shine determines what consumers can and cannot see is not available for consumers to understand.

Digicel has been sharply criticized by ECTEL, the Eastern Caribbean Telecommunications Authority, which sent correspondence to Digicel reiterating its position on net neutrality, which states that "service providers should treat all data on the internet the same, not intercepting, interrupting, blocking, degrading, discriminating or charging differentially," and that ECTEL is "therefore advising Digicel to adhere to the stated principles of net neutrality and to refrain from deploying its ad control technology within ECTEL member states."

The ultimate hypocrisy? After framing all of this as favorable to consumers, Digicel has approached major media companies for revenue-sharing agreements. In Digicel's vision of the future, the network will resemble a pay-to-play toll booth, charging consumers and publishers for access to each other.

Online ads power the open internet and preserve the value exchange that lets consumers enjoy unlimited content for free by simply indulging a few seconds of advertising. Yes, some consumers are choosing to install ad blockers, and many websites are coping with this by explaining the value exchange and even offering leaner ad experiences to strike a balance for consumers. But if a consumer chooses to use an ad blocker, it should be his or her choice to decide what to see and what not to see.

Digital publishers are committed to improving the user experience -- but regrettably, it looks like this won't stop the unilateral, industrial ISP-level ad blockers. In February of this year, in advance of Mobile Congress World in Barcelona, Three UK and Three Italy announced plans to implement Shine's technology on their mobile networks, paving the way for other brands in the Three Group to follow.

Another new entrant in the ad-blocking field is Brave, launched by former Mozilla CEO Brendan Eich. Brave's business model not only strips ads from publishers' pages -- it replaces them with its own for-profit ads. Earlier this month, 17 member companies of the Newspaper Association of America (representing more than 1,200 newspapers in the U.S.) sent a letter to Brave arguing that its actions are unethical and raise legal questions about copyright infringement and unfair competition.

This type of ad blocking raises a host of issues that should worry casual internet users, American businesses and proponents of an open internet. These bad actors are stealing from publishers, subverting freedom of the press, operating a business model predicated on censorship of content, and ultimately forcing consumers to pay more money for less and less diverse information. Worse, there is no distinction between good ads and bad ads -- it is all or nothing. At the end of the day, this will do nothing to create a better media ecosystem and will only contribute to the end of the open and free web as users know and enjoy it today. It also raises concerns about anti-competitive behavior and freedom of expression.

There is a way out of this conundrum. It requires new operating standards -- consumer-friendly rules of the road that regulate how we will operate our sites, our advertising, and our delivery. The IAB and IAB Tech Lab are doing their part in working with online publishers and advertisers, but everyone who values a free and open internet should unite in opposition to this looming threat in Latin America and the Caribbean -- and even here in the U.S. 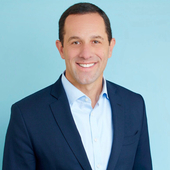