The Long, Sad Story of Ask.com

The announcement from troubled IAC portfolio asset Ask.com conjures ghosts of Internet search's past. Ask's identity crisis as a search provider, a technical solution, an algorithmic brand and a loveable cartoon character icon has come to an end.

The once powerful search site is now going to be a question-and-answer site. I thought that's what search engines were supposed to do, but maybe I am missing something. The latest fashionable failure trend is pretty simple, if you can't be big, be niche. Will it work?

How to lose the internet
The headline surrounding Ask's demise could have looked something like this: Chevrolet to Give Up on Cars, Can't Compete With Ford Head on. "Chevy has been struggling over the last few years," said Chevy CEO Jason Mewes. "We want to focus on lucrative ancillary business lines like our baby moon hubcaps. We just can't compete with Ford's complete vehicles, but we make one hell of a hubcap."

The problem with making the best baby moon in the business is the consuming public's appetite for hub caps will eventually disappear and wheel making technologies improve thereby eliminating the need for them.

Much in the same way, the need for Q&A sites will disappear as information becomes easier to find. Right now, Q&A sites fulfill a valuable need on the web?generating ad impressions alongside rumor and speculation?but I'll get back to that in a minute. First, let's take a look at Ask's most pivotal moments in history:

Once more into the heap
What's to be learned from all this? Well other than Ask management should really start listening to Trey Parker and Matt Stone, lots. A year after the butler was dropped even the South Park kids were still calling it "Ask Jeeves." We know that a super creative media initiative requires common sense and staying power to affect any sort of change in the search marketplace.

Though Microsoft failed to rebrand its search in 2005, the new Bing campaigns are netting slight increases in search share, but it's hard to justify the hundreds of millions spent on media and creative if you are anyone but Microsoft. The Bing campaigns are very good at reaching searchers and pointing out the flaws in our current system.

The abject failure of Ask.com's "The Algorithm" campaign is an amazing case study in how easy it is to completely disconnect from your audience. It was a campaign that was targeted to the searching world and only seemed to reach hipsters. In that critical time frame of May 2006 to 2007 Ask lost 10% share of search while Google gained 10%.

Answers = ad impressions
If you consider the trend of actual search queries beginning to get shorter as a result of instant search, there might be a brief future for the Q&A model. However, the community question model will fail in all respects except serving ads against miles of half witted questions and answers. People really qualified (or at least knowledgeable) in answering almost any subject matter specific questions get paid to do so.

Speaking of getting paid, why would anyone ask a question only to have someone else conduct a series of web searches to find the answer? At least Cha-Cha is focused on mobile devices?a venue that makes sense for some Q&A since trying to find anything on a mobile device beyond a pizza place or taco stand is still a right pain in the arse.

When I Ask'd the search box "how do I become an answers expert?" the first two results were from Yahoo! Answers. Another in a long line of examples of search sites trading ad impressions, just what the world needed.

All Q&A sites really do is instigate more searches. More searches means more ad impressions which equals more money for publishers. It's a pretty simple equation and its far from an original idea. The Q&A concept is nothing more than a cash machine capitalizing on the stupidity of the masses couched on the adding value for humanity premise. 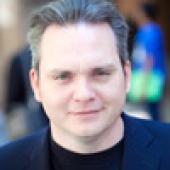