READ THIS NEXT
You Can't Stop Instagram Bots by Looking. Brands Have to Stop Buying Them
Credit: milindri/iStock

When we think of influencer marketing, we think of names like Kim Kardashian -- omnipresent celebrities with enormous fan bases. But a more effective (and realistic) approach for brands is to think micro. By partnering with multiple influencers who have smaller but more engaged audiences, advertisers can drive more meaningful results.

Let's say you are a Doggy Jewelry line (hey, those exist). Partnering with Ms. K. West could certainly get you exposure, but wouldn't it be more powerful to find niche influencers whose audiences were all exclusively dog lovers?

When assessing an influencer collaboration, advertisers have to look beyond the sheer size of an audience. Instead, they ought to consider engagement metrics, just as they do when evaluating other types of digital advertising opportunities.

Micro-influencers have smaller followings than macro-influencers (think 10,000 to 90,000 followers as opposed to hundreds of thousands). They are often real people, not pop stars or reality television sensations. But that doesn't mean working with micro-influencers is easy. It comes with its own set of unique challenges.

Let's start with the benefits:

They often have a more personal connection with their followers

Typically, these influencers aren't celebrities. They are real people with a deep passion or subject-matter expertise. They are often more relatable than big-time influencers, and their content can feel more authentic and personal.

They often have higher engagement rates

Micro-influencers' content often performs better than macro-influencers' posts. According to recent research, engagement rates on Instagram drop as the number of followers increases. People with less than 1,000 followers have a "like" rate of about 8%, whereas people with 1,000 to 10,000 followers have a "like" rate of about 4%. This drops to 2.4% for those with 10,000 to 100,000 followers, and to 1.7% when their audience grows to 1 million-plus followers. For advertisers trying to get the most bang for their buck, it's worth considering the most effective path to scale.

Their audiences may be more targeted

Many of the social media juggernauts have diverse fan bases. This can be a great thing, but for brands trying to target a particular type of customer, it's better to think narrow. Micro-influencers often cater to a specific, niche audience. Remember the Doggy Jewelry example? Influencers who specialize in all-things-puppy will help the company reach prospects more effectively.

They are easier to connect with

As of last year, 84% percent of marketers planned to launch an influencer campaign, and 81% said influencer marketing was effective. Great stats, but there are only so many influencers to go around. As demand increases, the big names get harder to pin down. People with smaller audiences may be easier to get a hold of than superstars. They may also be more open to a collaborative process, which can produce content that aligns with your brand ideals while still feeling genuine.

They are more affordable

A smaller audience can mean a smaller price tag. Of course, brands will need to partner with a number of micro-influencers to achieve scale, but even so, the total cost will often still be lower than the fee commanded by a macro-influencer. And since micro talent tends to drive higher engagement rates, the overall ROI will probably be higher than it would be with a macro approach.

Influencer marketing is not without its challenges, and when you bring more influencers into the picture, those challenges are compounded. Marketers report problems identifying the right influencer, finding the right engagement tactics and measuring a campaign's performance. Now you have to do all of those things five more, 10 more, even 40 more times.

In addition to the added logistics and expanded administrator work, you also have to manage more personalities and, more importantly, more content. One of the best things to do here is to accept that the content that comes out of each influencer's mouth isn't going to be the same. That's OK! If you try to micromanage your micro-influencers, you'll lose what makes them so great in the first place: authenticity.

Influencer marketing is a balancing act between reach and relevance, and a micro approach can be the key to driving results at scale. But advertisers can't go in thinking it is simple, or by any means a "small" undertaking. With planning and trust, brands can connect with their prospects and drive action, one micro-influencer at a time. 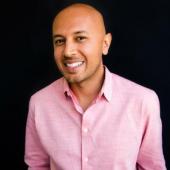 Ted Dhanik
Ted Dhanik is CEO of Engage:BDR, an online advertising technology company.
Follow View all articles by this author