Orkut Wasn't a Total Failure. In Fact It's Still Winning in Brazil
READ THIS NEXT
You Can't Stop Instagram Bots by Looking. Brands Have to Stop Buying Them
Michael Scissons
Credit:
Michael Scissons

Google has a little secret; Google+ is not currently its most popular social network. The top spot in the world of Google social networking continues to be held by Orkut, the once shining, now fading star that held much promise. There is no question that Google+ will soon take the top spot, but this presents Google with a challenge. What do they do with Orkut's 51.7 million monthly unique visitors (ComScore June, 2011) and its market share leadership position in Brazil?

The question is not an easy one to answer.

If Google forces all Orkut users to Google+, it will likely result in user confusion and acceleration towards Facebook. If, Google does nothing, a quick analysis of market trends suggests that Facebook will usurp the market leader in Brazil sometime between March and September of 2012. So what is Google to do with their ailing former child star?

Orkut is still king and growing in Brazil
Despite a cloud of Facebook ash heading towards Brazil from Palo Alto, the locally run Orkut is still the clear leader in the market. According to ComScore, Orkut grew from 29.6 to 35.6 million monthly unique visitors, a 29.6% growth year-over-year, from June 2010 to June 2011. Facebook grew nearly 3X, from 8.3 to 24.4 million and Twitter from 7.9 to 12 million, in that same period. Clearly these are very different growth trajectories. Likely, the only thing that allows the Orkut team to sleep at night is their audience engagement metrics. Orkut owns Brazil with nearly double the engagement, reporting a whopping 21.2 minutes compared to Facebook's 12.2 minutes spent on each respective site per usage day (ComScore, June 2011).

Millions still engaged - but for how long?
Facebook historically hits a tipping point where other networks fade quickly. We have witnessed this dynamic across numerous international markets, ranging from Latin America and Asia to Canada. If Google doesn't attempt to preempt the shift with an Orkut user migration, this challenge will become much more difficult with Facebook engrained in the Brazilian culture and firmly entrenched with near-equal or greater market share in the next 12 months.

Orkut is off-brand for Google
More clues to Google's plan for Orkut may come from the July migrations of Picasa and Blogger to "Google Photos" and "Google Blogs", in what appears to be an effort to build strength around the Google+ framework. In a global branding effort and with their global war on Facebook, the Orkut brand is lost at sea.

Orkut is not a platform for global marketing
In a time long past, Orkut presented a promise to global marketers who wanted to have a presence on the hottest social properties of the time, including the likes of MySpace, Hi5, Friendster and Orkut. Global advertisers today are unlikely to entertain Orkut as a marketing vehicle for anything but a local market ad spend, leading most advertisers to place their focus and ad dollars on Facebook as opposed to Orkut. This "unvirtuous" cycle further accelerates the market share gains and losses as marketers promote their Facebook URL and spend ad dollars driving traffic to Facebook. If Google+ can provide a similar platform for advertisers as Facebook, but with a clear point of difference, Google+ could have hopes of being promoted and a home of spending for large brands.

So, what's a global marketer to do?
If a marketer is serious about Brazil, then Orkut is worth looking at in the short term, given its engagement and audience strength today. Consider focusing on local display or other ad placements and avoid ideas that create cost or unique requirements around the Orkut infrastructure. However, Facebook and Twitter are far more relevant global social media platforms, giving global brands the opportunity to develop synergies and leverage best practices without having to support an orphan platform in a single market.

How do you handle social marketing in Brazil? Let me know on Twitter @scissons. 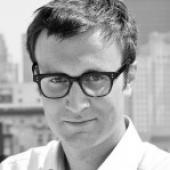 Michael Scissons
View all articles by this author