The release of the Interactive Advertising Bureau's Blockchain for Video Advertising white paper has the digital ad industry abuzz. The emerging technology, best known for powering cryptocurrencies, is apparently coming to save us! Forget that much of the conversation last year revolved around AI as the solution to our transparency and fraud woes. Now, we see a raft of claims that it's blockchain, with decentralized power and public ledgers, that will reinvent financial systems and disrupt every industry, including advertising.

Much like the talk of AI, today's conversation around blockchain includes a good amount of hyperbole. Still, today's wishful thinking is driving tomorrow's solutions, so it's worth toning down the enthusiasm to see where the real potential of blockchain for advertising lies.

A need for speed

The most ambitious vision for blockchain in advertising is that, just like it does for cryptocurrencies, the technology could be used to process digital ad transactions in real time. Unfortunately, the truth is blockchain is simply too slow to work for the real-time aspects of our programmatic trading world.

To say that exchanges move at breakneck speed is an understatement. And speed matters. Every second, demand-side platforms process hundreds of thousands, if not millions, of transactions because ads must be sold and served near-instantaneously. In real-time auctions, responses have to be returned in fewer than 100 milliseconds under IAB guidelines, and most occur in under 75 milliseconds.

Blockchain simply isn't built for the demands of ad-tech needs when it comes to speed. In fact, Bitcoin, which is the most famous of all blockchain applications, can only process 4 to 7 transactions per second. While its open-source rival, the blockchain-based Ethereum, can do a bit better at 15 transactions per second, and running a blockchain privately could also speed things up, even the engineers behind the technology will admit: "Blockchains don't scale."

Having said that, there are multiple approaches being considered to improve speed, such as using proof-of-stake instead of proof-of-work. The Lightning Network is attacking the problem differently by building a highly-scalable payment system built on top of blockchain that supports instant transactions between participating parties. This could be an approach for "micro digital advertising transactions."

There are still aspects of the technology that do have valuable applications in the programmatic paradigm. One of these is the distributed immutable ledger.

The truth, the whole truth and nothing but the truth

Today, when a campaign wraps up, a platform may claim to have delivered 20,000 impressions while the publisher reports that it was 22,000 and the advertiser says it was only 19,000. In a situation like this, the parties need to come to an agreement before anyone can get paid, and without any universal source of truth, the advertiser is stuck negotiating which of the metrics will be the basis of billing among the partners.

Blockchain would definitely be of help here, as it could be used to reconcile an agreed-upon number of impressions and subsequently process the billing. For this to work, a public ledger would have to be populated with every system's impression data. The ledger becomes a truthful and accurate record that represents each of their perspectives about which no one can argue.

Since this kind of summation does not require real-time processing, this is an area of digital advertising for which blockchain as we know it today, should work just fine. However, since the current speed of updates only supports aggregated reporting, we still remain a step removed from transparenc—lacking the detailed transaction-by-transaction data from each partner.

Get smart: A glimpse to the future

But this can certainly serve as a stepping stone for what's next. Blockchain technology is still developing, and the most exciting, transformative potential lays in the next generation, with developments such as Ethereum's "smart contracts."

Smart contracts are pieces of code or distributed apps (dapps), written by developers, that set up a binding agreement that is triggered based on some specific external event. For example, the contract may only be activated if a specific expiration date or strike price is hit. And, because there's the public ledger, it can't be gamed or changed. Instead, everyone from the partners to market regulators has the ability to scrutinize the transaction. In the future, a smart contract could be updated every day with the latest delivery, impression or click data, and even initiate payment when the campaign concludes.

We also expect to see even more new applications of blockchain as a result of development by companies like IBM, Amino Payments, MetaX or NYIAX, which are all investing heavily in advertising-focused blockchain. So there's reason to be optimistic. Yet, like the notion of blockchain itself, many of these methods will need to be ruthlessly tested from all corners of the industry to ensure their worthiness as a reliable lens through which programmatic ad processing can be transacted. 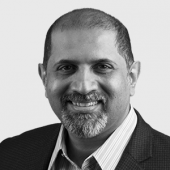 Beware the Tales of Techlash