Gear VR Powered by Oculus Will Change the Way Brands Interact with Audiences
READ THIS NEXT
You Can't Stop Instagram Bots by Looking. Brands Have to Stop Buying Them

The advertising revolution took another step forward this month when Samsung announced virtual reality capabilities for its new Galaxy Note smartphone. The Gear VR headset provides panoramic, immersive, three-dimensional technology that interacts with the movements of your eyes and head. Gaming will be a key application, but it's already being used to immerse users in music concerts and travel experiences. Soon, this unprecedented technology will fundamentally change the way that brands interact with their audiences.

The technology is powered by Oculus Rift, which was created in 2011. When Facebook purchased it in 2013 for $2 billion, Mark Zuckerberg announced, "Imagine enjoying a courtside seat at a game, studying in a classroom of students and teachers all over the world, or consulting with a doctor face-to-face -- just by putting on goggles in your home." Chris Dixon, an investor at Andreessen Horowitz, said in a Wired.com interview, "I think I've seen five or six computer demos in my life that made me think the world was about to change: Apple 2, Netscape, Google, iPhone… then Oculus."

You might have questions about Oculus and whether it's a viable technology. The original version is big and clumsy. The new Samsung version looks a bit goofy. While reports cite that it works extremely well, it makes some people nauseous. It's expensive and, outside of the early-early adopters, very few people will line up for the new Gear VR headset. However, the first generation of technology is always big, clumsy and expensive. The second and third generations come in a blink of an eye.

Virtual reality will create incredible opportunities to build brands through immersive experiences rather than interruptive messages. People will be able to put on Oculus and virtually sit in cars, go on vacations, use sports gear, wear clothing, explore new homes or surround themselves with any item that requires an involved purchase. It will enable customers to be as close as possible to touching and feeling a product without having that product in front of them.

Brands will be able to differentiate themselves by creating immersive experiences. For many brands, these experiences will be more influential than paid advertising. This doesn't mean the death of the 30-second spot, but it does point to a dramatic shift in moving budgets, resources and focus away from traditional techniques. Brands can't continue to compete through interruptions and clever storytelling alone. There's too much technology available that empowers consumers to directly experience the strengths and weaknesses of products and services.

Of course, many in the industry will misanalyse the opportunity and think virtual reality provides yet another opportunity to reach target audiences with interruptive advertising. Trust me, there's a VC company being pitched in Silicon Valley right now about an ad network that will enable pre-rolls and interstitials to run on a virtual reality content platform. It will include all of the key buzzwords -- transparency, real-time bidding, data targeting, blah, blah, blah. Those approaches will be a fool's errand. Consumers don't want to be interrupted. And they sure don't want to be interrupted when they can be immersed -- intensely engaged with technology that enables them to determine how to best use their hard-earned dollars.

Here's the key action item: If you are still spending the majority of your resources on TV and other forms of interruptive advertising, you need to dramatically shift your focus. You need to optimize the entire consumer journey and empower your audience. You need to put more emphasis on earned and owned media than paid media. You need to create experiences that provide all of the rational and emotional information your audience covets. You need to use your own proprietary data and reduce the amount that you entrust to your media agency. You need to stop retrofitting yesteryear's strategies for today's technologies. You need to trust your gut.

Virtual reality won't change your business in the next year or two. Right now, it's just foreshadowing. Virtual reality might never be as real as technologists promise. Oculus might not be the company that nails it. Yet, without a doubt, technologies that create immediate, immersive experiences will fundamentally change the way consumers interact with brands. We are seeing it right now with search, social and mobile. We are only at the beginning of a revolution. Brands that develop their strategies now will gain a competitive advantage. Brands that don't recognize a fundamental shift in the marketplace will join the graveyard with the likes of Blockbuster, Hummer, Kodak and Borders. 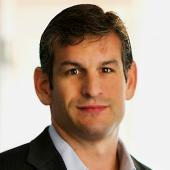 Jeff Rosenblum is Co-Founder and Partner of Questus