Go Small or Go Home: Despite Criticism, Microinfluencers Are Crushing It | Ad Age
Skip to main content
Sign In Register

Go Small or Go Home: Despite Criticism, Microinfluencers Are Crushing It

READ THIS NEXT
You Can't Stop Instagram Bots by Looking. Brands Have to Stop Buying Them
A recent op-ed in Ad Age argued that top celebrities, with huge followings and name recognition, offer a greater value than microinfluencers. Kristy Sammis says that's all wrong.
Credit: istockphoto

Influencer marketing is booming, and one thing in particular is clear: microinfluencers are 2017's "It girl."

Even in his recent column criticizing the use of microinfluencers instead of more famous endorsers, "In Defense of the Celebrity Influencer," Seth Kean identifies microinfluencers as "advertisers' new social media darlings."

There's a reason. Microinfluencers are small but mighty, and solve a host of sticky advertising challenges in ways no other tactic can.

Beyond that, the spectrum of "microinfluencer" is broad and impossible to define by an arbitrary "10,000 to 100,000" follower count. Those thresholds are completely subjective, and follower counts are only part of what makes someone influential (sadly, people still buy followers to seem more popular).

Instead, microinfluencers should be identified and engaged based on advertisers' needs. Start by asking: What do you want your influencers to do? What strategic role in your campaign will influencers play? Set your goals, then find whom you need.

Yes, engaging influencers is strategic. We're well past the days of, "Let's have some bloggers write reviews," or hoping that a handful of celebrities will impact a campaign. Microinfluencers solve several advertising problems and drive sales.

Why microinfluencers change everything

Authenticity. You get it: Influencer marketing works, because consumers trust peers more than brands. Coupons posted by individuals are shared 10x more than those by brands, for example.

What you may not know: the smaller the influencer, the more trusted they are. We've observed consistently over the last near-decade that celebrities -- even the "internet famous" -- are less trusted by their audiences. The more prominent an influencer is, the more skeptical their followers tend to be of sponsored content. It's also easier for followers to tune it out.

Engagement. Studies find that as follower counts go down, engagement goes up. Intuitively, we know this is because lesser-known influencers' audiences feel more connected to them; it's more a personal relationship than that of prominent influencers. Which feels more special: being one of 23 commenters or one of 23,000?

What's even more remarkable is how people engage with microinfluencers versus bigger influencers. Our research consistently shows that as an influencer grows in prominence, so does the percentage of negative engagement. Audiences of "celebrity influencers" are more likely to react negatively to sponsored posts.

Cost-effective. High-tier influencers are expensive. YouTubers with a million followers can command $100,000 for a single sponsored video! For what results?

A professional YouTube video may generate lots of views, but still suffer from low and/or negative engagement. Meanwhile, for a $100,000 spend, advertisers could engage hundreds of microinfluencers to create and distribute content. Rather than one glossy video that performs much like brand-generated content, a microinfluencer program would deliver several authentic videos, reach broader audiences, generate more collective views, produce higher engagement, and create more positive brand sentiment.

Mass distribution. Many tools focus on helping brands engage microinfluencers to develop creative, authentic, engageable content at scale. Why commission one video when you can have 50 brand advocates create video for the same cost? Or, say, 500 or 5,000 Instagrammers?

It's possible to engage thousands of influencers efficiently and cost-effectively to either create or distribute content at scale. Some agencies specialize in microinfluencer activations that allow brands to "turn on" influencer sharing similar to setting up a Facebook ad.

Imagine if, rather than a display ad announcing a product launch, your brand had 5,000 human beings, identified using audience insights, sharing information with their friends, family and extended audiences? The latter is far more powerful and trackable, and it's impervious to ad-blockers.

The influencer marketing industry has matured. Influencers aren't just a tactic, but a strategic solution. A full-scale influencer program can now include:

A brand would enjoy mass content creation and distribution guaranteed to meet reach, engagement and conversion KPIs. In an industry landscape where demonstrating value is crucial, a brand would be hard-pressed to gain the same quality of results from using a celebrity. 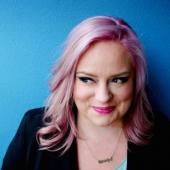