Why Slowdown in Technological Innovation Is Actually Good for Business

New Technologies Have Stalled, But New Ideas Haven't
READ THIS NEXT
You Can't Stop Instagram Bots by Looking. Brands Have to Stop Buying Them

Marketing is poised for exponential growth in large part because technological innovation has dried up. On the heels of the digital revolution of the mid-1990s and the social revolution of the mid-2000s, the pace of new social and digital technologies inevitably slackened. Given the respite, marketers shifted away from their desire to innovate something totally new in favor of putting together already existing technologies in smarter ways.

Here is how we came to this future:

During 1993 to 1995 -- at the dawn of the digital marketing age -- innovation was palpable. The rise of fast-growing internet service providers such as AOL and CompuServe launched the phenomenon of mass information and social sharing. Amazon.com and Ebay.com ushered in e-commerce. And long before the dot-com fire of 2000, the internet's basic models of community and commerce were ingrained.

Between 2003 and 2006, innovation reignited with the launches of MySpace (social networks), Flickr and YouTube (media sharing), iPhone (mobile), and Typepad and Wordpress (blogs). Facebook began metastasizing beyond the ivied walls of Harvard, followed by a 140-character hurricane called Twitter. In a flash, the cornerstones of our social habits rooted. Instagram, Pinterest and Vine arrived as iterations, not innovations, albeit popular ones.

The pace of technological innovation inevitably slowed by 2010. Brands had time to erect minimum viable solutions for their social media channels, and some even cobbled together workable mobile sites. One company no longer felt "fatally" behind another in social or digital. Without the pressure to innovate in response to new technology, marketers chose to make social media, which embodied so much of the technological innovation, into a form of marketing they already did rather than something altogether new.

So, advertising got a bit better; PR got a bit smarter; websites became a tad more social. And big money was still to be made based on 30-year-old technology (augmented reality was created in 1990 for fans of "The Lawnmower Man"), proven by Oculus Rift's sale to Facebook for $2 billion

But, the proof was clear that innovation had stalled. Super Bowl advertisers abandoned social and digital integration by 2014. This year, South by Southwest failed yet again to produce a buzzworthy debut akin to Twitter, Foursquare or Highlight.

No More Big Bangs. All media self-organizes by affinity, by narrower and narrower niches. Success today is based on translating existing horizontal models for vertical industries instead of creating technologies for the masses. Uber and Kickstarter are not innovative technologically, but they brilliantly adapt technologies for specific social purposes. It is not the big thing; it is how the things connect.

Greater Diversity. With higher digital and social IQs in marketing, success now requires a greater diversity of skillsets. If technology is more readily available, there is a higher premium today on knowledge of the idiosyncrasies of vertical markets and the behavioral interconnectivity of the channels. This trumps knowledge of bits and bytes. For example, Airbnb applies a basic marketplace model to solve a pretty cool challenge in real estate and hospitality.

Social Behavior, not Technology. Marketing breakthroughs rely on social behavior, the biological trait of humans to share and socialize. This behavior exists across every aspect of shopping and buying. As such, breakthroughs arise independently of any specific channel. It no longer makes sense to begin with a specific channel or a technology in mind. I am pretty sure that Chet Kanojia, the founder of Aereo, did not begin by trying to improve the antenna. Instead, he observed a behavior, and found an oddly low-tech solution by combining existing tech.

Listening is More Important than Ever. Marketers became bored with listening, because they too often siloed listening to standalone social media conversations. Listening must occur enterprisewide and across digital, social and in-store channels. And, we have to listen to the right conversations, the ones that express actual intent. Using these insights, we can conclude that 3D printing -- invented way back in the 1980s -- will not be relevant in a marketing context for years. There is simply not the intent, even if there is the wow factor.

In the absence of the urgency forced by rapid-fire technological innovation, savvy marketers had time to come up with ideas that relied more on behavioral insights than new tech breakthroughs. It was now good business to combine two things together for smaller audiences rather than trying to create one big thing for everyone. There is no mass market left really, only interconnected affinity groups, although some are larger than others.

If history holds true, the next wave of technological innovation is coming soon. There was a five-year lag between the creation of the web and the creation of the dominant web platforms. There was a five-year lag between the dot-com crash and the social media revolution. If the iPad was arguably the last great innovation before the current technological stall, then look out for next year. 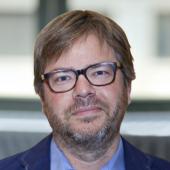 Curtis Hougland is the founder of People First Marketing.