How to Turn Tweets Into Ratings Points

A Formula to Help You Integrate Social Media Into the Marketing Mix
READ THIS NEXT
You Can't Stop Instagram Bots by Looking. Brands Have to Stop Buying Them
Zach Rosenberg

We all know we have to be in social media. We know it works. But we're not at all sure that just totaling up "likes" is the best way to measure the effectiveness of our social media efforts. Social media needs to be sustainable and embedded into all aspects of the marketing mix as part of a single, integrated brand effort. The best way to do that is to turn tweets into actionable target ratings points (TRPs).

To begin, we need to define what, exactly, we're measuring. We need to not only measure brand sentiment, we need to gauge its value both positive and negative and determine how it impacts offline media activity and further, channel selection and weight levels. We need to look at the tone of a post and also references within the post, not to mention volume and source.

There are many digital actions that can affect consumer perceptions and behaviors, including but not limited to:

Positive buzz is worth gross ratings points (GRPs) but if the buzz is negative, you need to first manage the communication by going where the conversations are taking place. It is critical to quickly convey positive messages that are both genuine, personal and, when appropriate, apologetic. You must then consider whether it also makes sense to strengthen other media channels to further counteract the negative buzz.

When placing a value on the overall relationship it is important to keep in mind that in doing so, marketers should not be solely focused on increasing their number of likes (fans) and followers. Increasing retention rates, and/or conversion rates can have just as much, if not more, impact on increasing the value of a social relationship.

So how do we roll all of that up into a formula that turns tweets into TRPs? There are many companies tracking all this activity and it is important that we look at a few key metrics to truly measure the value of social media so offline media can ultimately be optimized appropriately and accurately.

This includes the following:

So here's how we calculate tweets. We need to create a value hypothesis for Twitter posts not to mention other integrations. If the average number of followers that a Twitter user has is 136 (per Twitter), we then estimate that the number of those 136 followers who will likely ever see a given tweet is 5% (a conservative estimate based on partners who leverage the Twitter platform).

So if a client's brand is referenced in a tweet, say, 10,000 times, using this formula, it would equate to 1.36MM potential exposures or impressions (though these may not be unique exposures). At the 5% rate of who would be exposed, the number comes in at 68,000. Using this number and assuming a 1x frequency vs. the active US Twitter universe of 21MM, we come in at just over 1/3 of a rating point. Given the self selected targeting inherent on Twitter, we should assign a premium value, say x10, which would turn this fractional rating point potentially into over 3 rating points. Special consideration should also be taken to differentiate/factor in exposure created by 1) brand tweeting 2) influencers with large social graph tweeting and 3) the average person tweeting.

Let's consider a real example based on what we've seen in the Twittersphere. If any given episode of a TV show were to generate 200,000 Tweets, then using my formula above (136 potential followers likely to see a Tweet), we come up with 27,200,000 potential exposures or impressions. At the 5% rate for factoring true visibility, we're talking about 1,360,000 exposures. When divided against the Twitter universe and using the premium value factor, we generated 65 TRPs. A TV episode that can generate that level of TRP activity is bound to be one of the most socially talked about shows on that night. Creating this level of buzz will help a show break out of what is a typically highly competitive environment.

So we now have a social currency benchmark and can more objectively compare it to other media channels. While these numbers may seem insignificant, it gives us a formula to work with as these numbers will inevitably grow in size. By having a more holistic view, we can make necessary adjustments based on brand sentiment. We're not the only organization circling around social GRPs but, moving forward, we as an industry will need to figure out what the best formula is to equivalize TRPs so that all activity across all media channels can be calibrated to maximize campaign effectiveness.

After all, he who optimizes a client's media investment to its fullest wins. 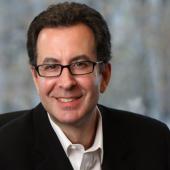 Zach Rosenberg
View all articles by this author