Publishers Are Putting Ads Before User Experience To Get Views
READ THIS NEXT
You Can't Stop Instagram Bots by Looking. Brands Have to Stop Buying Them

During the British colonial rule of India, the government was concerned about the growing number of venomous cobra snakes. In order to curb this threat, the government offered a bounty for every dead cobra. Naturally, the venomous snakes were killed in exchange for the reward. Over time, however, people started breeding cobras for the purpose of killing them to collect the reward. When the government caught on, the entire cobra program was scrapped. This, in turn, led the cobra breeders to set loose their now-worthless snakes. The only results of the whole exercise were a massive increase in the wild cobra population and an invaluable lesson in unintended consequences. A similar scenario is playing out in digital marketing with the emergence of viewability measurement.

After years of searching and debate, many advertising luminaries believe we have finally found the Holy Grail of digital media effectiveness in this new viewability measurement. But it appears that in our rush to find a metric -- any metric -- we may be losing sight of the effects that such a decision will have on the way the internet looks and works. The result, while not as catastrophic as wild venomous cobras, will have its own unintended consequences.

Viewability doesn't measure if someone is actually seeing an ad -- far from it. Technically, it measures if at least half of the ad is in the browser window for at least one second. Think about that for, well, one second. With banner blindness being a real challenge and consumers routinely ignoring banner ads -- even those that are on the screen for some time -- can an advertiser actually be happy knowing a fraction of its ad was on the screen for a mere blip? Just because the ad was served does not mean the ad was seen. We should consider replacing the term viewability with the wordier, but more accurate, "At-Least-Briefly, At-Least-Partially In-Browser Rate."

No matter what you want to label it, as long as a publisher's revenue is tied to the new viewability definition, it will respond accordingly; which is to ensure ads on its site are upfront, and in view, even if that may directly conflict with the site's aesthetics. The unintended consequence however, is that publishers are already redesigning their sites not to improve the user experience, but to increase the number of in-view banners. In our quest to raise in-view ad percentages, we're developing sites that ignore the consumer and ignore the effectiveness of each ad individually.

An interesting historical example of publishers responding to changes in the industry is Google's introduction of page rank and the rise of SEO in the early 2000s. The unintended consequence of this change was the introduction of content farms and text-heavy sites that rank well for various keywords. Publishers placed metatags and other "relevant keywords" in random parts of the site with the hope of indexing higher according to Google's new algorithm. The result for the consumer was a confusing gobbledygook of text at the bottom of articles and other site pages.

The risk of viewability having a similar unintended consequence is very real. Publishers, due to the commoditization and declining CPMs of banners, are willing to make site changes that were previously unthinkable -- all in the name of protecting ad revenue. The rise of full-page interstitials, pop-ups and site takeovers are obviously examples. Early data points indicate that if advertisers care about a percentage, publishers will game whatever it takes to raise that particular percentage. Just look at some of the sites that rank highest in viewability (if you can find two vendors that even come close with their reporting, which is a whole other can of worms) and you'll see layouts that prioritize ads over content. As long as publishers get paid on these figures, we'll see more examples of ugly, uninspiring sites that look more like a classifieds section.

At the end of the day, no one walks away a winner with the new definition of viewability. Publishers will be forced to redesign their sites and prioritize ads over content in order to receive payments. Meanwhile, advertisers will pay for ads that may have been visible for half a second, and will likely appear on pages increasingly jammed with "in-view" ads. And consumers, who have come to enjoy a web that is rich and visual in nature, will suffer as they drown in ads. In a world where we're trying to prioritize ad effectiveness, viewability might just lead to more wild cobras. 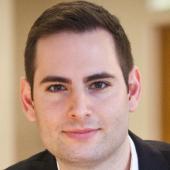 Ari Lewine
Ari Lewine is co-founder and chief strategy officer of TripleLift, a native advertising technology company.
View all articles by this author