Celebrities, sports stars and even animated characters are going commando across Britain in support of MCAC, the Male Cancer Awareness Charity.

The campaign, by independent agency Lucky Generals, is asking men to ditch their underwear on Friday, March 7 and wear a distinctive blue sticker – designed to look like a pair of Y-fronts -- to announce to the world that they are "going commando."

More than 100,000 free stickers will be distributed at the stores of betting shop Paddy Power, one of Lucky Generals' clients. Other brands, including Google, Virgin, Red Bull, Heineken, Sky and Tetley tea will be making the stickers available at their headquartes. The ad community is also on board, with most of London's creative and media agencies, including Adam & Eve/DDB, AMV BBDO, OMD, Grey, Starcom MediaVest, McCann, TBWA and Wieden + Kennedy supporting the cause.

Patrick Cox, CEO of the MCAC, which focuses on bowel, male breast, prostate and testicular cancer, said in a statement, "Early detection and early treatment are the two most important punches that can be thrown in the fight against male cancer. Guys are dying of embarrassment, because we don't like to talk about anything 'down there.' This campaign was designed to spark conversation, making men more aware of their bodies and ultimately save lives."

A film promoting the initiative shows underpants and boxer shorts being cast out of trains, swinging from trees, thrown into litter bins, raining into a park, and even riding on a conveyor belt in a sushi restaurant, accompanied by a series of famous names announcing, "I'm going commando." A voiceover suggests, "Don't wear your undies, do wear a sticker." 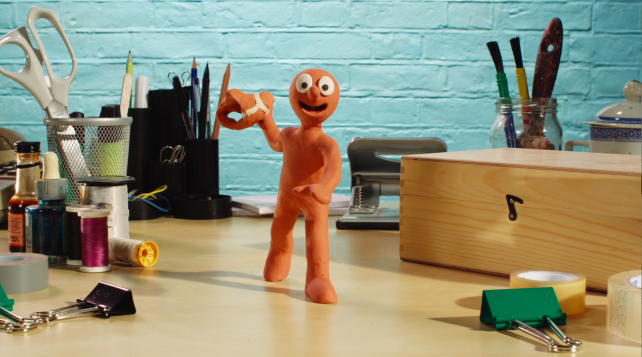 Danny Brooke-Taylor, founding partner of Lucky Generals, said, "This is a simple idea, but one we hope could have proper cultural impact. And it's great for us lazy blokes because, for a change, we're asking people to do one less thing for charity."

The new campaign marks a change towards work that inspires conversation. MCAC previously produced more shocking videos, including "How to check your balls," featuring lingerie model Rhian Sugden in 2011, and another in 2012 starring Bridesmaids' Chris O'Dowd as health and safety officer at the topless female trampolining world championships.