Media Outlets Beclowned Themselves With the Merry Little Christmas Outrage 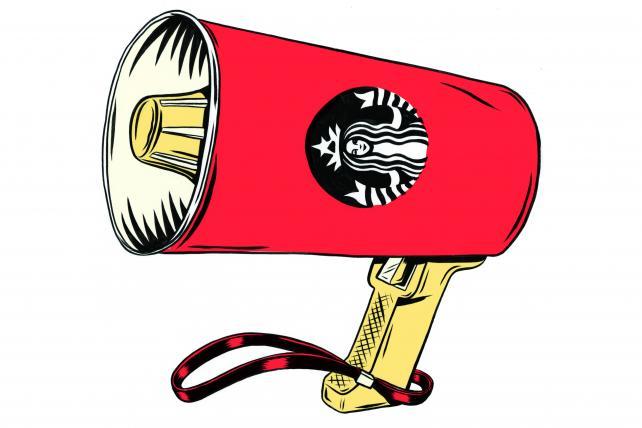 The so-called outrage was just media sound and fury signifying nothing.
Credit: Illustration by Kelsey Dake for Ad Age

It was about four hours into the first full Day of Christmas Outrage and I was trying to figure out how this particular round had come about. Starbucks had released a red, white and green holiday cup. And apparently Christians around the country were steaming! Or so CNN and other TV news outlets and tabloids kept telling me.

But the weird thing was, none of the Christians in my Facebook feed -- and there are a lot of them, some of them pretty serious evangelicals -- seemed angry about it. In fact, a number of them seemed over the outrage before it began or even outraged about the outrage. Messages ranged from "Get over it" to "If your faith is shaken by a coffee cup, you've got problems" to "Leave my Starbucks alone!"

I was already cranky about giving in to the self-generated pressure to put a reporter on the story because when it reaches this level of media coverage, it does become a marketing and public relations story.

And then I saw his face. His smug, bearded face, right there on national TV, on CNN. It took me a moment to place him because he didn't have his ever-present backward baseball cap and he wasn't talking into his dash cam while driving his SUV.

If you aren't religious or don't know really religious people online, you've probably been spared the sight of this Frat Bro for Christ -- or, according to his official biography, "former pastor" and "an American evangelist, internet and social media personality." (Go ahead and Google him. I'm not throwing him any more traffic.)

He's starred in many a "viral" video in which he "destroys" atheists, evolution, proabortion arguments, Charles Darwin and Adult Swim's "Black Jesus" (not because Jesus is black, but because he smokes weed).

What he mostly destroys is my belief in the American education system.

I'm not going to write an entire column about the stupidity of the War on Christmas. Partly because it's not good for my mental health. But also because I already wrote one in 2010 when the American Family Association (for once) succeeded in bullying a retailer to drop the evil word "holiday" from its marketing.

But I am, to quote the Weekly World News' Ed Anger, "pig-biting mad" that the media so gladly contributed to Feuerstein's bottom line.

Because make no mistake about it, Feuerstein might be an idiot when it comes to logic and science, but he's no dummy when it comes to social media promotion and marketing. (This is also not a column about what marketers should learn from him.)

What he really is, is the social media and millennial version of the great 1980s televangelists.

On his website, you can buy a DVD. For as low as $10, you can "partner" with him. You can buy gear. But the videos are where the real action is.

But as UnitedLiberty.org pointed out, the good stuff is down in the comments, where the first three are from the man himself (Feuerstein, not Jesus). There, he reminds viewers and readers to use his specific hashtag, then he links to his own blog post, then he tags Glenn Beck, Rush Limbaugh, Fox News, CNBC and MSNBC (but, oddly, not CNN).

Below that is a stream of comments mocking Feuerstein's latest effort.

That's irrelevant. On the web, as on TV, it doesn't matter why people are watching or what they're saying, as long as the clicks keep coming in. And they'll keep coming in when you get yourself and your ridiculous crusade on national TV, with breathless journalists proclaiming that Starbucks was going to be boycotted by an army of outraged right-wing Christian conservatives.

Never mind that the Catholic League, not exactly known for turning the other cheek, had this to say: "It's so trivial that the Catholic League will not be commenting on the situation." Or that Bob Brady, of the Alliance of Confessing Evangelicals, told Ratter.com that the group did not have an official statement, but "would love to mention that this is a crazy debate."

Forget that the Breitbart.com post that "inspired" Feuerstein was tongue-in-cheek. And that the conservative National Review called the supposed outrage "insane" and went so far as to say, "If you are part of the group that's responsible for this embarrassment, you should be nothing short of ashamed of yourself."

CNN couldn't let that get in the way of its coverage. Fox News wasn't going to resist opening "War on Christmas" season. Tabloids weren't going to pass up such easy online clickbait. Liberal sites couldn't resist the temptation to hold up another shining example of their political enemies making fools of themselves.

But now we see who the fools were (yes, including me). This entire outrage and boycott story line was literally one guy shouting on the web and watching the clicks just roll in.

OK. So maybe two guys. After half a day of round-the-clock coverage, noted Christian and churchgoer Donald Trump got in on the action.

Which tells you all you need to know about this entire situation. Feuerstein, Trump, cable TV and tabloid news outlets. They all live in the same ethical zone in which there is no such thing as bad publicity, where ratings points, clicks and views trump everything, including truth, coherence, tact, logic, faith and basic human decency.