The List announces 'Ask About It' social media campaign 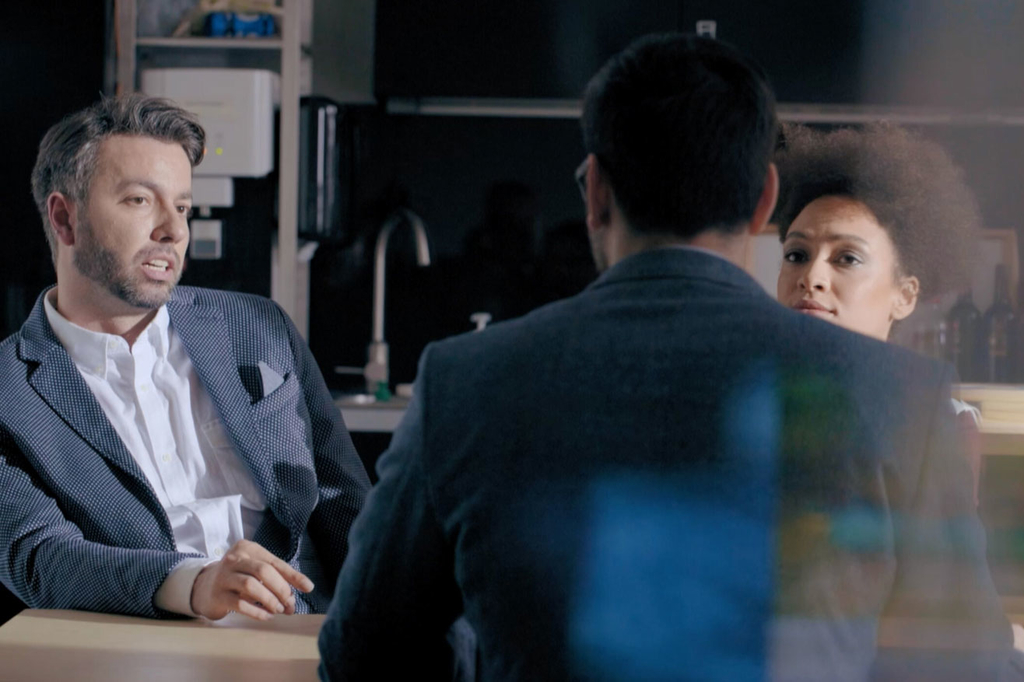 In April 2019, Ad Age and Facebook partnered to create The List—31 advertising and marketing executives tasked with identifying one of the industry’s largest issues and finding creative ways to solve it. More than two-thirds of the group said that better policies for working parents—including paid family leave—was their top priority.

Over the next year, the group surveyed companies and workers to better understand the different family leave policies being offered to employees throughout the industry and to identify areas where improvements could be made.

After extensive research with partners Morning Consult and Fatherly, whose respective CEOs Michael Ramlet and Mike Rothman are members of The List, they found that most people who ask about family leave do so after it’s too late—either after they've been hired at a company or are years into employment. They also identified a common stigma: the perception that taking family leave indicates a lack of commitment to one’s company or personal career.

These findings were the inspiration for The List’s “Ask About It” campaign, which rolls out today across social media.

Ask About It encourages everyone—from assistants to CEOs—to ask their employers and HR departments about their company’s family leave plan. The mission? To encourage awareness and better policies and to destigmatize the conversation.

“Regardless of where organizations are on the journey to create more positive environments for working parents, it starts with awareness,” explains Rothman.

The campaign’s goal is “create broader awareness around both the ethical and business imperatives for companies to provide better benefits to working parents,” Rothman says.

From asking about it to #AskAboutIt

For the past year, members of The List have personally seen the benefits of talking about family leave at their own companies.

After the first meeting of The List, member and Branded Entertainment Network CEO Ricky Ray Butler was inspired to learn more about his company’s family leave policy. It wasn’t until he asked the HR department that he learned employees’ needs were not being met. The responses he received prompted him to overhaul the company’s entire policy.

“Even as an executive of a company who was running all of the operations, I never really thought about what the parental leave package looked like,” she recalled on a recent panel at Sundance Film Festival’s Female Quotient Equality Lounge. When Randolph did approach HR about her options, the conversation was eye-opening.

“I was really surprised by how complicated the process was, even for a company that had the infrastructure in place.”

She is currently in the process of rewriting the company’s family leave policy.

Santiago Gómez Bernal, another member of The List and Danone’s senior brand manager, pointed out in a recent interview that having an understanding of your company’s policies is important whether you’re planning to have kids or not.

“Even if you’re not becoming a parent, you never know what is going to come,” Gómez Bernal says.

The Ask About It campaign encourages people to ask not only about maternity and paternity leave, but also family policies that cover leaves of absence for situations such as a sick parent or spouse.

A dedicated campaign website will provide employees—regardless of rank or title—the knowledge, data and insights necessary to have a productive conversation with HR managers or executives.

The campaign rollout corresponds with the 27th anniversary of the Family and Medical Leave Act, which was the first law in the United States to require that companies offer job-protected and unpaid leave for qualified medical and family reasons. When it was enacted in 1993, it was a significant moment for the American workforce, but over the past few decades, it has become increasingly clear that workers need even more.

The Family and Medical Insurance Leave Act—a.k.a. the Family Act—co-sponsored by Rep. Rosa DeLauro (D-Conn.) and Sen. Kirsten Gillibrand (D-N.Y.), is making its way through Congress now, and its proponents are hopeful that the House will pass the bill this year. Advocates for the Family Act are testifying before the Workforce Protections Subcommittee of the Education and Labor Committee in Congress this afternoon.

The List hopes that in having these conversations and raising awareness, everyone will be able to strike a healthier balance between their career and their personal lives.

Learn more about #AskAboutIt ​​​​​here, and join the conversation.