The number of people of color in ads fell by nearly 7 percentage points over the past year, according to a study of roughly 1 million national ads from TV and video ad server Extreme Reach.

Using artificial intelligence, validated by manual sampling, Extreme Reach distinguished race & ethnicity, gender, and age of the actors appearing in the ads from Jan. 2019 through Oct. 2022.

The number of actors of color in advertisements increased during 2020 and 2021, after the momentum of the Black Lives Matter movement in response to the killing of George Floyd and other police brutality cases. But the percentage of actors in ads identified as diverse decreased from 34.5% in 2021 to 27.6% in 2022, according to the study.

Data showed a decline across 17 measured advertising verticals, including automotive, fitness and technology, and fashion & apparel.

“This is about putting out to the industry that, as a whole, we are not seeing representation at the level that we hear it being discussed,” said Melinda McLaughlin, chief marketing officer of Extreme Reach. “We all know that marketers do wield enormous power in affecting sort of the cultural norms and how certainly children at a young age begin to create a sense of what people do from the people and situations that they see in advertising.”

The findings also show that roughly two-thirds of the faces seen and voices heard in ads are male. Extreme Reach did not find a single industry in which women’s faces or voices were as common as men’s. Three large ad verticals—retail, food & beverage and sports—include female voices at a higher percentage than they are seen.

The restaurant ad vertical, made up of 83% actors appearing to be adults ages 20-39, was found to be the most diverse, featuring the most Black and Asian actors and ranking among the top 5 verticals depicting Hispanic/Latino actors.

“Some customers, we were already helping them tag other diversity categories, even without AI,” said Andrew Blake, a U.K.-based data scientist who performed the study analysis and is director of product - analytics & AI for Extreme Reach. Now, Extreme Reach can track details including “body type, hair type, hair color, disabilities [and] gender context,” Blake said, including whether gender roles are shown in stereotypical ways.

Extreme Reach is hoping to expand the benchmark and make it even more accurate, said Blake. Researchers are in the process of taking specific indicators that are being manually described and feeding them into the software in order to train future models. This may include factors such as diversity of body type/size, representation of people with disabilities, and breakdowns of who performs which actions in ads (i.e., driving, shopping, household chores, etc.). 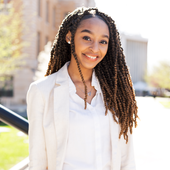