The #TapeOutHate campaign was conceived by Anomaly and done in partnership with the Hockey Diversity Alliance
READ THIS NEXT
Corona’s new beach music festivals tie into its sustainability push—and sunsets
Credit: Budweiser Canada

A Budweiser Canada ad featuring NHL players of color speaking candidly about experiencing racism in hockey has become one of the most popular campaigns in the brand’s history, drawing nearly 200 million earned traditional and social impressions over the weekend, the beer maker said.

The campaign, titled #TapeOutHate, was conceived by Anomaly and done in partnership with the Hockey Diversity Alliance, a group aimed at making the overwhelmingly white sport more inclusive. The HDA was founded by current and former NHL players in the summer of 2020, shortly after the killing of George Floyd.

In one part of the ad, which included a raw, roundtable-like discussion in the middle of a locker room, Toronto Maple Leafs forward Wayne Simmonds, who is Black, told his peers he wasn’t sure whether he’d allow his daughter to play hockey if it meant her having to face the same racism as said he faced. In 2011, Simmonds had a banana thrown at him during an NHL game in Canada.

"It was gut-wrenching to hear," D’Agostini said of the players' stories.

A 60-second version of the ad, which was censored due to language, debuted Saturday on TV on "Hockey Night in Canada," the equivalent of "Monday Night Football" in the U.S. Uncensored and censored two-minute, 27-second versions of the ad made the rounds Saturday on digital channels and social media, where it generated nearly 14,000 online social mentions over the weekend, a Budweiser Canada record. D’Agostini said the feedback has been "overwhelmingly" positive.

Rolls of hockey tape, emblazoned with the phrases "#TapeOutHate" and "Racism has no place in hockey," were used by several NHL players Saturday and sold by Budweiser Canada as part of the campaign. The initial batch sold out within six hours of release, the brand said. One dollar from each sale is to go directly to HDA, which was approached by Budweiser a year and a half ago about the campaign.

Related: How advertisers have invested in Black-owned media—Checking in on their pledges

In addition to Simmonds, the ad included HDA members Minnesota Wild defenseman Matt Dumba, who is of Filipino descent; Colorado Avalanche forward Nazem Kadri, who is of Lebanese descent; Florida Panthers forward Anthony Duclair, who is of Haitian descent; and former professional player Akim Aliu, who is Nigerian.

“We had this idea but we needed to partner with someone to bring it to life,” D’Agostini said. “And there was no better partner than the HDA because they were the players affected by this, going through this and living this day by day.”

The group of players, who helped found the HDA, spoke about their experiences for about an hour in front of the camera, D’Agostini said, though not all of it made it into the ad.

Other portions of the final spot featured players scrolling past hateful messages from hockey fans over social media.

In a press release announcing the campaign, the 32-year-old Aliu said he was "ten years old when an opposing team member's parent called me a racial slur on-ice for the first time."

In 2019, Aliu said that his former coach, Bill Peters, used a racial slur toward him while Aliu was in the minor leagues in 2010. Peters later admitted to using the racial slur, and resigned from his position as head coach of the Calgary Flames shortly thereafter.

"This month marks 64 years since the first Black professional hockey player—Willie O'Ree—made his NHL debut, and yet, acts of racism towards Black players remain prevalent at all levels of the sport," Aliu said.

The NHL, which has its own campaign, titled, “Hockey is for Everyone,” declined multiple offers to partake in the Budweiser Canada-HDA-Anomaly collaboration, a decision that Aliu slammed and characterized as “pettiness,” in an interview with the Canadian sports outlet TSN.

In a statement to Ad Age, the NHL said that it "applauds our partner Budweiser and the Hockey Diversity Alliance for their efforts to promote diversity and inclusivity in the sport of hockey," and promoted the campaign on its digital platforms, but offered no explanation for why it declined to take part in the campaign.

"We respect their decision," D’Agostini said. 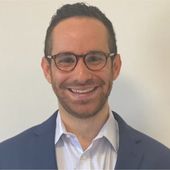 Mark Fischer is a web editor at Ad Age. He previously worked in sports media as a digital editor and writer for the New York Post and New York Daily News.