How to capture the fleeting attention of mobile gamers

The pandemic supercharged in-app and mobile display advertising as consumers spent much of their quarantine time on devices. To take advantage, many brands shifted advertising dollars to mobile apps.

Of course, the sudden blitz of apps meant increased competition in the Apple App and Google Play stores, presenting a major challenge for mobile game publishers who had traditionally dominated much of the market share.

For industry marketers, the mobile gaming landscape has arguably never been more popular or competitive. In fact, mobile games have become more popular than the movie and sports industries combined and are surging past PC and console gaming,

With mounting competition, how can mobile game developers use advertising to grab attention in a crowded market and drive downloads of the games they meticulously crafted? And how can they do so affordably? Here are the best places to start:

Optimize your product page in the app stores

Before advertising a mobile game, it is essential to optimize your product page in the app stores, building out the game’s visual identity in a way that conveys its appeal and quickly entices players to install. After all, what’s the point of spending thousands of dollars on mobile ads if they lead users to a dull or confusing product page?

The first step is to select an effective game title. It should be easy to remember, interesting and clearly convey what your game is about without requiring the player to do extra research.

Next comes the app icon, the visual representation of your game distilled down to a single graphic. It’s also what a player will be tapping anytime they decide to engage with your product. Thus, it needs to be easy to recognize, stand out in a crowd and provide insight into what the game promises. When designing an icon, it’s important to think about your target audience and what will compel them to tap on the app and continue to use it after download.

Next—and this is one of the most important elements—is the inclusion of promotional videos and screenshots of the game itself. This is your time to show users what they can expect from your game. Authenticity is key: Let the game’s visuals speak for themselves by focusing on core features and the value your game provides to players.

Finally, you’ll need a description that clearly explains the game’s key features. Though few players read the description, its primary purpose is to link to relevant keywords that influence your organic ranking in app stores. These rankings determine where a game shows up among similar apps when a player searches for a keyword.

Use video to advertise your mobile game

Once your product page has been optimized for the app store, the next step is to get the word out through advertising.

Though there is never a one-size-fits-all approach, video reigns supreme when promoting mobile games. In today’s competitive market, static banner ads often don’t do enough to catch the attention of players with well-documented dwindling attention spans.

When developing video ads, be sure to include gameplay footage that provides an accurate representation of what users can expect. Keep in mind that the first five seconds are the most important, so frontload the ad with arresting visuals and tie them to a compelling narrative to further draw the player in.

Finally, be sure to include an end card with a clear call to action. A simple “install” or “play now” button coupled with the game’s title and icon are the simplest formats. However, if resources allow, look toward interactive or playable elements that give prospective players the opportunity to interact with the app as part of the ad experience.

Of course, there are a plethora of options when it comes to where to advertise your game, but many are cost-prohibitive and unrealistic for smaller businesses. Fortunately, there are several options that are effective and affordable.

One of the best ways to advertise is through a variety of channels that include mobile display networks, demand-side platforms and social media advertising. All of these have a tremendous gaming presence with hundreds of millions of engaged users globally. Each is attractive because publishers can easily target specific demographics, campaigns are quick to set up and the ads often show up where mobile gamers already are—in other mobile games.

Another way to advertise a mobile app is by purchasing ads directly in the Apple App and Google Play stores. While this can sometimes be more expensive than buying mobile display ads, it’s a way to place your app directly in front of users who are already browsing for a new game, so there is strong intent to install among these players.

Competition among mobile games is fierce and continues to intensify. But with increased competition comes the possibility of increased reward, as the addressable player base continues to climb. Publishers that thoughtfully optimize their game’s store pages and leverage strategic advertisements have a real shot of driving downloads and connecting with mobile gamers across the globe. 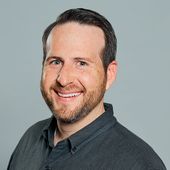 Rory Phillips is director of marketing at Brainium Studios, an independent mobile game company in Portland.

Serena Williams retires—a look back at her ad legacy

ANA and 4As release new guidelines for diverse media suppliers

Domino’s Pizza is closing all of its Italy locations

Ad Age Leading Women event returns and ‘Password’ gets a reboot: The Week Ahead