These 10 figures chronicle the musician-turned-entrepreneur’s rise to billionaire status
READ THIS NEXT
How research drove the bold rebranding of an iconic company
Credit: Kendo

Rihanna is the globe's newest billionaire, landing on Forbes’ list of America’s Self-Made Women, where her net worth is estimated to be $1.7 billion. Though her musical career has contributed heavily to the power of her celebrity, it’s Rihanna’s marketing prowess for her business ventures, including cosmetics line Fenty Beauty and lingerie line Savage x Fenty, that has helped accelerate the 33-year-old's rise.

Below, Ad Age compiled a list of 10 other figures that help chronicle the Barbados-born, musician-turned-entrepreneur’s growth track.

50: Number of shades of foundation offered by Fenty

When Rihanna in 2017 first debuted Fenty—which is co-owned by LVMH Moët Hennessy Louis Vuitton—its “Beauty for All” marketing message resonated with scores of shoppers, and served as a wakeup-call for other beauty players, many of which have since developed more inclusive offerings. 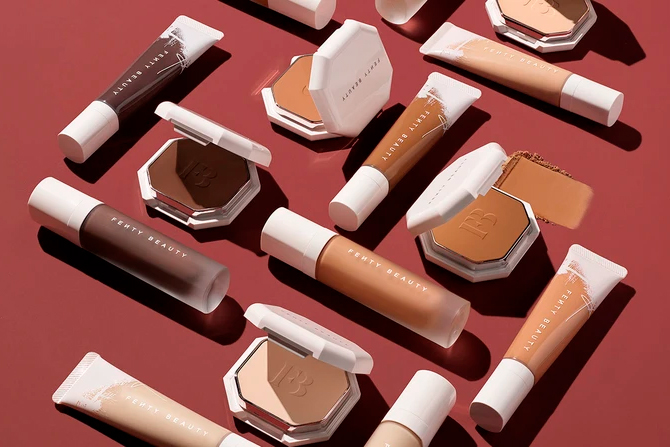 The brand regularly engages with fans on the social media platform through product drops and tests. Such marketing has helped Fenty resonate with younger consumers in particular, experts say.

Rihanna’s lingerie line launched with subscription-based fashion site TechStyle Fashion Group. Like her beauty line, the undergarment collection has celebrated a diverse spectrum of shoppers, marketing offerings for all shapes and sizes.

Since signing with Def Jam in 2005, Rihanna has had a 16-year career. She recently announced she has a new album coming soon.

According to Forbes, the figure exceeds that of competitor Kylie Cosmetics, the beauty line from Kylie Jenner.

The funding came from private equity firm L Catterton earlier this year. The new financing, which values the brand at $1 billion, is expected to help the lingerie brand expand into brick-and-mortar retail locations at a time when rival Victoria’s Secret is under rebrand.

The estimate, which is according to Comvergence figures, does not include digital marketing. With a smaller media budget for her brands, Rihanna has relied on innovative creative ideas like a recent #SavageNotSorry effort with Mojo Supermarket that attracted viewers by adding fake censorship warnings.

She was named the women’s creative director for the footwear brand in 2014, and helped grow Puma’s style profile, particularly with female customers. Rihanna ended the collaboration in 2018.

Announced in 2019, the luxury collection of apparel and accessories was another partnership with LVMH, but executives put the line on pause in February during the pandemic.

The singer's billionaire status was announced and triggered a flurry of searches.