Brand owner Ryan Reynolds called the script created by the AI-powered text engine ‘eerie,’ and ‘mildly terrifying’
READ THIS NEXT
McDonald's to open 1,900 locations this year

While the consensus from the creative community is that ChatGPT is not quite ready to churn out pristine ad copy, that’s not stopping Ryan Reynolds and Mint Mobile from giving it a shot. In a video released today, the actor and part owner of the wireless brand is shown describing how he used the AI bot to write a script for the brand.

He shared the video on his social channels this morning. It shows him sitting in a warm, wood-paneled room, explaining how the ad came to be.

You knew it was just a matter of time until we did this (extend the @MintMobile savings with @OpenAI, that is). pic.twitter.com/uf2jblpG2j

“I said, ‘write a commercial for Mint Mobile in the voice of Ryan Reynolds,’” Reynolds said. “‘Use a joke, a curse word, and let people know that Mint’s holiday promo is still going.’”

Reynolds, looking into the lens with a piece of paper in hand, proceeds to read what he says ChatGPT wrote: a script with everything he asked for—an output he calls “eerie,” and “mildly terrifying.”

The “joke” ChatGPT wanted Reynolds to read went like this: “And hey, as an added bonus, if you sign up now, you’ll get to hear my voice every time you call customer service. Just kidding, that’s, that’s not really a thing.”

Mint Mobile will share the ad on Twitter, Instagram, Snap and Facebook, said Mint Mobile Chief Marketing Officer Aron North. He added that the ad cost Mint “next to nothing to produce,” but did not provide exact figures.

“The script was written by ChatGPT, we shot Ryan using a mobile phone, and the edit was finalized internally via Maximum Effort,” he continued, referring to Reynolds' ad agency that is the lead shop for Mint Mobile.

North added that the team believes this is  “the first formal ad to be made using ChatGPT” because they worked closely with the ChatGPT team on the content, and haven’t “seen any other brand partner with the organization in this capacity before.”

Mint Mobile, a challenger brand to larger wireless brands such as Verizon, is known for quick turnaround ads on hot topics. ChatGPT has generated plenty of headlines of late for what the AI-powered text engine can and cannot do.

Reynolds purchased an ownership stake in Mint in late 2019. 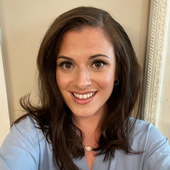