Smelling Blood tn the Water, Disney Bumps 'Nightline' for Pre-Midnight Couch Banter
READ THIS NEXT
Addressing the biggest challenges in a privacy-centric world

ABC said Tuesday that it plans to move "Jimmy Kimmel Live" to 11:35 p.m. from midnight next year, pushing the long-running news program "Nightline" into a later hour. The maneuver could establish Mr. Kimmel in the time slot long dominated by his older competitors, Jay Leno and David Letterman, both closer to the end of their careers than the beginning.

The Walt Disney network said Mr. Kimmel's program would start just after late local news beginning Jan. 8, a move it will promote at the end of 2012 with its long-running New Year's Eve countdown and coverage of college Bowl championship games. 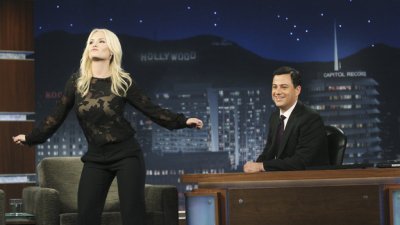 To be sure, Mr. Kimmel's program is not No. 1 in late-night, an honor that has long been held by Mr. Leno's "Tonight" program on NBC. But Mr. Kimmel's show has also been at a disadvantage, starting about half an hour after "Tonight" and CBS's "Late Show." Most TV executives are keenly aware that the available audience for late-night programming dwindles steadily as the clock ticks, meaning that Mr. Kimmel's program usually gets under way with fewer potential viewers. Mr. Leno and Mr. Letterman (as well as various cable rivals) have been getting first dibs.

All that said, Mr. Kimmel's overall audience has been getting a little larger. His show attracted 3% more viewers in the 2011-2012 season than in the season prior, according to ABC, generating its most-watched season in five years. ABC said the program was the only one in late night to do this in the past season.

Mr. Kimmel's rivals are growing long in the tooth. Mr. Letterman recently extended his contract with CBS through 2014, ensuring he will surpass Johnny Carson as the late-night host with the most consecutive years on air. Mr. Leno successfully relaunched his late-night show in 2010 after his and NBC's prime-time experiment failed, but new brass at NBC Universal seem to have him under some scrutiny. Mr. Leno recently agreed to take a pay cut and dismiss some staff to keep the costs of his program in check.

"We are looking at a landscape with two entrenched guys who are starting to fade," Anne Sweeney, president of Disney/ABC, told The New York Times.

Once set up in the 11:35 p.m. slot, Mr. Kimmel would be able to establish himself from a broadcast-network roost while Jimmy Fallon continues to work a later shift on NBC and Conan O'Brien, Jon Stewart, Chelsea Handler and Stephen Colbert chase different niches on cable.

ABC said the scheduling move would create higher ad demand and more ad revenue for the program. Advertisers routinely pay less for time slots that air after midnight, to the point that most networks have rearranged their late-night ad breaks in recent years to bring more commercials into the first half hour.

The "Kimmel" move also finally lowers the boom on an 11:35 p.m. edition of "Nightline." Comparing "Nightline" to "Tonight" and "The Late Show" can be tricky because "Nightline" ratings are based on just a half hour before midnight while they other two must incorporate post-midnight audience patterns into their numbers. But the news show has continued to general good ratings for ABC. It's also a sentimental favorite among viewers who recall its as a more a serious program hosted by Ted Koppel, with origins in covering the Iranian hostage crisis of the late 1970s.

ABC has in the past courted other late-night potentials, including Mr. Letterman and Mr. Leno, but discovery of such talks has usually sparked backlash from news aficionados, including ABC News insiders. ABC said Tuesday that it will move "Nightline" to 12:35 a.m., essentially assuring it attracts a smaller audience, but also said it would give the show a full hour in prime-time on Fridays starting in the spring of next year. To make room for the Friday "Nightline," ABC will move its ABC News program "What Would You Do" to a undisclosed time slot.