The live musical pulled a 2.6 rating in the key demo
READ THIS NEXT
Facebook offers millions of dollars in refunds to advertisers tripped by measurement mistake 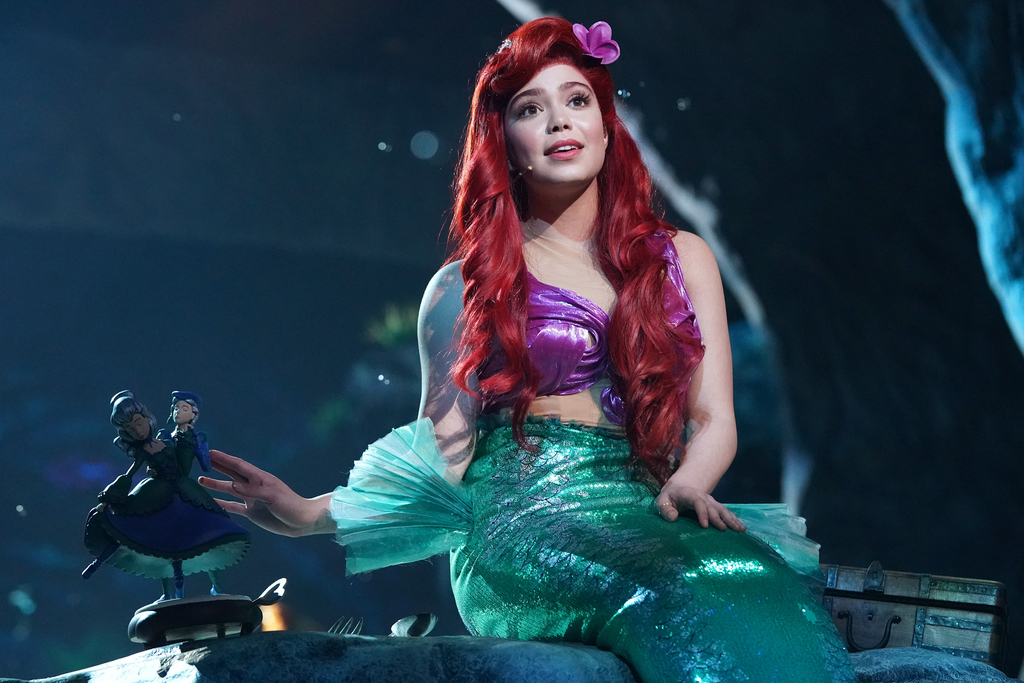 ABC’s airing of “Little Mermaid Live” delivered solid ratings for the alphabet network, but perhaps, even more importantly, it served as yet another vehicle for parent Walt Disney to promote its upcoming streaming service.

The live stage show, which actually was a mix of scenes from the original animated film and live performances from stars Auli’I Cravalho, Queen Latifah, Shaggy and John Stamos, was watched by 9 million viewers and pulled a 2.6 rating in the all-important 18-49 demographic. This made it the fourth highest-rated live broadcast musical since NBC revived the genre in 2013 with “The Sound of Music Live!”

It was the first foray for ABC into live musicals, a genre that has seen its popularity peter out since 18.6 million people tuned in to see Carrie Underwood star in NBC’s “The Sound of Music Live!” NBC indefinitely postponed planned live musical versions of “Bye, Bye Birdie,” which had Jennifer Lopez set to star, and “Hair Live!”

The most recent live musical, Fox’s “Rent,” (which actually ended up airing taped due to a cast injury), pulled just 3.4 million viewers and a 1.4 rating. Fox’s “Grease: Live,” in 2016, the last high-rated live musical, was watched by 12.2 million people and pulled a 4.3 rating.

But for the Mouse House, putting on “The Little Mermaid Live” was surely more than just a move for ratings. Conveniently, the musical aired just days before the debut of its highly anticipated Disney Plus streaming service. And while there’s been no shortage of marketing around the service, “The Little Mermaid Live” served as yet another vehicle to promote the platform.

The first commercial break of “Little Mermaid Live” was dedicated to a 60-second spot for the service. While ABC only aired two 90-second commercials for Disney Plus, according to iSpot.TV, the spectacle served as a vivid reminder of what the Mouse House can offer. There were also promos for “Frozen 2,” which hits theaters later this month, and even a Kohl’s holiday commercial featured Disney toys.

And for ABC, “Little Mermaid Live” was an important ratings boost in an otherwise lackluster season. The network was averaging a 0.8 rating in the demo as of Sunday night. In comparison, Fox is averaging a 2.1 rating, NBC a 1.5 rating and CBS a 0.9 rating.