'America's Got Talent' Fuels Up With Dunkin' Donuts 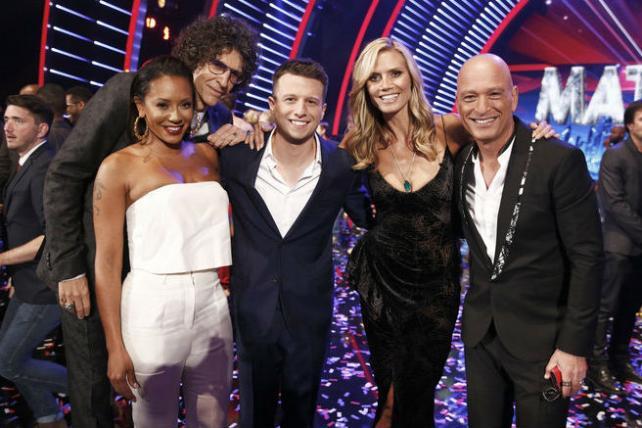 If the "America's Got Talent" judges this season appear even more bright-eyed and bushy-tailed than usual, it may have something to do with the show's newest sponsor.

Boston-based coffee purveyor Dunkin' Donuts has signed on as a full-season backer of NBC's hit variety show, in a deal that should yield heavy exposure for the brand. Per terms of the agreement, Dunkin' Donuts will be featured throughout each of the 26 episodes of "America's Got Talent"; placement includes cups of joe conspicuously perched in front of judges Howard Stern, Heidi Klum, Howie Mandel and Mel B.

"AGT" also has constructed a Dunkin'-branded lounge in which host Nick Cannon and various contestants can cool their heels during the midseason live shows. (The weekly live performances will begin airing on Tuesday, Aug. 11.)

Dunkin' effectively replaces Snapple, which held a similar, if less expansive, stake in "AGT" over the course of the last three seasons. "Dunkin' Donuts had been interested in the show for a couple of seasons and they kind of jumped on it when it became available," said Sari Feinberg, exec VP, Client Solutions Group, NBC Entertainment. "As they've been expanding their national footprint they were looking for an opportunity of this magnitude."

The nation's No. 7 quick-service restaurant chain in 2013 invested $121 million in measured media, according to Kantar Media estimates.

Other elements of the Dunkin'-"AGT" deal include a branded social media effort that will allow viewers to "save" a favorite contestant who may be in danger of being voted off and a series of behind-the-scenes "'AGT' Runs on Dunkin'" segments that will incorporate several sponsored segments from the audition phase of the show.

The "Runs on Dunkin'" segments and the branded lounge also will be featured on the "AGT" website.

"Their involvement goes way beyond the cups," Ms. Feinberg said. "What we hope viewers will come away with is that this is a true partnership. Dunkin' Donuts helps fuel the production of the show and keeps everyone going."

Competition-show pile-up
Season 10 of "AGT" bows tonight., going head-to-head with the fifth installment of ABC's seven-part game show "500 Questions" and the first half of the season premiere of "Extreme Weight Loss." Other competition includes Fox's reboot of "Are You Smarter Than a 5th Grader?" and "Hell's Kitchen."

"AGT" in 2014 was far and away the most-watched summer program on broadcast TV, averaging 10.2 million viewers to runner-up "The Bachelorette"'s 6.76 million. It also tied CBS's "Big Brother" as summer's highest-rated show, averaging a 2.2 in the adults 18-49 demo.

While overall deliveries were up slightly from the year-ago 10.1 million viewers, the "AGT" demo fell 12% from a 2.5 rating.